The true believers gathered in Vancouver, filling the roster of speakers and delegates at EV 2010, an electric vehicle conference in its third year and growing.

They talked of EV technology, business partnerships and the latest from the Pembina Institute, a West Coast think tank. The Pembinas envision a day 20 years from now when one in every three vehicles on British Columbia's roads is electric. That's unlikely, but imagining a time when one million electric vehicles fill B.C. roads is at least an entertaining exercise in optimism.

For starters, oil demand would be reduced by about 12 million barrels per year. How much is that? More than twice the oil BP's exploding rig spilled in the Gulf of Mexico. B.C. greenhouse gas emissions would be cut by 7 per cent, too.

Click here to read Jeremy Cato's blog, Driving It Home. Check back often for his insights on the issues, the players and the products.

And they do. But only the most wide-eyed among the 300 or so delegates buys into the idea of EVs becoming a dominant force in the auto industry. But then, as I stood shoulder-to-elbow with what mostly looked like a convention of science teachers, with the odd lawyer thrown in, I heard a lot of optimism.

And the lawyers? More realism there. Immediately identifiable in their dark suits and white shirts, they were trolling for clients. Some were helping potential investors from China and elsewhere put together deals between emerging companies and established players. Others worked the intellectual property angle, critical here in the Internet age.

The intellectual property issue is a big one in Canada. We have a strong engineering and entrepreneurial culture, but much of what we create is either bought or stolen by those outside of Canada.

The story of Azure Dynamics should be a cautionary tale. This little company used to be based in Burnaby, B.C., and while in name it still is, in reality Azure has moved its operation south of the border. Azure Dynamics, a world leader in gasoline-electric hybrid systems, is in Michigan where its biggest and best client, Ford, is based. Both Ford and Azure are aggressively taking advantage of generous state and federal grants, cheap loans and tax benefits that are available to companies pushing into electric and hybrid vehicles in the United States.

Secrets of the car showroom exposed High-pressure tactics and the 'let me take this to my manager' line still exist, but the old sales strategies are slowly changing, writes Peter Cheney

We, in Canada, do not have anything like the $25-billion (U.S.) available from the U.S. federal government for companies developing EVs and EV technologies. Ford alone has received nearly $6-billion (U.S.) in assistance under this program. Ford, in turn, has used some of that money to lure Azure. Our Canadian loss is an American gain.

As Al Cormier, executive director of Electric Mobility Canada, the conference organizer, says, "If the Americans are going 100 miles an hour, we're not even past the starting line."

Peter Frise, a University of Windsor professor and CEO of the think tank Auto21, says the lack of a federal energy policy - and the funding to support it - puts Canada at a disadvantage globally. Countries all over the world, from Denmark to China, are boosting their spending on EV research and development. Not Canada.

The true believers, of course, are pushing for governments - especially the federal government - to create policies and subsidies that foster the kind of economic and intellectual climate that is critical for an emerging EV industry. If nothing else, a coherent energy policy from the federal government would be helpful here and even those who are not true believers can support such a move.

Certainly there is a case to be made for EVs in B.C., especially in Vancouver. More than 93 per cent of the electricity generated in B.C. comes from renewable sources. So a large move into EVs would not simply shift tailpipe and other emissions issues to some other location not part of a car.

The Pembina Institute also touted B.C.'s ambitious carbon tax. Interestingly, the New Democratic Party, which used to be a haven for lefties and greenies, opposed this tax - a tax brought in by the Liberal government of Gordon Campbell. (Irony: The Liberals in B.C. are actually conservatives, but that's too complicated a story to relay here.)

Here's what was obvious for anyone attending EV 2010: in a tight urban environment like Vancouver, with its smallish downtown and lack of highways and expressways, tiny EVs actually make sense. It is not a stretch to argue the perfect Vancouver transportation appliance is an EV.

And given that Vancouver is bordered by mountains which can trap not just rain clouds, but also air pollution, it's hard to argue against an EV as an everyday driver here. I mean, as the Pembinas point out, a battery electric vehicle operated in B.C. will emit 80 per cent fewer greenhouse gas emissions in its lifetime than a conventional vehicle. Gone forever, too, are tailpipe pollutants, such as carbon monoxide and particulate matter.

EVs don't make sense everywhere in Canada, but they do in Vancouver. Yet the government in B.C., despite the carbon tax, has yet to announce subsidies of any sort for the purchase of an EV. By contrast, if you are rich enough to buy a $109,000 Tesla Roadster in Ontario, the provincial government has a deal for you: an $8,500 grant.

Only the first 10,000 buyers are eligible and so most of the money will go to buyers of the Chevrolet Volt and the Nissan Leaf. Chevy had the Volt here, and was offering drives for the news media. Nissan, despite being a conference sponsor, left the Leaf home in Nashville, where Nissan North America is headquartered.

That makes them luxury cars, not mainstream rides. Remember, the average transaction price of a passenger car last year in Canada was just less than $26,000. So subsidies included, the Leaf is in the range of average, while the Volt is at the low end of premium pricing. Without subsidies, these EVs are toys for the wealthy. Middle-class people will order something like a very fuel-efficient base version of the Ford Fiesta for less than $13,000 or a Hyundai Accent for less than $10,000.

As EV 2010 wrapped up, everyone agreed that taxpayer dollars will be needed to subsidize EVs - which means subsidizing luxury car buyers and that's a tough sell for many politicians. Yet without government support, the EV business won't get off the ground. Even the true believers concede that point. 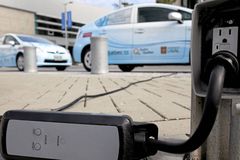 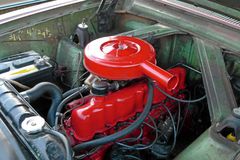 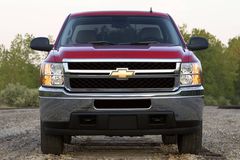 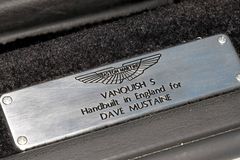 What do my insurance dollars cover?
September 21, 2010 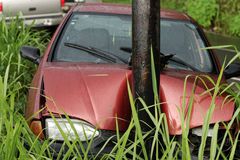