Cost is still the major factor dissuading consumers from buying electric vehicles, and until producers can find a cheaper battery - or until gasoline prices soar - zero-emission vehicles will remain a niche market, industry players say.

"When electric vehicles have similar range performance and costs to an internal combustion engine ... then there will be a tipping point where we can get to the mainstream consumer, and people will switch in high volume to hybrids and electric vehicles," Dave Pascoe, vice-president of Magna International's E-Car Systems division, said Monday.

But for the time being, Pascoe estimated that gas prices would need to top $5 a gallon (U.S.) - about C$1.36 per litre - for hybrid vehicles to appeal to the average driver.

Mazda to bring diesel cars to Canada in 2012 Mazda will launch its new Sky family of gasoline and diesel engines, with a focus on stripping out weight to improve fuel economy and lower emissions

At this price, it would take about three years for the consumer to offset the higher cost of the vehicle with savings on gasoline. At today's gas prices - about $1 per litre - it will take closer to six years, Pascoe said.

Speaking at a panel discussion on electric vehicles Monday in Toronto, Pascoe said many problems with the new technology have been eliminated in recent years, but batteries still remain prohibitively expensive.

"At today's prices electric vehicles won't go big, but costs are coming down so there's hope for the future."

Electric vehicles are a growing part of Magna's business, especially since founder and chairman Frank Stronach took control of Magna E-Car Systems as part of a recent deal that will see him receive more than $1-billion to give up his voting control of the company.

Magna announced Monday that it is opening a new hybrid- and electric-vehicle system development centre, including a battery testing facility, in Auburn Hills, Mich.

The electric vehicle division of the Canadian auto parts giant is already working on several programs, including a joint venture to create an electric version of the Ford Focus.

Pascoe said Magna E-Car Systems has "at least one other award" in the works, but wouldn't give any details. Recent reports said the company is in talks with Japan's GS Yuasa Corp. to produce batteries for electric cars in Europe.

"We'll be working with strategic partners and we do have strategic partners, drawing from their technology and also doing some internal development of our own," Pascoe said in an interview following the panel discussion.

"Batteries are the key to making it work, so that's where our biggest focus is."

Specifically, Magna is looking at developing lower-cost and higher-performance batteries for hybrids and purely electric vehicles, he said.

Electric vehicles can be powered by hydrogen fuel cells, lithium-ion batteries and other technologies like nickel-cadmium batteries.

The company is also focusing on increasing volumes by providing common components to multiple customers.

"If bring the volume up, we'll be able to deal with the cost issue, because it is a very big issue for us and our customers," Pascoe said.

Sarwant Singh, vice-president of Frost and Sullivan's global automotive practice, said hybrid and purely electric vehicles are forecast to account for seven to 12 per cent of all cars produced globally by 2020. He expects 47 different auto makers to launch a total of 75 electric models by 2015, with 35 of those coming from Chinese manufacturers.

"China is a threat, and if you look at the technology and the model plans, it could be a threat for the future," Singh said.

To get to a practical price point, he estimated that battery production would have to reach about 100,000 units a year. Economies of scale would then allow manufacturers to lower costs by 50 to 70 per cent at this volume.

Co-operation between governments, auto makers and utilities is necessary to make this happen, he added.

In a recent Toronto speech, Ford Canada president David Mondragon said only a paltry one or two per cent of drivers will make the switch to pure battery-powered vehicles by the end of the next decade

Still, Ford has invested $1-billion in electric vehicles and plans to bring five electrified models, including hybrids, to market by 2012.

A host of other auto makers, including General Motors, Nissan, Toyota and Mitsubishi also plan to launch electric vehicles within two years, making the greener transport widely available to Canadians. 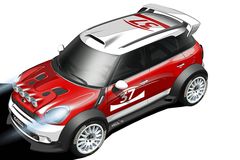 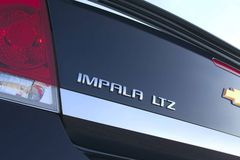 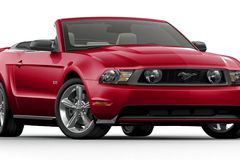 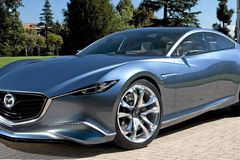