Nissan-Renault Alliance is joining the race to autonomous vehicles with a plan to have self-driving cars on the road by 2020, but the company insists that humans will always be in the loop.

The French-Japanese auto maker announced its four-phase plan last week at CES, formerly known as the Consumer Electronics Show. The first phase will see the expansion of its optional ProPilot function – which currently allows Serena minivans in Japan to drive themselves in a single lane of highway traffic – to additional vehicles.

Phase 2 will see multiple-lane capability added to ProPilot by 2018, while Phase 3 will introduce full city driving tests in Tokyo by 2020. Nissan does not yet have a timeline for its fourth and final phase – full autonomy.

"The prototype is ready and it works perfectly well," chief executive Carlos Ghosn told reporters after his CES keynote on Jan. 5. "Mass marketing is a completely different story."

Nissan doesn't believe vehicles can achieve full autonomy without human oversight, however, which is why it is co-developing its Seamless Autonomous Mobility (SAM) system with NASA. Based on the space agency's own remote-control system for the Mars rover, SAM will allow human "mobility managers" to temporarily take over cars when problems arise.

In a live broadcast from the company's research centre in Sunnyvale, Calif., executives showed CES attendees a SAM-equipped car encountering a construction obstacle while driving.

The car stopped, put on its hazard lights and sent a notification via its LTE wireless connection to an engineer on stage at the show in Las Vegas. The mobility manager, using overhead satellite imagery and the view from the car's cameras, drew a new route on his computer screen around the obstruction and sent the instructions to the car.

Moments later, the vehicle began driving the new route and, when it had safely circumvented the construction, resumed its original route. The same instructions were then relayed to a second self-driving car that was following close behind. While the first car stopped for a minute-and-a-half to get instructions, the second got around the obstacle in just 12 seconds.

The system, Nissan says, is the only way that true autonomy – where vehicle occupants won't have to intervene – will ever be feasible.

"No matter how sophisticated the artificial intelligence, we'll always find you a case where the car gets stuck," Ghosn said. "We will always need human intervention. Maybe we can overcome that some day, but I doubt it."

The self-driving rover often encounters similar obstructions while exploring the red planet, in which case it stops, enters a safe mode and awaits further instructions. NASA engineers back on earth study the issue, then transmit solutions back to the robot. Sierhuis, who joined Nissan in 2013, saw the same issues with terrestrial self-driving cars.

"Any time you drive, just count the number of times you have to do something that is not allowed because something is in the way," he said in an interview. "It happens so often, it's inevitable."

Aside from providing full autonomy to vehicles, the "mobility manager" concept could also lead to an entirely new category of jobs, akin to air traffic controllers.

Sierhuis said it is difficult to estimate how many such managers would be needed, but he expects at least one human overseer per 10 cars. With approximately 260 million cars on the road in the United States alone, that could translate into millions of jobs.

Nissan plans to put self-driving features into at least 10 of its models by 2020 and estimates about 15 per cent of the cars it sells by 2030 will be autonomous.

The company is also accelerating electrification of its vehicles and has formed a partnership with Microsoft that could see the software giant's voice assistant Cortana eventually integrated into cars.

Analysts say the company's CES announcements mean it is now firmly competing with rivals on automation, connectivity and electrification.

"Nissan's platform checks all those boxes," said Mark Boyadjis, principal analyst and manager of automotive user experience for IHS Markit. "That's the trend across the auto industry as a whole and the platform they showed is definitely hitting all those markers." 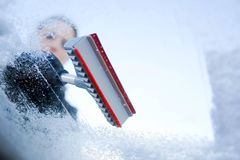 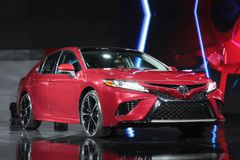