Ford is working on a radical redesign of its best-selling F-Series pickup, one that The Wall Street Journal reports "is one of the biggest gambles in its 108-year history."

Ford, like its Detroit rivals, Chrysler and General Motors, is beavering away on solutions to meet ever-tougher fuel economy rules that some in the industry think put popular and profitable pickups at risk. That is, the Detroit Three, which rely on pickups for significant profits and prestige, are racing to meet demanding fleet-wide fuel economy rules while at the same time scrambling to keep meeting the needs of pickup buyers who, for the most part, use their trucks not for image, but for work. That means pickups must be capable – capable of hauling and towing and doing so under demanding work-site conditions.

Ford, notes The Journal, is working on a plan to strip hundreds of kilograms out of the next all-new F-Series (due around 2014) by using significant amounts of aluminum. The goal is to slice 15 per cent of the F-150's total weight, thereby improving fuel economy by 10 per cent or more. "Along with the aluminum makeover, the new F-150 also is getting a more muscular look," reports The Journal, quoting a Ford designer.

The move to aluminum is risky. While the metal is certainly lighter than the steel used in today's mainstream pickups, it is also expensive as a raw material and difficult to work with from a manufacturing perspective. To date, aluminum is found only in costly luxury vehicles from the likes of Jaguar and Audi.

Ford also faces the challenge of building a largely aluminum pickup without compromising the job-site capabilities pickup buyers demand. In addition, the business publication cites durability and reliability concerns among those being addressed by Ford.

Meanwhile, General Motors is readying a redesign of its own workhorse pickups. All-new versions of the Chevrolet Silverado and GMC Sierra are expected in showrooms next spring as 2014 models. In addition to bringing to market a new full-size lineup, GM is also planning to revamp its mid-size pickup offerings to meet the needs of buyers who want exceptional fuel economy in a smaller but still capable rig. Automotive News reports that a next-generation Chevy Colorado mid-sized pickup is expected in showrooms by late 2013 or early 2014 – as is a new GMC Canyon.

For buyers who want an everyday suburban pickup that fits in shopping mall parking slots, the latter is good news. Ford has discontinued its popular Ranger pickup in Canada and the United States, and that has left a big hole in Ford of Canada's lineup. Chrysler discontinued the Dodge Dakota mid-size pickup in 2011.

As for the rest of the pickup world, Toyota has its Tundra and Nissan the Titan, neither of which has enjoyed anything close to the kind of success the Japanese auto makers had hoped. There is a long list of good reasons for this. For starters, Toyota and Nissan offer very limited big pickup lineups in terms of cab and bed sizes, engine choices, transmissions, gearing and the like. That said, Toyota and Nissan are not likely to abandon the big pickup market. Various reports suggest the Titan will get more than the current 5.6-litre V-8 offering in a future update. This will be necessary to meet stricter fuel economy regulations. The Tundra, meanwhile, has been criticized for the poor fuel economy of both its V-8 and V-6 engines.

Toyota and Nissan would like to compete more effectively in large pickups, but until they make true and complete commitments to the segment, the Detroit Three will hold onto their 90 per cent-plus share. 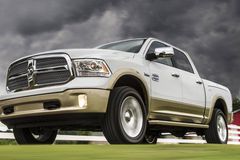 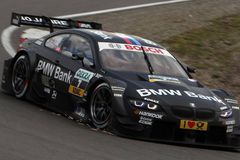 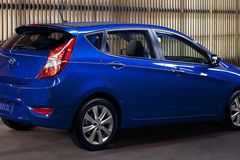 A dismal IndyCar season for Lotus and De Silvestro
August 17, 2012 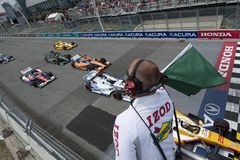 Thinking small: Where have all the tiny pickups gone?
August 24, 2012 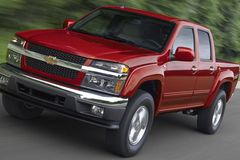 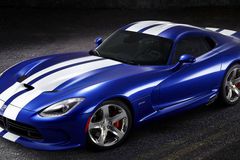