When IndyCar driver James Hinchcliffe arrived at his first test with Andretti Autosport in January to fill the seat vacated by fan favourite Danica Patrick, he figured the best defense was a good offense.

So, Hinchcliffe was ready when the No. 27 car's mechanics immediately tossed a couple of hair jokes his way the first time he emerged from the Andretti transporter in his new neon-green GoDaddy.com overalls.

"I got every single mechanic to drop their tools and pulled them all into a big circle and stood in the middle and said: 'Alright, best shot right now, one by one, let's go.' The only way to do it is to have fun with it," said Hinchcliffe, 25, who wore a long black wig à la Patrick and called himself "Manica" during driver introductions at IndyCar's St. Petersburg, Fla. season opener in March.

IndyCar's most popular driver since she arrived in the series in 2005, Patrick switched to stock cars in 2012, deciding to race in the NASCAR Nationwide Series.

Although he might be lighthearted outside the car, Hinchcliffe's performances on track through the first half of the season are no joke. In his first nine starts with Andretti, Hinchcliffe has already equalled Patrick's total of four top-five finishes over her last two seasons in IndyCar. So far, he's got two podiums and seven top-six finishes, and has qualified almost as well, with front-row starts at Barber Motorsport Park in Atlanta and May's Indianapolis 500.

The string of good results has had the Oakville, Ont. native as high as second overall in the championship standings, although a crash and 17th-place result in the last race in Iowa pushed him down to fifth on 256 points. The leader going into Sunday's Toronto Indy is Penske's Will Power with 286, followed by Ryan Hunter-Reay of Andretti at 283. Ganassi's Scott Dixon (271) and Penske's Helio Castroneves (261) are third and fourth. Drivers get 50 points for a win.

Hinchcliffe returns to action today in practice for the Honda Indy Toronto on the 11-turn, 2.824-kilometre street course at Exhibition Place, hoping to move back up the championship standings with a good result at home.

While the driver of the Chevy-powered No. 27 car planned to build on his IndyCar rookie of the year performance in 2011, he certainly wasn't expecting to be fighting for the championship with six races to go in the season.

"No chance – not even remotely," he answered when asked whether he went into 2012 thinking he would be a contender for the IndyCar title.

"It's obviously been a tremendous year for us up to this point. We have been consistently quick, and that's what we can be proud of as a team. Whether it was road courses, street courses, short ovals or superspeedways, we have been fast at every kind of racetrack, and that's why we found ourselves in the position we were in – as high up as second in points."

Hinchcliffe's emergence as a championship threat was no surprise to veteran Oriol Servià, who spent last season playing mentor to the Canadian at the now defunct Newman/Haas outfit, helping the rookie IndyCar driver adapt to his new car and surroundings.

It didn't take long for Servià to realise that his new teammate was the real deal.

"I saw it right away in the first race last year that the guy is not just a fast, smart guy," the Panther DRR driver said.

"He's a guy that spent a good number of years in Indy Lights, [Champ Car] Atlantics, which is really where you learn the sport, when you learn the work ethic that it's not just showing up and going fast. There's a lot of work behind it; you need to work with the engineers, work on your setup, and finish races."

The Canadian won 2011 IndyCar rookie honours despite missing the first race due to a late sponsorship deal. He finished 12th overall in points.

Signing with Newman/Haas ended a climb up the open-wheel ladder that began with the Formula BMW USA championship in 2004, where he was top rookie. A move to Star Mazda the next season was followed by three years in Atlantics and two in Indy Lights. In his last season of Indy Lights, Hinchcliffe scored three wins and 10 top-five finishes on his way to second overall in the championship. That performance led to a chance to test with the Newman/Haas team in early 2011, where he impressed many with his speed from the first lap.

While some felt Hinchcliffe stayed too long in the junior ranks, Servià insisted that the additional time in the development series is paying off this year.

"When you spend so many years in Indy Lights, even if you think you're good, you never know if you're going to make it until you make it, so that makes you work really hard within you," Servia said.

"If you almost do the jump too quickly, then you never go through that kind of tough process that I think makes you better and I think that's what James went through. I expect him to be honestly challenging for championships every year."

Right now, Hinchcliffe is keeping it simple, focusing on what he needs to do this weekend in Toronto to get his title hopes back on track after losing ground two weeks ago with the poor result in Iowa.

But unlike his first visit to his home track in IndyCar last year, he also comes into the 2012 race as a favourite to win. And with that comes expectations, something four-time IndyCar champion Dario Franchitti of the Ganassi team advised him to handle with care.

"James could be under a lot of pressure this weekend but I think it's up to him to manage that pressure but not let it kind of interfere, not let it into that bubble that we sort of live in on race weekend," he said.

"You've got to manage your expectations – I think if you get carried away with them, that can be a negative. I think just don't let that in and he'll do fine. [Three-time Formula One world champion] Jackie Stewart calls it mind management, and it's part of our job to do that."

Doing just fine for Hinchcliffe could lead to a dream weekend where he scores his maiden IndyCar win in front of his hometown fans at Exhibition Place.

"I don't know what that would be like – to win in Toronto at any time would be magical and, if it were my first, it would obviously be extra special," Hinchcliffe said.

"For me, this year is about being there and racing against guys who regularly win races and compete for championships, learning what it takes to run up front and to win races, and then applying it. It would be pretty bold to say I have figured that all out, because I don't, but hopefully, at some point in the not-too-distant future, I will be able to apply all that and take advantage of a situation and take our first win." 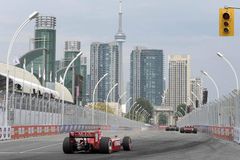 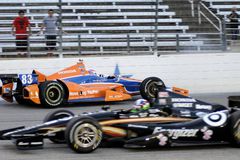 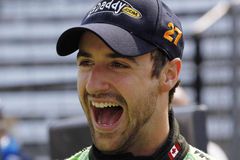 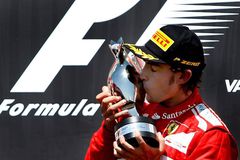 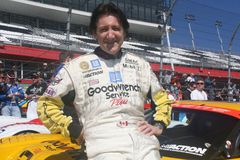 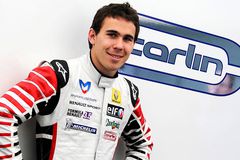 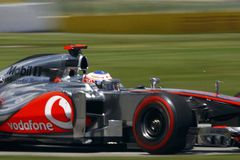