If you have a passion for Porsches, you may want to chip in on a retirement gift for Eberhard Armbrust. The sixty-something engineer is about to conclude a 40-year career in vehicle dynamics with Porsche. Everything we love about the handling of the 911, Boxster, Cayman et al – well, he helped make it happen.

Eberhard’s input is apparent in the new 2017 Porsche 718 Boxster. Yet the car’s steering and stopping talents don’t headline the story of the extensively revised roadster (which, for the record, takes its new “718” prefix from Porsche’s highly successful 1950s mid-engined racers). 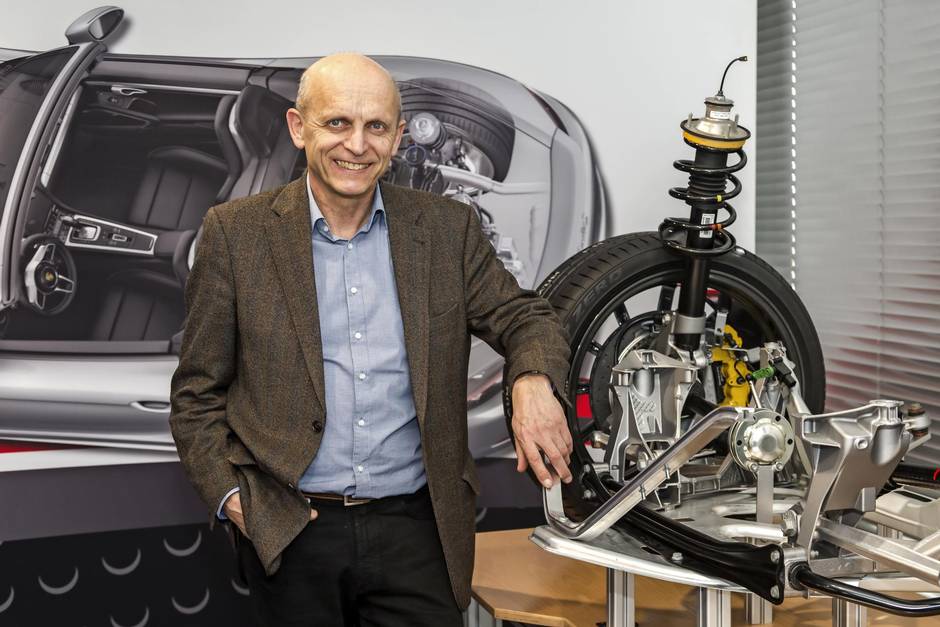 Neither does the car’s revised form, which retains only the soft-top and the trunk lid from before – though the underlying structure carries over from the previous “981” generation that was all-new in 2012. The basic shape is immediately familiar, but the new sheet-metal gives an edgier, more ground-hugging look.

The true attention-getter is the engine downsize from six to four cylinders. Before Porsche purists dissolve into a communal hissy fit, be advised that Porsche’s first production car, the seminal 356, had four cylinders. There were four-cylinder versions of the 911, too, in the early years. Not to mention the 924, 944 and 968 in the late 20th century.

Peak torque is now constant from 1,900 to 4,500 rpm, which means the torque gain is even greater at rpm below the old engines’ 4,500-rpm peak. Yet Porsche also maintained the engines’ appetite for revs; power peaks at 6,500 rpm and stays strong to the 7,500-rpm red line.

Weight saved by chopping two cylinders is mostly added back by the turbocharger – which takes up residence where the front two cylinders used to be – and its associated plumbing. Front/rear weight distribution remains at 45/55 per cent, the rearward bias helping to maintain launch traction.

In that vein, Porsche widened the rear tires as part of a comprehensively upgraded steering/turning/stopping portfolio. Beyond re-calibrated springs, dampers and roll bars, the 718 adapts the quicker steering from the 911 Turbo, the rear chassis brace from the Cayman GT4 and (on the S) monobloc front brake calipers from the 911. 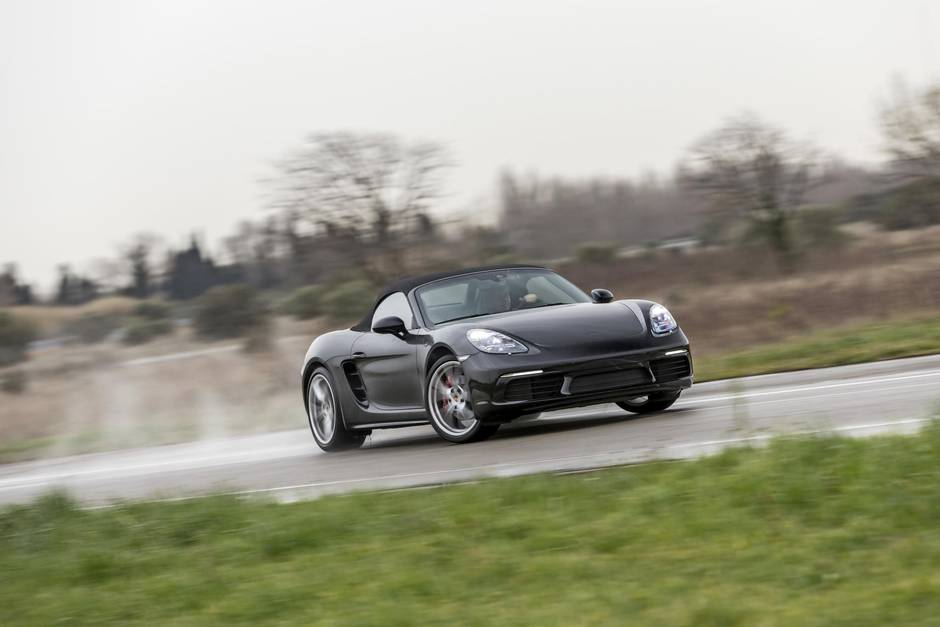 Porsche Communication Management has been upgraded, ditto the available nav system, both resident in a mildly resculpted dashboard. More relevant to the act of actual, you know, driving, there’s a new steering wheel inspired by the 918 Spyder, as well as a small-diameter optional GT sport wheel.

My first encounter with the new 718s did not include any actual, you know, driving. After multiple laps of a wet-handling circuit chauffeured by vehicle dynamics engineer Daniel Lepschi, I can only report that the Boxster S with the optional PDK transmission is fast, loud and – or so it might seem – desperately unstable.

Fast? Porsche numbers say the base Boxster (0-100 in 4.7 seconds with PDK and Chrono Sport) is now a tick quicker last year’s Boxster S, while the quickest 2017 S blows off the benchmark in 4.2 sec. Even more striking is the high-gear/low-rpm thrust: the 100-200 km/h time in fifth gear is slashed by up to a third. All this, and 13-per-cent lower fuel consumption on the European test cycle. 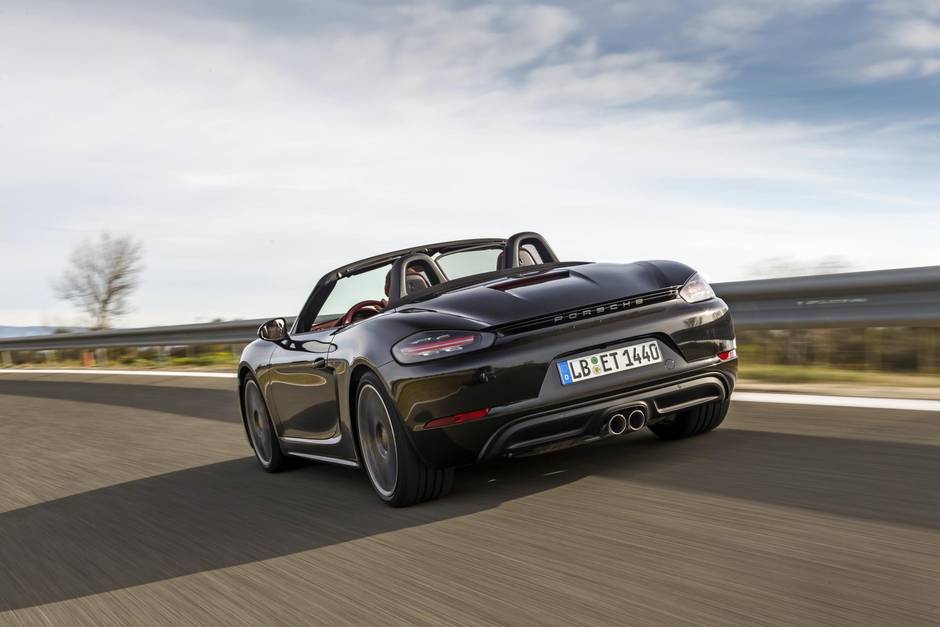 Loud? Well, again based on an S with all the go-fastest options, the four-pot voices neither the creamy howl of the previous six, nor the cultured buzz of the best inline fours. Its aggressive roar (Porsche calls it “passionate”) calls to mind a modded Subaru WRX STI (which, co-incidentally, is the only other car currently sold in Canada with a 2.5-litre turbocharged boxer “four”).

Unstable? Just kidding. Lepschi did spend most of our hot laps with the car pointed about 45 degrees askew of the intended direction of travel, but that was on purpose, to demonstrate how PSM Sport enables extreme drift angles without allowing tail-first departures from the track. Riding shotgun, I couldn’t really tell any difference between PSM Sport mode and PSM-completely-off mode, but then the driver was an expert.

The 2017 718 Boxster will be in Canadian showrooms late summer or early fall. By then, we hope to have our own time at the wheel of Eberhard Armbrust’s latest project. We suspect he is going out on a roll.