On my desk, beside notes about Honda and General Motors' incipient fuel-cell alliance and GM's modular strategy for producing six electrified cars, is the spec sheet for a 2015 Chevrolet Corvette Stingray coupe – all snarling 455 horsepower of it.

"Demand for some vehicles is so white hot, auto makers can't keep up," the industry publication reports. "Dodge, in fact, recently announced it was suspending new orders for its 707-hp Dodge Challenger and Charger Hellcat models."

Yet, Toyota is doubling down this fall on its Prius hybrid bet, launching an all-new version. Toyota also said the Mirai fuel-cell vehicle is the future of personal mobility. Nissan keeps betting on electric vehicles like the Leaf. GM has led with plug-in hybrids like the Chevrolet Volt and says it has figured out how to make money on its fleet of six electrified cars.

Pam Fletcher, GM's executive chief engineer for electrified vehicles, says the secret is sharing pricey powertrain components and technologies in its electric, hybrid and plug-in hybrids: the Chevrolet Bolt, Volt, Spark EV and Malibu and the Cadillac ELR and CT6 PHEV. GM, she says, is both serious and enthusiastic about going green and electric.

And hardly alone. Hyundai – between the 2016 and 2018 model years – plans to launch four new hybrids, two plug-in hybrids and an electric car in North America, reports just-auto.com. Kia already has its Soul EV for sale and if you live in British Columbia or parts of the United States, you can apply to lease a hydrogen-fuelled version of the previous-generation Tucson crossover.

"We will take the lead in the future by raising the competitiveness of our environment-friendly cars," Hyundai Motor chief executive Choong-ho Kim said at an event in South Korea, Reuters reports.

Hyundai Canada says that research done by Ipsos Reid and Offsetters found that 75 per cent of Canadians would like to drive a vehicle not powered by gasoline, though not a battery car: 71 per cent said constantly having to charge a battery vehicle is a "pain" and 67 per cent said they were just too much of a hassle.

See the disconnect? On the one hand, we have car companies racing to put electrified rides into the hands of consumers apparently thrilled about the prospect. On the other, we have this red-hot demand for super sexy fast cars like the 'Vette and Hellcat. Heck, demand for the seventh-generation 'Vette is up 101 per cent over 2013 and, this year, sales of the Dodge Viper are up 29 per cent because of updates and a new pricing strategy.

Here's something else to ponder: Dave Pericak, director of Ford's newly enhanced performance division, told Automotive News that the Blue Oval's high-performance buyers "are younger and better educated than the average buyer."

Racy 'Vettes and the like, what many might call anachronisms, are not going away peacefully and young people love 'em. For a good reason: they are fun. Fire up that 6.2-litre V-8 in the Stingray and the engine's thunder delivers a charge not possible when you punch the starter button on a silent EV.

There you have the challenge facing car companies today. How do you make green cars as sexy as a Viper for those who are not early adopters or the truly committed faithful who worship Tesla's Elon Musk and his ilk? The answer will come, but we haven't seen it yet. 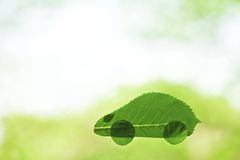 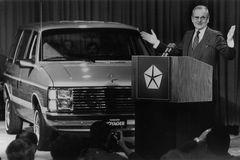 Coincidence that the loudest Tesla cheerleaders are investment bankers?
August 18, 2015 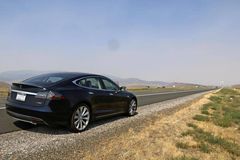