A visit to Auto Shanghai is the chance to witness a cultural clash of the automotive kind. The gargantuan exhibit halls on the outskirts of the megalopolis see domestic auto makers (and their decidedly oddball offerings) face off against car makers that have journeyed far afield to capitalize on China's gold-rush-like economy and its burgeoning gaggle of wayward drivers.

It's also a chance to get a look at vehicles that might eventually arrive on our shores. You see, Auto Shanghai isn't just a showcase for the latest concept cars, it's also a platform for establishing how much Chinese tastes are driving the global marketplace. And Chinese tastes tend to be expensive – luxury vehicles have proven to be a veritable licence to print yuan over the past decade.

Bentley made its initial foray into the Chinese market in 2002 – an early and risky move at the time. There are now 23 Bentley dealers in mainland China and the brand has a reported 35-per-cent share of the ultra-luxury market here. "The things the Chinese consumer likes in general are a combination of luxury and performance," says Kevin Rose, board member for sales and marketing at Bentley Motors Ltd. "But they have become more sophisticated in their knowledge and understanding of various brands, and what's available."

Chinese customers also tend to respond to specific qualities in a given vehicle: rear-seat legroom (long-wheelbase versions of cars as small as the BMW 3 Series sell here), fixed roofs (with China's dubious air quality, open-air motoring is a non-starter) and a lofty ride height (the better to navigate traffic tie-ups). These desires were reflected in the cars on display at Auto Shanghai.

Infiniti revealed the Q70L Bespoke, a four-seater concept based on its long-wheelbase sedan, with design touches borrowed from the Q80 Inspiration and Q60 concepts. "Customers in China in the premium segment are looking for details and meticulous craftsmanship," says Karin Zhang, director, Infiniti Global Communications. "The Q70L Bespoke showcases this design intention [and shows] that we can apply the design of some concept cars to current production vehicles."

In December, 2014, Infiniti opened a dedicated design studio in Beijing. "China has quickly grown to become the second-largest market in the world for Infiniti," said Shiro Nakamura, chief creative officer of Infiniti and senior vice-president of Nissan Motor Co., in a news release. "So it is essential for us designers to be even closer to the heart of the market and its pulsating culture."

The Chinese customer's interests extend to the latest technology and this, combined with the aforementioned air quality issues, is why electrified vehicles have so much traction here.

Audi unveiled three hybrid vehicles at the show: the Prologue Allroad concept, the Q7 e-tron 2.0 TFSI Quattro and the A6 L e-tron. The A6 L is intended just for the Chinese market, and it's also the first plug-in hybrid model from Audi to be built in China.

BMW chose Auto Shanghai for the global debut of the X5 xDrive 40e, a plug-in hybrid version of its popular SUV. "The U.S. and China are the most important markets for us and there is an affinity here for these types of vehicles," says Gerhard Thiel, project leader at BMW. "We have, for a very long time, been focusing on sustainability and efficient dynamics. And we, as a car manufacturer, have to react to what our customers need."

While acknowledging the importance of China, Rose of Bentley is more measured. "I think it would be a huge mistake to say we're designing cars for China," he says. "China tends to dictate trends when it comes to clothing and jewellery, but not in cars – they look more to British or European brands for direction."

Still, one wonders whether some vehicles would be developed if not for China. In Shanghai, the pavement can be fine; outside city limits, there are no guarantees. This is another reason why the luxury SUV in particular is so popular in China – and why the next two years will see new SUVs coming from Bentley, Jaguar, Lamborghini and Maserati.

The kicker: Last year, representatives from Rolls-Royce maintained that they would never offer an SUV because it didn't fit their brand image. In February, the company announced it was developing a "4x4 vehicle" based on the Phantom super-sedan for a planned release in 2017. 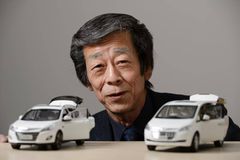 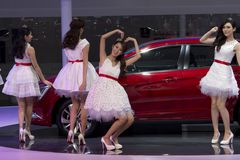 Chinese-owned car company to set up high-volume plant in North America
May 13, 2015