The question of complacency is put to Masamichi Kogai, president and chief executive of Mazda Motor Corporation.

Mazda is profitable and, since 2011, has successfully rolled out new products armed with the company's Skyactiv technology – Skyactiv being a suite of design and technological innovations to improve fuel economy and lower emissions without compromising what we're repeatedly reminded is the "zoom zoom" driving characteristics of all Mazda models.

At the Los Angeles Auto Show, Mazda unveiled the CX-3 small sport-utility. The company's plant in Mexico is up and running and, when at full capacity, will be able to produce 250,000 car a years. Earlier this year, Mazda unveiled the latest version of its MX-5 roadster, which will go on sale next year.

The Mazda6 mid-size car and CX-5 compact SUV are getting facelifts. Of the seven Mazda models, only the CX-9 SUV and Mazda5 minivan have not been given the Skyactiv once-over and plans are moving forward to introduce the second-generation of Skyactiv at or around 2020, further improving fuel economy by 30 per cent. Mazda has a tie-up with Toyota to share engine and hybrid technology and a relationship with Fiat-Chrysler involves the upcoming MX-5.

So is this a good time or a dangerous time for Mazda?

"We've been profitable for just two years, so I don't think we have any sense of complacency at all," he says. "What I think is important is we are providing the products our customers desire and do not betray their expectations – to nurture the customers."

Nurturing seems central to the Mazda plan. That is, to maximize profits and minimize costly sales incentives, Mazda wants customers to feel they get more than fair value. The discounting rampant in Canada is anathema to a Mazda.

Mazda wants to give drivers such a memorable experience that price becomes secondary. This requires excellence in cars such as the Mazda3, which starts at about $16,000. Mazda will only survive as an independent company if it sells embraceable products.

And contains costs, of course. Kogai, a former baseball pitcher who assesses each of my questions as if he's eyeing a batter stepping into the box, says the update to the CX-5 and Mazda6 are good examples of "nurturing." These two have been in showrooms for only two years, yet are getting serious improvements.

Mazda has also adopted a common architecture – the engineering foundation of its complete lineup – that simplifies technology transfers and contains costs. These sorts of innovations and a commitment to the company's core values that will allow Mazda to remain Mazda.

"The products will enable us to maintain our independence in the future," he says.

Mazda has learned many lessons since the near-ruinous rapid expansion of the late 1990s and 2000s. The company launched a slew of new models in a short time and prepared plans for an Amati luxury brand in North America to rival Toyota's Lexus. All this nearly bankrupted the company. Ford swept in to take a controlling share and rescue Mazda, though Ford has since divested itself of all but 3 per cent of Mazda.

The current state of Mazda dates back to 2000, when Mazda's leadership "re-clarified our brand which had its roots in the roadster," says Kogai. That first Miata was more than a car; it was a metaphor.

The long view at Mazda seems to be an evolution into something approximating what has happened at BMW over the past few decades. Mazda officials scoff at these sorts of suggestions, but that really is the obvious endgame for relatively tiny Mazda. In the meantime, Kogai says Mazda is most concerned with containing costs and driving technology and design innovations into its lineup.

"Basically, it's not just a process of developing and launching a vehicle. That's not the end of it. Our insight is that we should continue to nurture the product, again and again," he says.

Easy to say, and hard to achieve.

Expect to pay way more in Toronto for express transit to airport
May 12, 2018 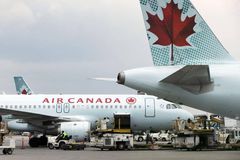 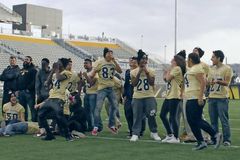 Charlize Theron and the evolution of the Mini
May 12, 2018 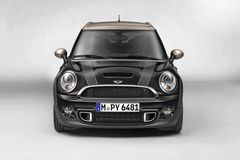 The cold, hard facts about seven winter driving myths
May 12, 2018 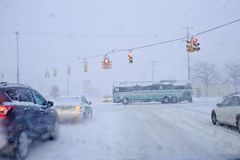 Spotted: A really expensive parking spot
June 5, 2017
Follow Jeremy Cato on Twitter @catocarguy
Report an error Editorial code of conduct
Due to technical reasons, we have temporarily removed commenting from our articles. We hope to have this fixed soon. Thank you for your patience. If you are looking to give feedback on our new site, please send it along to feedback@globeandmail.com. If you want to write a letter to the editor, please forward to letters@globeandmail.com.
Comments