The V40 received a five-star rating in 2012 from the European New Car Assessment Program (NCAP), a consortium of seven European governments and consumer safety organizations, which organizes crash tests for European cars. Its safety features include the world's first pedestrian airbag.

The V40 is just one of dozens of popular European models that don't get to this side of the Atlantic because they don't meet Transport Canada standards. In many instances, for companies such as Volvo, Audi or Mercedes, it's not economically feasible to retest or modify a model to fit Canadian rules. Those changes can also add anywhere from $1,000 to $5,000 to the retail price.

Volvo Canada president Marc Engelen scoffs at the barriers to the V40, which also effectively prevent the importation of the V40 Cross Country and the V60 plug-in hybrid (1.9 litres/100 km). He calls the government regulations "ridiculous.

"As a smaller company we are not prepared to do these investments," Engelen says. "Maybe the European trade agreement can help, but there's delay there, too and that doesn't help the cause either. It's not an advantage to the final customer."

Meanwhile, Transport Canada standards prevent the sale of such models as the Volkswagen Scirocco (formerly sold in North America) and the Mercedes-Benz A-class hatchback.

This has been a hot button issue for Tim Reuss, president of Mercedes-Benz Canada, who has been outspoken about Canada's regulations. Like other European manufacturers, his company is frustrated with little progress after months of lobbying.

While Canada and the EU have hashed out a blueprint for the Comprehensive Economic and Trade Agreement (CETA) with the European Union, expected to be final in 2016, Reuss says the company has been "lobbying and pushing hard … to at least open the door to discuss standards and regulations." He expected the process to be slow, but sees little sign of progress.

He's advocating for "reciprocal acceptance of each other's standards," because that would more quickly open Canada's doors to more models.

As Canada harmonizes its auto regulations with the United States, that sends a mixed message to European auto makers, Reuss says.

"From my perspective, there seems to be a disconnect between, let's call it the political government and the bureaucratic government."

Reuss says Canada's ongoing efforts to harmonize auto standards with the United States amounts to accepting U.S. regulations. Meanwhile, "Canada politically has made it clear that they, while maintaining a special relationship with their neighbour to the south, are opening themselves up to the rest of the world. For me, that seems to be a fundamental disconnect."

But harmonization with the United States is critical to Canadian consumer safety and expectations, says Mark Nantais, president of the Canadian Vehicle Manufacturers Association. He says Canadian standards are more rigorous than the EU's. He cites North American specifications as tougher than EU's "limited" standards on things such as side and frontal impact occupant protection, roof intrusion strength, and fuel system integrity in side and rear collisions.

"Canada and U.S. standards are data-driven and have been shown to have public safety benefits which have resulted in regulations that are more stringent," Nantais says, adding there are about 15 remaining standards to harmonize between the United States and Canada, where there were once many more.

"Keep in mind these companies are highly competitive and want to be leaders in sales ... generally speaking," he says.

"To say that the EU does not have stringent safety standards would be accusing the EU of negligence, because it's the same government that approves and agrees with those vehicles being driven at top speeds on the German autobahn … so, come on, seriously."

Canada's regulations are also keeping cutting-edge technology from the marketplace, Reuss says. He points to intelligent light systems, which adapt to driving and seeing conditions, automatically dim and differentiate between an animal and a human on the road. Mercedes has adopted it in its S-Class models and other European auto makers have also integrated the technology.

We won't see them here, Reuss says, because Canada's regulations were written long before this technology was born. "I'm exaggerating a little bit, but it was written when all you could do was turn lights on and off – and that was the height of technology at the time."

The A-class hatchback is another example of a model Canadians say they want, but Mercedes can't import.

"We have very clear market research of what our customers want and we have clear feedback from our dealers from our salespeople," says Reuss.

Reuss sees hope in the CETA trade agreement. He hopes Canada and the EU can use that mechanism to address the trade barriers that prevent the best technology from coming to Canada.

"I'm not critical of CETA at all. What has been achieved is phenomenal and that's because there has been the political will to go forward from both sides, so hopefully these things can be taken on as the next stop for us in the automotive industry."

A sampling of European cars and technology that you won't see here. Many models include diesel versions (because of different emission measuring standards), plus hatchbacks and wagons.

Mercedes pushes the envelope on big-money small cars
May 12, 2018 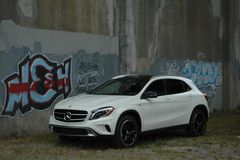 A new Discovery: Land Rover reveals details of its LR2 replacement
May 12, 2018 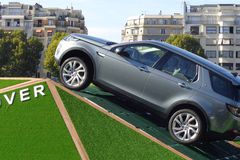 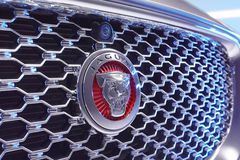 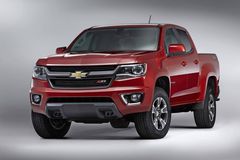 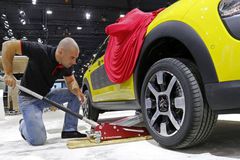 Don't put new winter tires on your credit card if you live in Manitoba
May 12, 2018 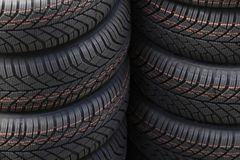 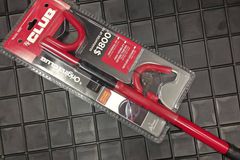