In the mid- to late-2000s, diesel engines were still saddled with a woeful reputation in North America; they were thought of as being smoky, sooty, clattering conveyances, as un-sexy a mode of transport as anything. But times changed.

Spurred on by the relatively low cost of diesel fuel compared to gasoline in Europe, manufacturers had already forged ahead with a diesel makeover. Tighter emissions controls were instituted, but these controls didn't prevent the positive qualities of the diesel engine from shining through.

Developing robust torque at low engine speeds, diesels were considered a great choice for urban settings. Diesel fuel was also appreciated for its greater energy density; this quality allowed drivers to travel further on a single tank of fuel than they could with the same vehicle equipped with a gas engine. For countless drivers throughout Europe, diesel was the answer to their transportation needs.

Yet, in the mid-2000s, manufacturers still faced challenges in convincing drivers from the world's biggest car market, the United States, that diesels had changed. Not only was there an old image in need of shedding, there were other factors.

Fuel of any kind is cheaper in North America than in Europe, so the compelling need to choose a more efficient vehicle was not there. Also, depending on the specific region and price fluctuations, diesel fuel may not have been less expensive than gasoline – at various times in Canada, diesel has been more expensive.

To complicate matters, there was another issue with the diesel fuel available in North America: It wasn't the same quality as the fuel sold in Europe – it was dirtier, it contained more sulfur. Then, there is California, the region within North America with the most stringent emissions standards in the world.

In Europe, the focus is on carbon-dioxide emissions; manufacturer claims about CO2 performance follows closely on the heels of statements about engine horsepower and torque. In North America, the emissions standards also focus on nitrogen oxides (NOx), which contribute to the forming of smog. Both types of emissions can have an impact of health.

A manufacturer could choose to build a car to be sold everywhere but in California – and, indeed, this has happened for short periods with certain models. But it's a large market, so that represents a business decision no manufacturer would set out to make.

In May 2009, he presented his country's first concerted effort to reduce emissions and dependency on foreign oil; this plan called for vehicle fleet fuel economy averages to reach 6.6 litres/100 km by 2016. In August 2012, he raised the stakes further, calling for cars and light-duty trucks to achieve 4.3 litres/100 km by the model year 2025.

All of these factors combined to create the perfect storm within the engineering department at Volkswagen, the company having invested so much of its future on diesel technology.

In 2009, at the launch for the then-new Mercedes-Benz S-Class sedan, there were a number of different models available to test, including gasoline-powered models, as well as the S 400 Hybrid (gas-electric) and the S 350 CDI BlueEfficiency.

For Mercedes, the BlueEfficiency label represented its own attempts to market next-generation diesel cars to North Americans; here, these diesel-powered vehicles were called "BlueTec." In the S-Class and other Mercedes diesels, there was a special additive used to help curb NOx emissions.

The additive, dubbed AdBlue, required the owner to return the vehicle for service regularly to have it topped up. This service was fairly costly, although generally less than $500 (U.S.) per visit. The debate was whether North Americans would accept such a situation when they could drive a gasoline-powered S-Class and be removed from the hassle and the cost.

AdBlue is a clear liquid made up 32.5 per cent urea and 67.5 per cent de-mineralized water. This additive was sprayed into the exhaust gases during the Selective Catalytic Reduction (SCR) process, neutralizing the NOx by separating the compound into harmless nitrogen and oxygen.

The first Mercedes-Benz vehicles equipped with this system were all-business; if the car was running low on AdBlue, a message would appear in the instrument panel indicating how many times the driver could start the diesel engine before it would be disabled.

When the countdown reached zero, the car would not start because the tailpipe emissions would not meet the required standard. Later, the manufacturer released instructional videos showing how customers could top up the AdBlue container on their own so they would not be stranded.

Diesel engines from other manufacturers, including VW and Audi, also utilized this additive to neutralize NOx emissions. But none of the vehicles involved in the current VW scandal utilized this system; in fact, when the 2.0-litre four-cylinder turbo-diesel engine first appeared on the market in 2009, it came as a surprise that AdBlue was not required to help the engine meet emissions standards.

What we now know is that the engine did not meet those standards and does not meet them today; VW failed to meet the challenge of producing a clean, inexpensive, fuel-efficient and low-maintenance diesel engine for the North American market. 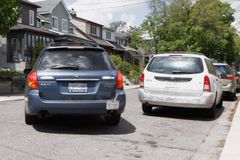 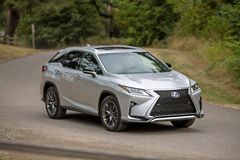