In the quiet, quaint rolling hills here, there is much destruction. Bent and twisted metal is intertwined with fragmented car parts, shards of plastic, computer chips, shattered glass, deflated rubber and deflated airbags. Adding to the wreckage is a red Subaru Impreza we just watched slam into a barrier at 64 km/h.

This is life at the U.S. Insurance Institute for Highway (IIHS). Not a single person was harmed in any of these wrecks.

“We exist to reduce injuries, fatalities and losses from crashes that occur on roadways,” says Raul Arbelaez, vice-president of vehicle research at the IIHS.

Founded in 1959, the IIHS started crashing cars in 1995. Since then, it has crashed more than 1,000 vehicles while reporting the findings to consumers and companies. Auto makers change designs based on the results.

It’s a non-government organization funded by about 90 per cent of the insurance companies in the United States, and some in Canada. The main goal for insurance companies is to reduce the money paid out in claims, but the collateral benefits of saving lives and reducing injuries is a pleasant byproduct. It has arguably done more to improve vehicle safety than any government. The U.S. government-run National Highway Traffic Safety Administration tests cars in a different way and sets mandatory standards.

So what should you look for in a safe car? Arbelaez advises shoppers to look for one that performs well on a variety of tests – front, side, rear impact and rollover – and comes with collision avoidance features such as automatic emergency braking. A car’s crash performance comes down to how forces dissipate around the car.

“At the beginning of the crash, what we get is the barrier loading the front bumper and a lot of those forces are then transferred directly to the front longitudinal structure that surrounds the engine compartment,” Arbelaez says. “Then we start pushing directly into the wheel and steering components, which then push directly into the occupant compartment … Hopefully, if the vehicle structure is strong enough, it can resist some of those forces.”

Evan Lindsey is a car line manager for the Subaru Impreza, which just received the IIHS’s Top Safety Pick+ award. He says there are three key aspects to safety: protecting the occupant, protecting the passenger compartment, and having effective crumple zones to absorb energy.

One of the IIHS’s worst test results involved a 1997 Pontiac Trans Sport/Chevrolet Venture in a front-end crash (moderate overlap test).

The occupant compartment completely collapsed as the door frame buckled and the steering wheel was pushed into the driver’s face. After a front-end redesign in 2005, the vehicle received a ‘good’ rating.

We were here to watch the new Subaru Impreza crash in a small overlap test where the front driver’s side quarter hits the barrier. This is the first Subaru built on the new global platform, which will underpin Subaru vehicles through 2025.

“In this crash, the vehicle did very well,” says Arbelaez. “The occupant compartment held up extremely well. It didn’t collapse around the occupant and the dummy’s injury measures look very good for this crash.”

That puts a big smile on Lindsey’s face. He watched a car he’s been working on for 18 months get smashed up in a fraction of a second, but is impressed with the changes.

“The vehicle hit the barrier, the front cross member took the load, transmitted that energy through the crumple zone of the vehicle,” he says. “There is no deformation in the A-pillar, (which) means that intrusion into the cabin was minimal and the risk for injury was also minimal.” 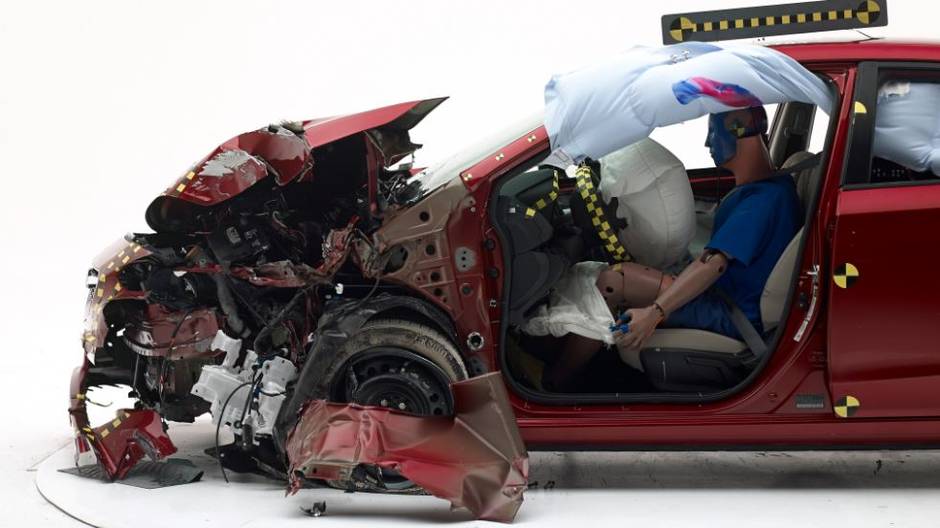 Lindsey says the new design allows the crash forces to dissipate through the floor and up the A-pillar, using more high-tensile strength materials and a more rigid structure. The engine is also designed to slide underneath the vehicle as opposed to into the occupant.

Subaru has been known for its safety ratings for years, but Albelaez says a lot of vehicles are performing well.

“The reason a particular manufacturer will do well on a test is because of intent,” he says. “From the beginning of the design process, these manufacturers are putting in the engineering resources to make sure they have the right structures, the right restraint systems to protect the occupants.”

Albelaez and Lindsey both say the best crash is the one that didn’t happen. IIHS awards points for vehicles with collision mitigation technology, such as automatic braking. Semi-autonomous technology like this is making cars safer, but Albelaez says self-driving cars that won’t crash are a long way away.

“Certainly, I will be retired and my grandchildren, maybe their grandchildren will be driving before we get to fleet penetration.”

Until then, IIHS will continue crashing cars. 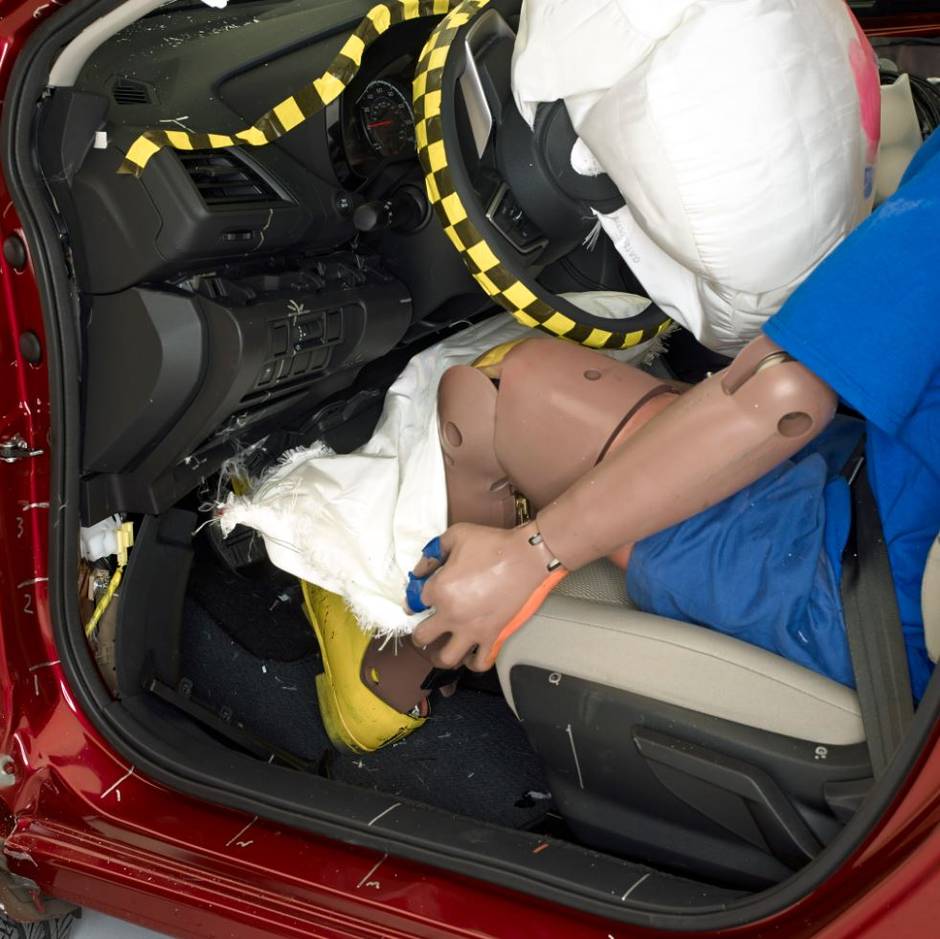