Auto makers believe a surge in ownership is coming from the younger demographic groups.

While millennial urbanites and members of the Gen-Y group have been reluctant to dive into the market, several motives will drive demand, said leaders of the Canadian divisions of major automotive companies at the Globe's auto summit in February.

The motives include the need to stay connected professionally and socially, a desire to align their personal brands with their ride and the simple obligation to haul kids to soccer practice.

At this point of new-car manufacturing, connectivity is assumed. Younger buyers would no more purchase a car lacking Apple CarPlay and Android Auto, than hit a pub without craft beer on the menu. Said GM Canada president Stephen Carlisle: "Apple CarPlay wasn't in many cars a year ago. If you don't have it now, you are behind the curve."

One draw for millennials is the opportunity to match a personal brand with the auto maker's image, Audi Canada president Daniel Weissland said.

"We can see the trend where people want to own something," he said. "They want to call it, 'My own Audi.' Especially with the premium brands, it's the aspiration of people, they want to show that they have achieved. The question for us is how to make it accessible for the younger clientele."

"On the Land Rover side, the demographics of the consumer is the youngest in the luxury segment; not a lot of people know that," Sam Pirillo, Jaguar Land Rover sales director for Canada said. "With the Jaguar product that is coming [into the marketplace], we expect the same sort of shift, to a younger demographic. We've seen it already in the initial studies."

In their efforts to lure younger buyers, auto makers introduced funky designs, such as the Honda Element and Scion xB, but those are going the way of flip-phones. Millennials and Gen-Ys are more interested in crossovers and SUVs. Auto makers are planning to introduce a fleet of new or remodelled versions of utility vehicles presently on the market – the new Jaguar F-Pace, for one, starts at $49,900.

J.D. Power released a report last month on the buying behaviours of millennials – people born between 1982 and 1994 – which is based on 600,000 survey responses. It concluded that millennials are generally more satisfied consumers than baby boomers, have low tolerance for product errors and delays, demand good customer service, and seek strong value for their money.

"If a millennial doesn't see the immediate tangible benefit, they're less likely to invest," Ryan Coelho, a Toronto-based motivational coach and millennial engagement consultant, said in an e-mail. "This is why we see many articles on them not caring about life insurance or retirement savings. Things are moving so fast, they focus on the short-term and immediate results. In addition, ownership in such a fast-paced world is starting to prove its limitations. Why buy when I can rent/use when I need it?"

However, renting and ride-sharing have their limits, which is why General Motors, Ford and other companies are anticipating pent-up demand.

"Now we're seeing different mechanisms [such as] Uber … but at some point their lifestyle is going to change," Craig said, at the Globe's summit. "When they get married and have children, they will need a vehicle. The time will come when they're not going to want to be schlepping around car seats with ride-sharing. We have to embrace what that looks like, and how Ford can be part of it."

Meantime, affordability is a major factor causing young urbanites to postpone the decision. Galloping real-estate prices and the high cost of automotive insurance in some provinces render a car as a formidable discretionary expense. In addition to the base cost of, say, $25,000 for a new car, adding HST, an extended warranty and rustproofing can hike a purchase by around $6,000.

"You're buying a house downtown, a condo downtown, and you have to pay for parking," Larry Hutchinson, CEO of Toyota Canada, said. "Right now, with the budgets they have, they are not making that [car-buying] decision. We've surveyed a lot of them and found out they are planning to have ownership of a car. We have to be ready to provide the mobility."

Still, auto makers are not entirely confident about what will attract younger buyers.

"We need to provide vehicles that serve their purpose – whether that means smaller vehicles, more hybrids, more electric vehicles, more of what they're looking for," Kia Canada chief operating officer Ted Lancaster said.

Millennials and Gen-Y groups have greater awareness of environmental impact than boomers did when they drove Pontiac Firebirds, Mercury Cougars and Chevrolet Impalas with monstrous, smog-spewing engines. That awareness though, has barely affected the market, with hybrids and electric vehicles representing less than 2 per cent of sales in Canada.

"We're finding younger people taking a greater interest in what we're developing," Mr. Lancaster said. "While there may not be tremendous demand at this time, as more information comes out about global warming and greenhouse gasses, younger people are getting more educated. As they get into adulthood, they are going to be looking for those types of vehicles."

Millennials have already influenced how the auto makers conduct business. Multiple test drives are as intrinsic to the car-buying process today as typewriters to the workplace. Instead, young consumers are shopping on social media and dedicated websites before setting foot in a dealer showroom. By then, they know what they want, and why they want it.

"Look at Tesla's great success with preorders," Coelho said, referring to the $10-billion in customer deposits for the Model 3 generated within 36 hours. "It was less about the 'car' and more about the greater purpose – electric vehicles that are better for the environment. A millennial connecting with a brand that has a case, provides that intrinsic purpose they seek or have discovered. This is a key part of marketing that I find different from past generations."

SUVs rule the road and that's a problem for auto makers
April 26, 2016 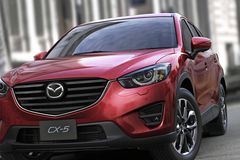 Why car companies spend so much effort targeting hipsters
March 3, 2016 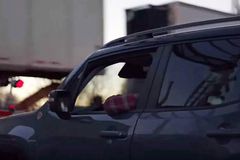 The speed bumps on the road to the self-driving car future
April 26, 2016