The first Infiniti to sport the brand's new Q-heavy nomenclature will also come with a significant price cut later this summer, with the redesigned Q50 coming in at $37,500, $6,450 less than its predecessor, the 2013 G37 sedan.

This immediately begs the question whether all 2014 Infiniti models will receive price reductions in Canada, along with the new Q names to be implemented this fall. Nissan Canada officials would not comment on any other 2014 pricing for its upscale brand, but there are various lease and cash-back offers available on most of Infiniti's lineup.

A "popularly equipped" Q50 with optional navi system will run for $44,800, said an Infiniti pricing release, or just above the $43,950 base price of a G37 sedan. The new Q50 will also include unique features such as a steer-by-wire Direct Adaptive Steering system, with mechanical backup, as well as an Active Lane Control feature that uses this steering to help keep the Q50 within its lane on long journeys, and the same powerful 328 hp V-6 as in the G37.

New for 2014 will be a hybrid version of its best-selling sedan, called the Q50 Hybrid, which will carry a base price of $47,000. Both Q50s come standard with rear-wheel drive, and both can be fitted with all-wheel drive. But the Hybrid will be the performance as well as the efficiency champ of the Q50 line, offering the same electrically boosted 364-hp 3.5-litre V6 engine as in the larger M35h, while offering up overall fuel consumption of 6.2 litres/100 km, Infiniti officials estimated at the car's debut in March at the Geneva auto show.

Radek Garbowski, co-owner of Canadian pricing site unhaggle.com, said that Infiniti pricing incentives have increased in June from their levels in January for all vehicle lines except for the compact EX crossover. The largest current offer is a $7,000 cash discount on the G37 AWD, or $5,250 plus 1.9 per cent financing on leases up to 48 months, noted Garbowski.

Whether these reductions imply more '14 Infiniti price chops are coming or just extra motivation to clear out non-Q vehicles by the fall is unclear. Either way, if you're considering an Infiniti soon, it may be a good idea to either wait a few months, or bargain hard.

The classic Lotus engineering formula – light is right – will be transferred to a new Lotus-brand motorcycle soon, by a separate company that has licensed the Lotus name and logo to use on a new exotic supersport bike.

The new Lotus two-wheeler will be called the C-01, said the new firm's initial release, an unromantic moniker which is hopefully a code-name for something more dramatic or memorable to be released along with full images and details over the next few weeks.

The C-01 will offer approximately 200 hp, with a lightweight frame using titanium, carbon and aircraft-quality steel, so it looks set to challenge Ducati and BMW straight out of the box for all-out high-end sportbike performance.

Lotus Motorcycles released a shadowy teaser image of a black tank with gold striping, the classic Lotus Formula One colours back in its John Player Special days in the 1970s and 1980s, and also more recently in Lotus' surprisingly successful F1 campaign.

No word yet on pricing, or confirmation on when – or if – the bike will be sold in Canada.

Volvo is testing vehicles that can not only steer themselves into a spot, but can act as an electronic valet, dropping the driver off at the door, and finding a nearby parking spot by itself, the company announced recently.

The vehicle would then send the driver notification via a smart phone app that it is parked. But instead of hunting for your car when it's time to leave, Volvo says the vehicle is smart enough to turn itself on and return to the designated drop off point where it dropped off the driver.

"Who wouldn't want a car that drops you off at the door step, and then goes off and parks itself?" asked Toscan Bennet, vice-president of Volvo product planning, in a preview video of a prototype but seemingly production-ready of the system at work.

Avoiding and interacting with other vehicles and traffic signals are the main technical challenge in such a project, but Volvo claims it will be the first company to offer self-parking car that interacts with other road users. Sensors embedded in the parking structure tell the car the system is available here, so this concept car that's to be shown in a media event this week likely won't be doing its KITT impression at a parking garage near you any time soon.

But the first feature of such an autonomous system will appear in the next-generation XC90, to appear near the end of 2014.

Dodge minivan – and brand – to disappear?

The next generation of Chrysler minivans will be sold only wearing Chrysler badges, suggested a recent forecasting report, fuelling speculation that Dodge as a brand may disappear as the company strips high-volume models like the Ram 1500 pickup from its lineup.

The WardAuto/AutomotiveCompass Global Production Forecast suggested that the new-generation Town & Country minivan would emerge from the Windsor, Ont. plant in 2015 as a Chrysler-only product. The Dodge brand is also set to drop its Avenger mid-size sedan from its lineup early in 2014, as well as two other Dodge products that are set to either retire or move to the Chrysler brand, reported the Ward's Auto industry site.

"We have no new product announcements to share at this time," said Lou Anne Gosselin, head of communications for Chrysler Canada. But she did point out that the company launched the all-new Dodge Dart in 2013 and recently introduced the new 2014 Dodge Durango at the New York International Auto Show.

Dodge passenger car sales totals in Canada are up 87 per cent calendar-year to date, led by Dodge Dart and Dodge Avenger, and the Dodge Grand Caravan remains the fifth best-selling vehicle in Canada. In the United States, Dodge brand sales were up 24 per cent for the year, compared with the same period in 2012, so those rumours may well be just that. 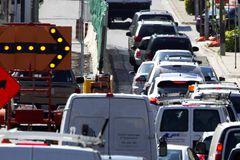 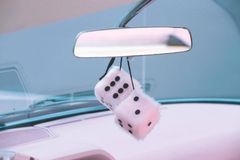 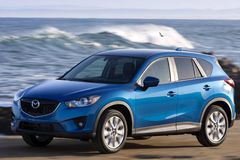 Deals of the Week: When summer begins, the car buying season ends
June 21, 2013 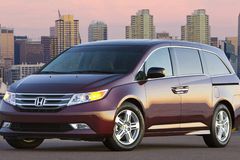 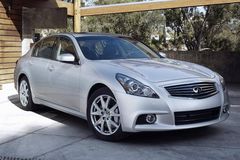