Italian exotic car maker Lamborghini recently revealed that it will sell an open version of its hyper-radical Veneno super sports car in 2014, to mark its 50th anniversary – and likely make a few million euros as well.

Lamborghini had sold all three copies of that car by the time it was unveiled, so will triple-production of the Veneno Roadster, limiting it to an ultra-exclusive nine copies worldwide.

So if you're paying more than 400 grand more for technically one-third the exclusivity of the coupe, what else do you receive? Mainly extra sunshine and a lot more wind-in-your-hair, with minimal loss in performance, since the Veneno Roadster's top speed is the same 355 km/h as the coupe, says Lamborghini.

Though this may seem to confound the laws of aerodynamic drag, if any body shape in the automotive universe can pull this off, it may well be the radical Veneno's. The arrowhead-inspired front end is only about half the length of the insanely steeped windshield, with sharp origami-like creases throughout the carbon-fibre laced body.

The Veneno Roadster's 40 extra kilograms over the coupe does mean the Roadster's 0-100 km/h run of 2.9 seconds is a tenth of a second off of the 1,450-kg Veneno coupe, if that makes a difference to anyone.

Just don't call the Veneno Roadster a convertible, because it doesn't convert from open to closed in any form.

The BMW 328d, the Audi A6 TDI, Canadian sales powerhouses Mazda3 and Toyota Corolla, as well as the Honda Accord family have all made it to the short list for the award, which will be handed out during media days of the Los Angeles auto show in November.

Finalists are selected for their achievements in "raising the bar in environmental performance," say award organizers, with mass-market availability also a factor, in order to "have the potential to make a real difference in environmental impact."

That mass-market criteria likely hurt the chances of any plug-ins making the finalist list this year, although the plug-in Chevrolet Volt won the award in 2011. Still, many online comments expressed disappointment not to see the Tesla Model S or other EVs make this top five list, although in the United States, the Honda Accord does offer a Plug-in Hybrid model, which is not sold in Canada.

The Audi A6 TDI offers a 3.0-litre turbo-diesel that puts out 240 hp and a noteworthy 428 lb-ft of torque. Using the more accurate U.S. fuel consumption overall averages from the EPA, the A6 diesel averages 8.1 litres/100 km in mixed city and highway driving, versus 6.7 overall for the smaller 328d sedan with all-wheel-drive and a much less potent four-cylinder diesel, at 180 hp and 280 lb-ft of torque.

The two front-wheel-drive compacts actually tied for overall EPA mileage, at the equivalent of 7.4 litres/100 km, while the Honda Accord comes in a variety of regular internal combustion engines (V-6 and four-cylinder), a hybrid and a plug-in hybrid. The "regular" hybrid scores top overall fuel efficiency in the Accord family, averaging 5.0 litres/100 km, though the Accord Plug-In offers an EPA-rated 21 km worth of all-electric range that decreases its fuel consumption over that distance to just 2.0 litres/100 km.

Offering such a wide product range proved beneficial for the Ford Fusion, which won last year's Green Car of The Year award.

AJAC winners to be announced in December

More than 100 Canadian automotive journalists and 58 all-new or heavily revised 2014 vehicles descended on Niagara Falls, Ont., this week for the annual Canadian Car and Truck/Utility of The Year competition, the largest group comparison test of its kind in North America, organized by the Automobile Journalists Association of Canada (AJAC).

In a change from previous years, winners of this year's 12 car, pickup and utility categories won't be announced by the end of the week, but at a separate event in early December, allowing more time during the week for vehicle testing and tabulating the results of what last year ended up at nearly 2,000 comparative test drives over the course of a week.

The process is designed to be as scientific as possible, meting out similar drive time over the same roads, in the same real-world conditions, and scoring each vehicle in a detailed number of objective and subjective ratings. Objective criteria such as acceleration and braking performance are measured, as well as useful figures such as cargo room and a safety features score, while the collective subjective scores from all participants who drove every vehicle in the category are collected and amalgamated into the scores.

All of this info for vehicles introduced for the 2013 model year is available at ajac.ca, while 2014 vehicles and ratings will be posted closer to the category winner announcement on Dec. 3.

As an AJAC member, it's disappointing that brands such as Audi and Tesla have decided not to participate again this year, but every other automotive brand that offers vehicles for less than $100,000 are on site and hoping to win an award. The champions will be crowned in mid-February at the Canadian International Auto Show in Toronto.

But that won't be where this year's AJAC Best New Technology award winners will be presented. In another change, those awards will be announced at a separate event in late January, this year in two categories: one for safety technologies, the other for any new automotive engineering, feature or system. 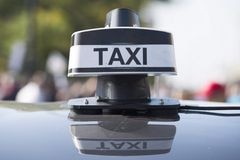 I want to drive my Florida-purchased car both here and there. Can I?
October 23, 2013 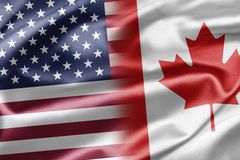 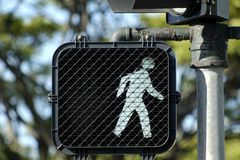 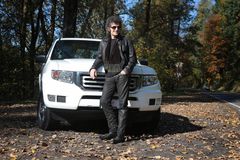 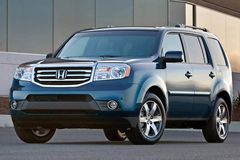