Can you compare the 2014 Mercedes GLK, Infiniti QX50 and Hyundai Santa Fe? Which is of the best value for the money? I'm not particularly interested in the BMW X3. And on a different topic, what do you think about the Hyundai Genesis four-wheel drive? – Cary in Hamilton

Vaughan: Well, that's brief and to the point. Cato, let's hit the Genesis question first. We saw it at the Detroit auto show and it's going to give the established premium brands fits. It's far better looking than the old Genesis and we know the engineering will be excellent.

Cato: We all know Hyundai's brand is not yet a mainstream powerhouse and it's even less so compared with the German premium brands. But strip off the badges and this new 2015 Hyundai looks the part of a Mercedes E-Class or Audi A6 rival.

Then there's technology. Hyundai is launching a new all-wheel-drive system with this Genesis called HTRAC. It's tuned to put an emphasis on rear-drive dynamics, though up to 90 per cent of the torque can go to the front wheels, if needed. Hyundai's V-6 and V-8 engines here are strong, too.

Cary, on paper, the new Genesis is competitive. You cannot change the badge, however, and that's a problem. No snob appeal.

Vaughan: Now back to the main question, Cato. The GLK250 BlueTEC ($43,500) is the only diesel-powered compact crossover. More are coming, Cary, but if you wish to go diesel right now, then stop here.

Cato: Except there's bad news at the pump for diesel drivers. Pump prices are way up and for no apparent reason.

But that's the oil business. More than a few oddball things happen where oil companies are involved. Why? Let me say this: The world's biggest oil companies are, for the most part, a troubling lot – Saudi Aramco, Gazprom, National Iranian Oil Co., ExxonMobil, Rosneft. That list alone is enough to make me a cheerleader for electric vehicles.

Now, can I draw a line from the general behaviour of those companies to the crazy, inexplicable spike in diesel prices? No, but …

Vaughan: Conspiracy theories? Really, Cato? Look, even at the current prices, for highway cruising you can't beat diesel and the little four-banger in the GLK is superb. It's quiet, comfortable, capable and I like the squared-off rugged looks of the thing. But I do agree that the diesel would be the primary reason to buy it.

Now let's take a look at the Infiniti QX50.

Infiniti is building some fine vehicles these days and, although it might not have as much snob appeal as the German brands, in most cases Infiniti gives you more value for the money.

Cato: Ah, value. Glad you mentioned it. Infiniti has been careful about doling out sales sweeteners. Minimal discounting means Infiniti resale values are best in the business. The old EX owned its class for resale value, with BMW's X3 at No. 2. Mercedes? The brand isn't among the top five.

Vaughan: That's all interesting Cato, if you're calculating a lease rate. But I don't lease, I buy and what matters to me is what it costs me to drive it off the lot. In that regard, the Hyundai Santa Fe says value to me.

It's gotta be at least 10 grand cheaper than the Mercedes on this list. It comes in two versions – long and extra long – and is loaded with premium features and great quality. It's as well built as anything on list.

That four-cylinder, 2.0-litre turbo cranks out 265 hp. With all the bells and whistles, including AWD, you're still spending less than $33,000. Sold.

Cato: Cary, if you want the range, torque and fuel-efficiency of a good diesel, then it's the GLK BlueTEC. The package is first rate. I can't promise diesel pump prices will find a rational, explainable place, but I can say this is a good rig.

The Santa Fe is solid, but if Vaughan likes it so much, I disagree on principle. So it's the Infiniti, Cary. A little on the small side, but of the three, you'll enjoy driving it the most. And the price went down for 2014. 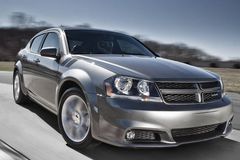 Four things you should know about from the Toronto auto show
February 17, 2014 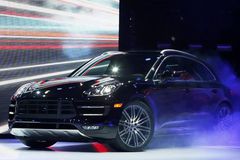 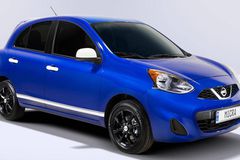 Complete guide to the auto show in Toronto
February 12, 2014
Nissan's 'winter warrior' wants to take on the big boys
February 7, 2014 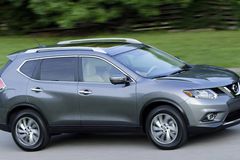 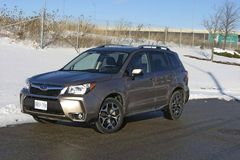 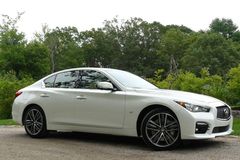 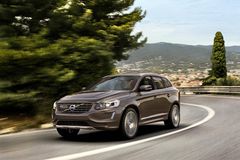 Surprise! Hummer holds its value more than any other vehicle
February 12, 2014 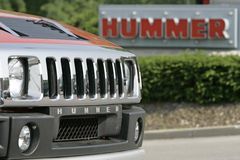