You only have to do two things to win in Formula One: drive faster than anyone else on the planet, and not crash. This came to mind as I prepared for a racetrack ride with Sebastian Vettel, four-time F1 champion. What would it be like to be chauffeured by the world's top driver?

As Vettel and I buckled on our helmets, I considered the situation. The track was Canadian Tire Motorsports Park (CTMP), a course with a reputation for high speed and catching out the unwary. I've been driving CTMP for years, and it took me a lot of laps to understand the all-important "line" that a racer must follow to go fast (and survive).

Vettel didn't need that kind of preparation. He'd never even seen the track before – he flew in that morning, did a couple of laps in an Infiniti Q50 (he's the company's performance director) and declared himself ready to go.

We buckled in and headed out onto the track. First up: CTMP's famous Turn 2, one of the toughest tests in racing, with a complex, downhill line and multiple camber changes. This is where 75 per cent of CTMP's fatal crashes have occurred – a fact at the front of my mind as Vettel headed into it at close to 170 km/h.

It was hard to imagine that Vettel had never driven this track before. His line through 2 was perfect, and he seemed to feel no stress whatsoever, chatting calmly as we rocketed through it and onto the short straightaway that followed.

By the end of the first lap, I could see how Vettel had made it to the top of the toughest division in motorsport. His car-control skills were effortless, and getting the Infiniti sideways didn't bother him in the least. The car twisted and bucked beneath us, skating on the edge of control, but Vettel's air of beatific calm never wavered. It was like watching a yoga master meditate while riding an enraged rodeo bull.

I've always been fascinated with what it takes to reach the top level of a difficult profession. Years ago, I watched Wayne Gretzky warm up before an NHL game by practising a spinning drop pass and lasering pucks into a single spot in the net. This genius was the product of thousands of practice hours that began in the mists of childhood, a process that imprinted key skills into Gretzky's muscle memory.

Vettel was the same, but his tool was a car instead of a hockey stick. He massaged the steering wheel with tiny inputs, and played the throttle and brake pedal like a pianist performing an etude on a Steinway concert grand. The ride was violently fast, but Vettel controlled it with supreme smoothness.

And CTMP's elusive geometry seemed to come to him without effort. As we headed through Turn 4 (an extremely fast downhill), I noticed that Vettel's line was the same one I use. But it had taken me an entire season of lapping to get my line right – Vettel figured it out in less than 10 minutes.

Formula One may be the most rarefied sport in the world. The NHL has 750 players. Formula One has less than two-dozen drivers. The life of a racing driver looks dreamy from afar – yachts, beautiful companions, zooming around racetracks in really expensive cars. Up close, a different, far tougher reality emerges. For starters, an F1 racer may be the least comfortable car ever built, with a cockpit that resembles a gadget-encrusted coffin that has been built three sizes too small. The brakes generate five Gs of force, so your eyeballs feel as if they're going to rip out of their sockets.

And if you're going fast enough to win, you live on the ragged, frightening edge of traction: the car feels as though it's riding on a sheet of ice, offering little assurance that you will make it through the next corner without hitting a wall at 300 km/h.

Perhaps the most difficult single skill in F1 is judging the breakaway point where cornering forces overwhelm the grip of a car's tires. Unlike a streetcar, an F1 racer like Vettel's RB10 generates massive down-force with its wings and aerodynamic body shape. This pushes the car down onto the track, allowing extremely high corner speeds. But if you fall into the wake of another car, or alter the airflow over the wings by sliding sideways, the down-force disappears, and you are at the mercy of physics.

As we slid through Turn 8 in the Q50 at more than 150 km/h, I asked Vettel whether his F1 car felt stuck to the ground, or whether it involved the same loose, skating feel as a street car driven at its upper limits.

"The Formula car is loose all the time," he said. "It moves around just as much as this. But you're going a lot faster while it happens."

Minutes later, we were back in the pits. The Q50's brakes were red hot, but Vettel hadn't even broken a sweat. Dressed in street clothes, Vettel looks like any other 26-year-old. He's compact and fit (you have to be if you want to fit into an F1 car) with a mop of blonde hair and an infectious smile. His life is anything but ordinary. A couple of hours after our lapping session, he was on his way to Montreal, where he will compete in the Canadian Grand Prix. The week before, he raced in Monaco.

Vettel makes more than $27 million per year as a driver with Infiniti Red Bull Racing. After riding along with him, I can see why he gets it. There are only so many people who can meditate on a rodeo bull. 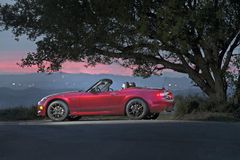 Smart solutions to traffic congestion
May 12, 2018 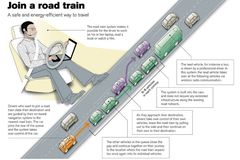 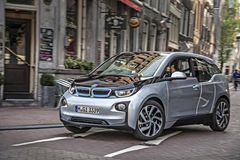 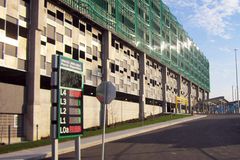