Sitting helpless in the pitlane during his home race while watching his rivals continue to battle on track seems to have become a recurring nightmare for James Hinchcliffe.

The Oakville native needed to pit after an early accident in the bottom end of the IndyCar doubleheader on Sunday in Toronto, marking the second consecutive year he needed repairs that ruined his home race.

The bad luck threw any chance of a good finish out the window after Hinchcliffe emerged four laps down. Ironically, this year's frustration came after a promising eighth place finish in Race 1, the exact same result he had last year on his first try in the doubleheader before things went awry.

"At least we have two races because before that it was one race and it was a nightmare so I guess we have to look for the silver lining there," he said after stepping from the car following Race 2 on Sunday.

"It's tough because the fans have been so supportive and the coolest thing is that they are not bandwagoners — I have been saying it all week that I haven't given them much to cheer about but every year the support grows. No matter what happens they are always behind me and that means so much and more than anything I want to give them a reason to say 'congratulations' instead of 'better luck next time.'"

Hinchcliffe lost control early in the second race trying to avoid an accident after rain sprinkled the track; instead, he got caught up in a three-car incident that damaged his car.

Unfortunately the other two cars were dangerously positioned with one sitting on the back of the other and they needed to be attended to first before the safety crew could get the No. 27 United Fiber & Data car going. By the time the car was restarted and repairs completed in the pits, Hinchcliffe was four laps down and buried in 20th place. He eventually finished 18th.

Last year, Hinchcliffe didn't make the starting grid for the second race when his throttle pedal stuck just before the cars were fired up for the race. By the time he got going, Hinchcliffe was already three laps down. He ended that day 21st.

Despite the adversity, Hinchcliffe kept his trademark sense of humour intact. After saying he felt physically fine directly following two races in one day, he added that the same may not be true Monday morning.

"I won't be feeling that great," he said, "but for completely unrelated reasons."

By the Numbers: Even after seven years between IndyCar wins, Sebastian Bourdais' donuts were perfect, with four tight symmetrical circles at Turn 9 where he celebrated the end of a long drought.

The KV Racing driver took his 32nd career win in IndyCar in the first of two races on Sunday, dominating the morning tilt despite a late scare when he ran over some carbon fibre debris from another car's broken front wing.

"It's just really sweet," Bourdais said after the race.

"I've been putting on good, very strong performances and to be back on the top step in the way we have done it today pretty much like the good 'ole days it's very special."

The win moved the French driver into sole possession of eighth overall in career IndyCar victories ahead of Canadian Paul Tracy and four-time champion Dario Franchitti. Scott Dixon is seventh overall and first among active drivers with 33 wins.

Bourdais, who took four consecutive Champ Car titles with the Newman/Haas team beginning in 2004, scored his last victory in Mexico City in what turned out to be that series final race before it was swallowed by Indy Racing League to create the IndyCar Series.

Random Thoughts: Few people are likely to know the name Dr. John Melvin, but if you've ever been involved in a road car accident, you may owe your life to him. Dr. Melvin worked on safety for General Motors for 40 years before retiring in 1998 and focusing his efforts on motorsport.

He was a fellow of the Fédération Internationale de l'Automobile Institute for Motorsports Safety and played central roles in the development of the SAFER barrier at the University of Nebraska and better driver seats and restraints in NASCAR following the death of Dale Earnhardt Sr. in the 2001 Daytona 500.

NASCAR driver Brad Keselowski summed his contribution in a couple of tweets last week: "Dr. Melvin is the biggest reason for a lack of driver fatalities since 2001. Dr. Melvin recommended the use of over under shoulder harnesses and six-point t-bar crotch belts that probably saved my life in various crashes."

"His contributions to safety not only in motorsports but in passenger vehicles as well is monumental," said frmer Championship Auto Racing Teams medical director Dr. Stephen Olvey.

"From seatbelts and harnesses to the air bags and to innumerable other advances John was at the forefront. His contribution to safety in both open wheel racing and stock cars is legendary. He will truly be missed."

Technically Speaking: A small temperature sensor used during the Honda Indy weekend may revolutionize the way roads are monitored, and promises to have a huge impact on safety.

Four shotgun shell-sized sensors designed to send near real time temperature readings back to the pitlane every 45 seconds were buried in holes drilled in the track surface at Exhibition Place. The sensors are built by a Dutch company, MYLAPS Sports Timing.

The system replaced the old infrared guns that the Firestone technical crew would aim at the tarmac in the pitlane to get surface temperature readings. Because the sensors offer more accurate data to the engineers, it allows for better analysis of what the tires are doing and why.

But the technology may also have huge implications for passenger cars, as having accurate temperature readings on roads has the potential to help transportation authorities increase safety and improve decision-making.

"It's one of those things you don't think about initially, but it has real world applications, says Firestone chief engineer Dale Harrigle.

"Canada gets bad winters and you could see if the road is above freezing or below freezing — transportation authorities could use the data to decide when they need to salt and how much salt might be required."

Quote of the Week: "Sounds like two races tomorrow, both 75 laps long. Let's just do 150 laps straight! Separate the men from the boys!"

— Andretti Autosport driver James Hinchcliffe, of Oakville, reacting on Twitter to the news that the IndyCar Series decided to hold two races on Sunday after being forced to cancel the Saturday half of the doubleheader weekend due to low visibility caused by rain. The two races were later shortened to 65 laps each.

The Last Word: The big question in the IndyCar paddock over the doubleheader weekend in Toronto was when the race would be held in 2015.

With the Pan-American Games arriving in August next year, having the Toronto race run on its traditional late July date will be impossible due to requirements of the games. The obvious solution is to push the race forward several weeks, and that's where things get interesting.

A source inside the paddock who had seen a preliminary 2015 IndyCar schedule indicated that one of the only place Toronto could slot into the calendar would be early June, something that would mean it would be on the same weekend as the Canadian Grand Prix.

Having the Honda Indy go head-to-head with the biggest single sporting event in the country, which also happens to be another motor race, would be unwise at best for IndyCar. With the Toronto race already struggling to fill the reduced number of stands as it is and the series putting up anemic television numbers, it can't afford to make racing fans choose between its race and Formula One.

The race also needs to renew its deal with the city to run the race, as the three-year one in place expired when the chequered flag flew after Race 2 on Sunday. With Toronto in an election year, it's doubtful a deal will be done before 2015 and local politicians may be more focussed on the international games than a car race.

The good news for IndyCar is that there happens to be a legendary racetrack less than an hour away in Bowmanville, Ont., that would love to host an IndyCar race on its normal late-July date. That said, it is likely that Canadian Tire Motorsport Park (CTMP) would need some modifications to the circuit for safety, although it could be argued that the walls there are much farther from the track limits than the ones at Exhibition Place.

With the new owners at CTMP — veteran racer Ron Fellows and developer Carlo Fidani — upgrading that facility almost constantly since buying it a couple of years ago, seeing them undertake more upgrades to snag an IndyCar race wouldn't be too surprising.

Considering that CTMP does excellent promotion of its race weekends and easily draws more fans to its facility for lesser series than the Honda Indy has in years, perhaps a move down the road is exactly what the IndyCar needs to rekindle interest in this country.

When it comes to concussions, race teams are ahead of the pack
July 17, 2014 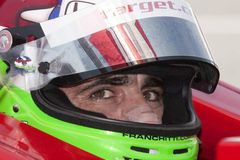 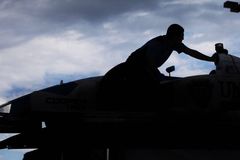 Tracking the track: Keeping the rubber on the road
July 17, 2014 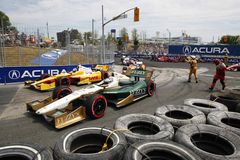 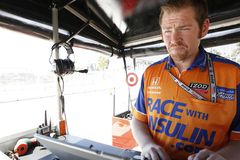 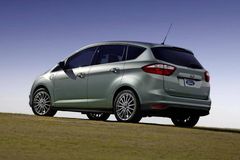 No pressure: How I learned to drive a stick shift car on a race track
July 17, 2014
Seven Questions: James Hinchcliffe explains how he gets ready to race
July 16, 2014 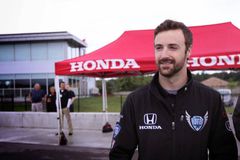