It could be dialect, it's possibly generational, or maybe it's simply because of regional differences, but Canadian Gavin Ward is learning a whole new subset of Australian vernacular this season.

Ward worked as Australian Mark Webber's performance engineer until the veteran left Red Bull Racing at the end of last season for sports car racing, but his replacement, Daniel Ricciardo, sometimes comes up with a Down Under expression or two that keeps him guessing.

But not getting the lingo right hasn't stopped Ward from helping his new Red Bull driver stay ahead of teammate and reigning four-time world champion Sebastian Vettel.

Sunday's Canadian Grand Prix at the Circuit Gilles Villeneuve will be Ward's seventh race as the performance engineer for Ricciardo, a likeable Aussie with a perpetual 1,000-watt smile and a penchant for obscure Canadian punk rock.

"He's really fun," said Ward, who first worked with Ricciardo five years ago, when Ricciardo tested for Red Bull. "He listens to a lot of the same stuff I listened to in high school. It's kind of hilarious and pretty cool."

Among others, Alexisonfire, a post-hardcore band from St. Catharines, Ont., ranks high on Ricciardo's playlist. When asked what Ward might say about him, Ricciardo quipped: "That I am probably the coolest driver he's ever worked with."

Ward's job is to work with Ricciardo at the track to crunch data and figure out ways to maximize the performance of aerodynamics, brakes, tires, and driver technique.

Inside the car, the 24-year-old from Perth has proven quick, outqualifying Vettel four times in six races and beating him to the chequered flag in the three races they both finished. This is the same Vettel who won the final nine races of 2013 and left everyone, including teammate Webber in the dust on his way to consecutive title No. 4.

Ricciardo is in his fourth F1 season, joining Red Bull after two years with its Tier 2 team, Toro Rosso. He made his F1 debut midway through the 2011 season with the now-defunct HRT outfit.

How does a young upstart go about joining a team and beating its world champion? It's simple: Keep doing what you have always done.

"It's important to try and learn from (Vettel) because I would be silly not to – he's obviously is the best in the world – so for sure I can't be stubborn about it," said Ricciardo. "At the same time, I think I work well when I focus on myself and I think if I get distracted by what Seb's doing too much or any other teammate is doing, then it takes my mind away from what I need to be doing.

"I have a lot of belief in my ability and I know if I am doing everything I can do to my best, then the results will come."

That plan is working so far, with Ricciardo fourth in the points standings, two spots ahead of Vettel. He'd be higher if it weren't for a disqualification in the season opener in Australia, where his car was found to have exceeded fuel flow limits. Adding the 18 points he lost when he was stripped of second place would have him 11 ahead of Fernando Alonso, in third place.

Although looking in the rear view at Vettel is nice, the real target for the team is Mercedes drivers Lewis Hamilton and Nico Rosberg who, between them, have won all six grand prix in 2014.

"It's important to keep pushing relentlessly anyways because obviously we have a gap to make up to Mercedes and that's the focus right now," Ward said.

"Everyone has been pretty happy with how Daniel has performed – for us we go about it the same as any other situation we just try to get the most out of the car and driver," he said. "That doesn't change: Even in the years that we were fortunate enough to clinch a championship before the end of the season, you still approach the next race wanting to get everything out of it."

The reason Ricciardo has the upper hand early could be that the car suits his driving style better than his champion teammate. Vettel has also had bad luck with two retirements in six starts, including an engine failure in the last race in Monaco.

Besides, Ricciardo said, it's still early and whether he can stay ahead of Vettel remains to be seen.

Make no mistake though, ending 2014 with more points than Vettel "wouldn't be a bad thing," but Ricciardo believes he's already made his point.

"I probably have done enough to show the guys that I can do it – when I say 'Can do it,' it's not specifically beating Seb, but race here at the front and be in a top team and deserve to be here," he said.

"Whatever happens in the championship, unless we win, it's not going to matter." 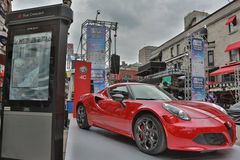 Will Hamilton and Rosberg bring their rivalry to Montreal this weekend?
May 11, 2018 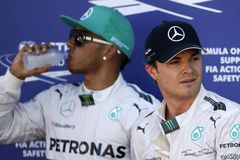