When a driver like James Hinchcliffe gets knocked out of the car due to serious injury, the keys to getting back on track successfully are patience and mental toughness, says four-time IndyCar champion Dario Franchitti.

While the early part of the recovery is simply about patience as the body gets well again, once a driver starts concentrating on regaining the fitness level needed to return to their day job, being mentally strong comes in handy.

"I always found during the getting back to fitness period, I got very focused on what I was doing and was kind of closed-minded," said Franchitti, who came back from serious injuries a few times in his career before he was forced to retire two years ago due his third major concussion.

"There's somebody else driving your car and that sort of thing can distract you, if you allow it. I just got on with the job."

IndyCar driver Hinchcliffe suffered serious injuries to his legs when a suspension part pierced the cockpit in a practice crash for May's Indianapolis 500. He is unlikely to return for the 2015 season.

Just as the training can't start before the healing is done, drivers must show patience when they start getting close to race shape. A huge risk of being so eager to get back on track is that drivers fool themselves into thinking they can run a test or race before the body is actually ready.

"Of course, yeah, I've done that, absolutely," Franchitti said when asked if he had ever returned too early following a big accident.

"When I broke my pelvis, I came back when it was still moving around but actually at that point the bigger issue was the head injury — knowing what I know now, I probably should have taken the year off, but I got straight back in the car three weeks later."

The Scotsman also admitted he did the same thing after suffering a broken back in a motorcycle accident.

Once Hinchcliffe is healed and ready to go, mental toughness will likely come into play again, Franchitti said. One of the last hurdles Hinchcliffe may face is getting over the initial fear of being strapped into an IndyCar cockpit for the first time after his accident.

"Each person is different, and what was true for me, might not be true for James or any other drivers," said Franchitti, a three-time Indianapolis 500 winner.

Only one IndyCar driver, Ganassi's Scott Dixon, went out on track for the second free practice session after rain hit Exhibition Place Friday afternoon. And even then, Dixon didn't even complete a full lap, pulling into the pitlane after one tour around the soggy track. The official reason the rest of the teams stayed in the garages was that no usable data would be gained by running in wet conditions. It was an odd explanation considering that rain was predicted for Sunday's race, which left many wondering if there were another reason, such as a lack of spare parts for the cars.

The number of grandstands at the Honda Indy continued to shrink this year and are now at embarrassing levels. A race that once packed 75,000 fans into Exhibition Place now likely has somewhere around one-tenth that number in grandstand seats. The biggest reduction this year happened behind pitlane on the start-finish straight where about half of the seats were removed due to ongoing construction. While there exists room elsewhere at the venue, the seats were not relocated or replaced. In the end, it didn't matter as Sunday's rain meant few of the seats were used. A charitable guess would put the race day crowd at about 10,000.

Many fans were wondering why Chevrolet withdrew the No. 63 Corvette C7.R from the 24 Hours of Le Mans rather than run a spare car after driver Jan Magnussen crashed heavily in practice last Thursday. The reason is simple: the cars take thousands of hours to build — a large portion of time is spent creating custom, handmade components — and showing up at Le Mans with even one spare chassis is not only massively expensive, but also logistically impossible given the number of Chevrolet workers on the project and the time available to prepare the entries. It really didn't matter anyway because the only Corvette in the race won the GTE-Pro Class on the weekend.

"The concrete here is not very textured. If the sun is at the right angle, it shines. Shows you how slick it is. When you throw some water on it, it's definitely quite exciting."

— IndyCar driver Sébastien Bourdais, of KV Racing, on why the Exhibition Place street course is so tough to drive in wet conditions.

While there's no easy racing in the Porsche GT Cup Challenge, the two winners of the weekend in Toronto put the spotlight on the tough slog young drivers have in Canada. Saturday winner Scott Hargrove, of Surrey, B.C., looked to be on the road to IndyCar last year until a broken gearbox in the Pro Mazda Championship season finale meant he finished second overall in the standings, which cost him a scholarship into Indy Lights. To make matters worse, the driver who benefited from Hargrove's breakdown, Californian Spencer Pigot, won both the Indy Lights races in Toronto. The other Porsche winner, Markham, Ont.'s, Daniel Morad, was one of Canada's most promising open wheel racers before he ran out of money. He is finally back to full-time driving after five years away from racing. 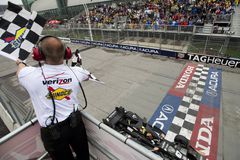 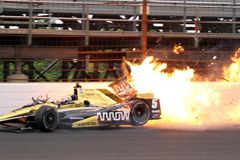 F1 drivers weigh in on how to make sport more exciting heading into Montreal
June 1, 2015 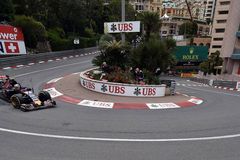