Six hours' drive from anywhere, this is the town that time forgot – for the past century, its population largely stuck at 10,000 friendly souls. For motorcyclists, as with any others who find their way to Nelson, its petite charm is what makes it so special. The 215-kilometre route that circles the Kokanee Glacier is an experience that delivers heart-stopping hairpin turns, mesmerizing scenery and quaint towns that are living (and, in the case of Sandon, dead) mementos to the area's raunchy mining history. Better, except a narrow peak season, these paved ribbons of ecstasy are virtually vacant except for the ubiquitous rumble of the dominant native species – Harlus Davidus. Here are a few things you cannot miss: 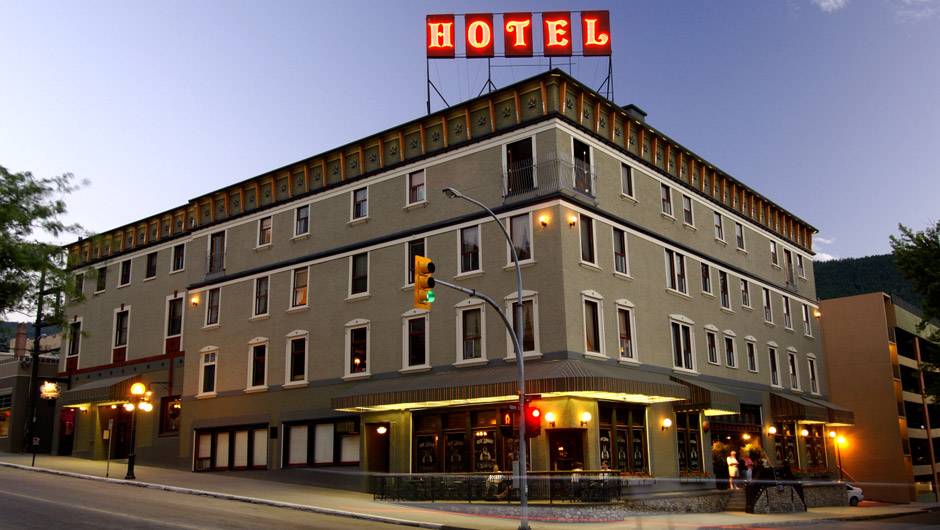 Consistently rated tops in town, this heritage hotel sits smack in the middle of the city, just a block from the restaurants and shops on Baker Street. More than a century old, it is halfway through a restoration that is transforming its spacious rooms from dowdy into executive-class luxury. Dine in the cozy library on the main floor, then catch some late night frivolity in the basement Spirit bar. 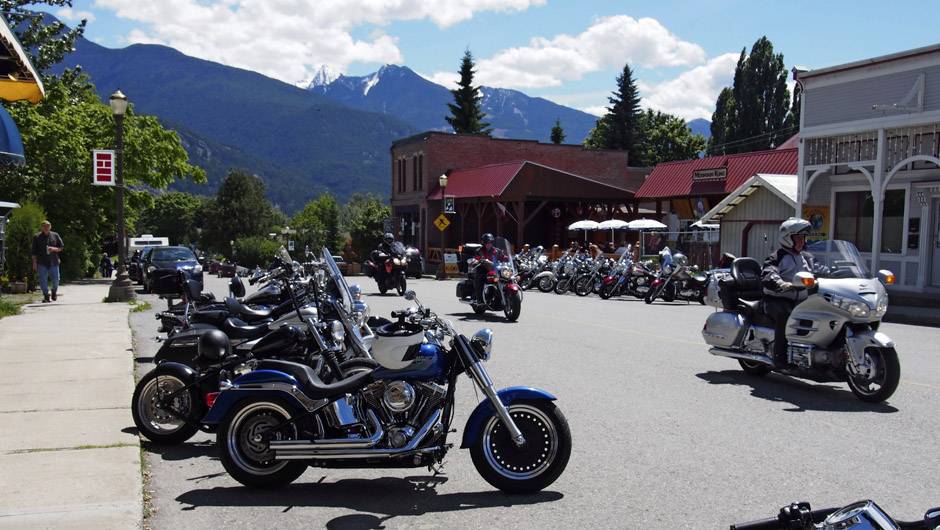 Many of the original wood-frame structures endure from the town’s mid-19th-century founding days, including a steepled two-storey fire hall. Hit the backyard patio at the BlueBelle Bistro & Beanery for some contemporary fusion cuisine, then head over for a gander at the S.S. Moyie, a 1898-vintage CP steam-driven sternwheeler that plied area waters until 1957. 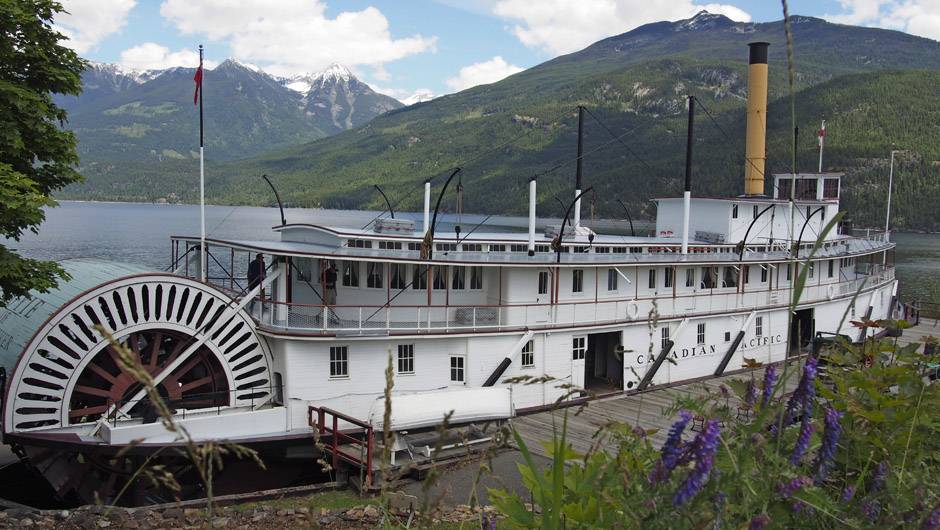 The world’s oldest intact sternwheeler was rescued and lovingly restored by area volunteers. 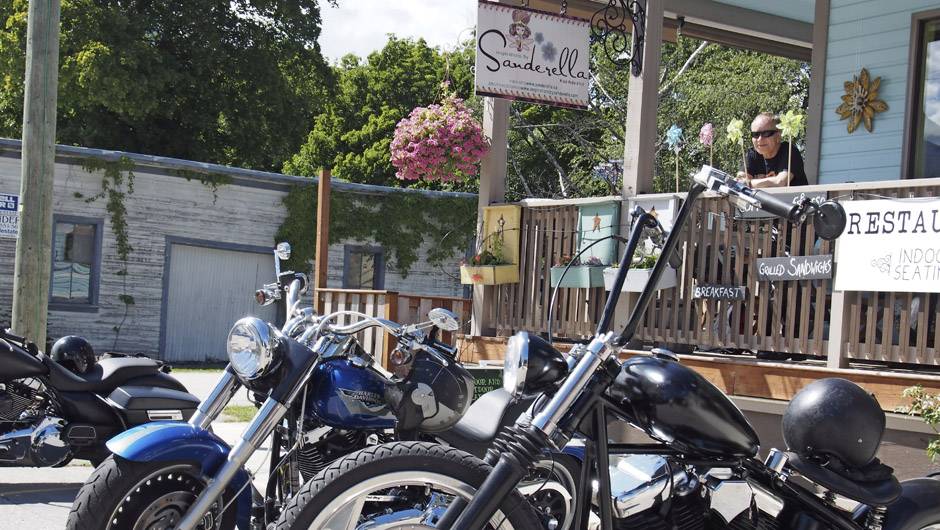 This bucolic town on the eastern shore of Slocan Lake features a variety of shops and eateries for drifters of both the two-and four-wheeled variety. Make sure you sit out on the porch to savour the hand-made gelato at Sanderella, where the snack bar is a sideline to the hundreds of hand-crafted jewellery, local crafts and tchotchkes crammed into its bright and inviting interior. 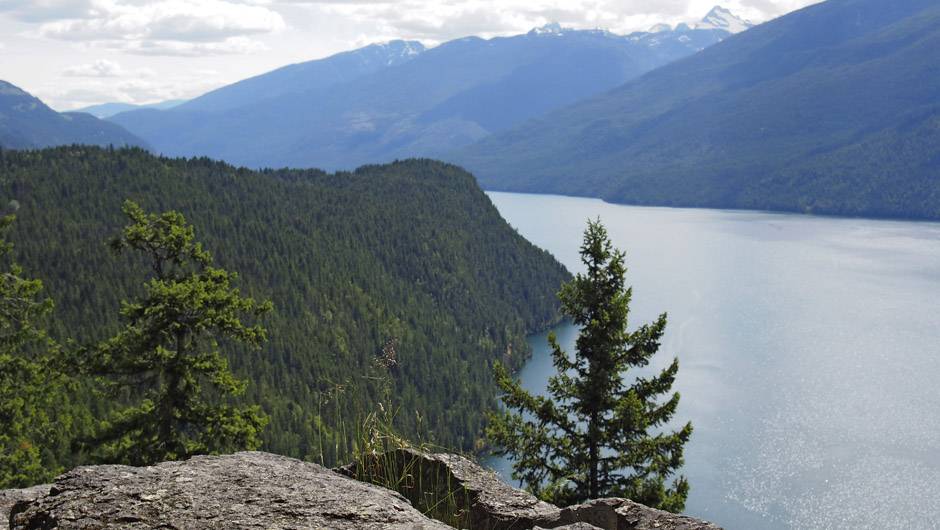 About 20 kilometres south of New Denver, the road soars to hundreds of metres above the eerily quiet Slocan Lake. Try to find a boat; we couldn’t. It’s one of the best views in the Kootenay Valley. Then, head a few kilometres further along and stop at the Frank Mills Outdoor Mining Museum in Silverton. 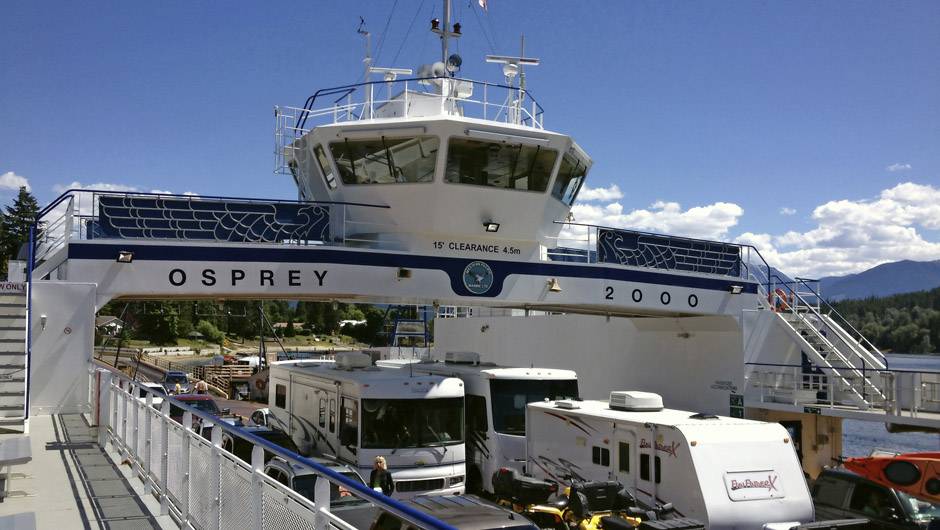 3A ALONG THE EASTERN SHORE OF KOOTENAY LAKE

Take the half-hour (incredibly) free ferry ride from Balfour across the lake to Crawford Bay. 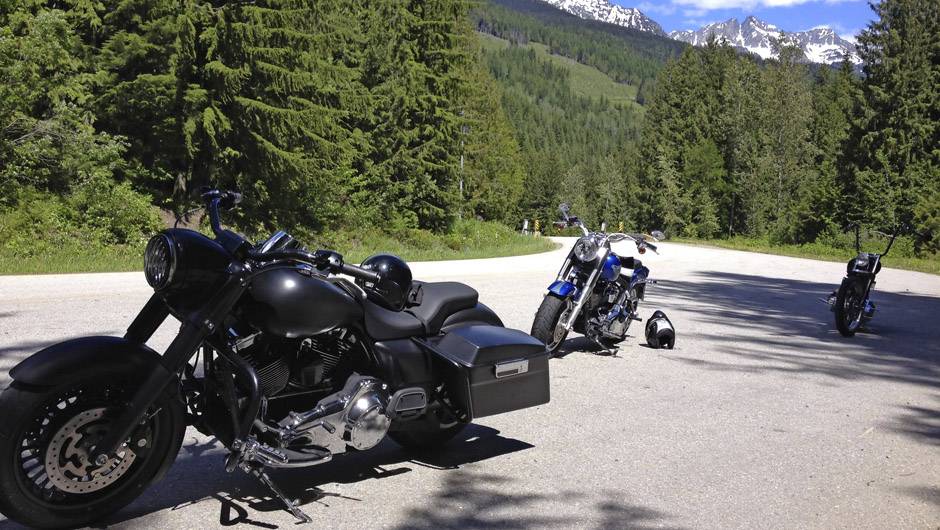 There you’ll find yourself on a stretch of pavement with more curves than a strand of DNA. It hugs the shoreline of Kootenay Lake for 76 kilometres south to Creston. Bikers come from around the world to do this white-knuckle route. 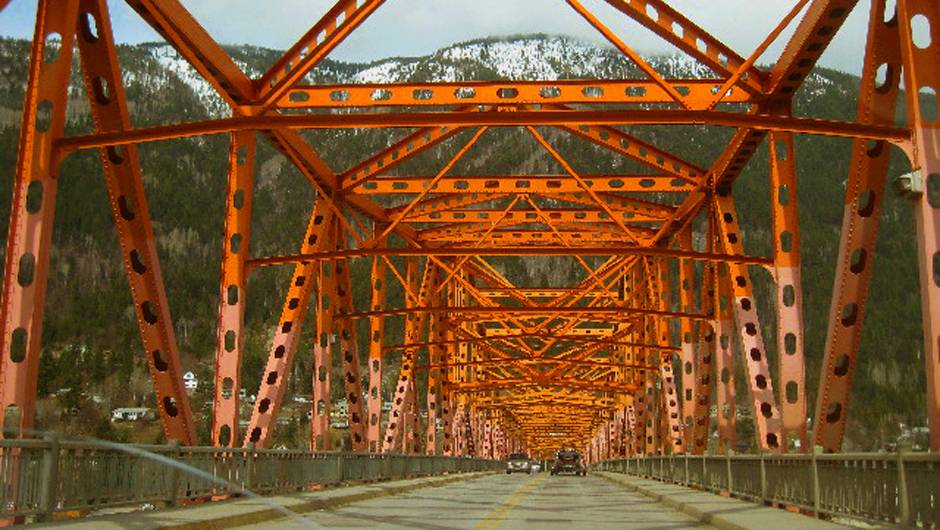