It was a loving text message exchange not initially intended for public consumption.

"I adore you, Mme. Brochu," Mathieu Fortin typed to his girlfriend, Emy. From her car, she pinged him back a smitten text. "I love you too and I will do all I can to make you happy," she wrote. Fortin replied with a smiley face and a string of 'xxes' meant to signify kisses.

It's not clear whether Brochu saw that sweet message before her car slammed into the back of a transport truck as it merged onto a Victoriaville, Que., highway. But Fortin's subsequent texts show he quickly grew worried by her lack of reply. He tried to tempt Brochu to call, requesting to hear her "beautiful voice." A few hours later, he tried again to no avail. "Is everything going well, my love? I'm a bit worried."

He was right to be. Brochu, a gorgeous 20-year-old, was dead.

Police ultimately deemed texting the cause of Brochu's fatal crash. Soon after, a mournful Fortin posted the couple's heart-wrenching final exchange on Facebook in a bid to drive awareness of what has become an increasingly deadly habit across North America. "The irony of her last message breaks my heart into a million pieces," Fortin wrote in a posting that garnered 100,000 followers and was published online and in print around the world.

Two years later, distraction – caused by texting, smartphones and other forces that draw drivers' attention off the road – is eclipsing impaired driving as the leading cause of crashes and fatalities in many jurisdictions across Canada and the United States.

In Nova Scotia, RCMP have pegged distraction as the leading cause of fatal crashes in three of the past five years; distractions took more lives on Saskatchewan roadways in 2012 and it rivals impaired driving as one of the top causes of on-road deaths in Ontario. Nationally, fatal collisions caused by distractions increased 17 per cent between 2006 and 2010, the most recent five-year period for which data is available, according to Transport Canada.

"With the proliferation of technology, it's hard to say what … this is going to lead to," said Nova Scotia RCMP Constable Mark Skinner. "We know it's a problem already. Will the problem continue to get worse?"

Researchers fear the trend is on an upswing. Statistics collection has yet to evolve to show which highway fatalities are caused by texting or dialling a cellphone. However, academics who study the issue say texting is the most deadly of distractions – drivers who read or write text messages while operating vehicles are 23 times more likely to be in a crash than non-distracted drivers, according to researchers at the Virginia Tech Transportation Institute (VTTI).

In the U.S., texting while driving annually causes 1.6 million accidents (National Safety Council) and 330,000 injuries (Harvard Center for Risk Analysis). Stunningly, 11 teens die every day while texting in the car, according to the Institute for Highway Safety.

"Dialling or texting or reading a text message, that's when they get themselves into trouble," said Charlie Klauer, a research scientist at VTII who specializes in watching people drive. Her studies involve monitoring drivers for months at a time via cameras and other equipment installed in their vehicles. "We don't see any increase [in crash risk] at all when we see adult or novice drivers talking on a cellphone, regardless of whether they're holding it or hands-free," she said. "That's because when you're talking on a cellphone, you're still looking forward."

Teens, according to Klauer's latest research, are particularly prone to distracted behaviour in the months after being licensed. Her data, published in January in the New England Journal of Medicine, showed that while novice drivers engage in distracted behaviour less frequently than experienced drivers in the first six months of their driving careers, their willingness to text or take part in other risky distractions doubles that of experienced drivers by the time they've been on the road for a year and a half.

The results of a study commissioned by Ford Motor Co., of Canada late last year reveal similar findings. In it, 93 per cent of teens admitted to distracted driving; 72 per cent admitted to using hand-held technology, such as texting, while behind the wheel and 37 per cent admitted to e-mailing while their vehicle was in motion. Ford also found that teen drivers are apt to engage in riskier behaviour as they age – 16 or 17-year-old respondents said they were more likely to follow the rules of the road (71 per cent) than their 18 and 19-year-old counterparts (48 per cent).

"You can Skype with them, teens are doing Instagram and Snapchat while driving. I do think we're going to see more and more distraction crashes because of the smartphones," she said, adding: "We need to be very vigilant in educating both teens and parents that these types of activities are very dangerous for teen drivers and they should avoid them at all costs."

Nicholas Ashford, a professor of technology and policy at the Massachusetts Institute of Technology (MIT) has been an outspoken critic of what he views as auto makers' decision to prioritize consumer desires for increased technology in vehicles over limiting its ubiquity for safety reasons.

"I'm totally amazed at the social irresponsibility of the auto industry," he said.

"These people are promoting death. That's what they're doing. It comes down to biology," he said, adding: "We process audio signals and we process visual signals. The brain functions so that it increases the signal of … what we want to pay attention to. The other one becomes very muted."

Gary Strumolo, a manager of vehicle systems and design at Ford, said the issue of integrating the newest communications technology into the company's vehicle is double-edged.

"We want to make sure that while we take advantage of some of the information that can come into the car that we do it in a responsible way, so the driver can maintain the hands on the wheel and eyes on the road," he said. "It's the overriding consideration for us … to make sure that when we do introduce something, it doesn't adversely affect the driver's ability to safely operate the vehicle."

The future of in-car communications technology, Strumolo predicts, will feature more integrated use of smartphone "assistants" such as the iPhone's Siri and Google Now in the vehicle. "You'd never have to look at your phone – it could be in the trunk," he said.

Virginia Tech's Klauer is on side.

"A complete ban on cellphones is not useful," she said, adding that she supports "a truly hands-free system" that requires at most one push of a button. "People are going to do it anyway. So let's make it easy."

For Fortin's part, he hopes the story of Emy's death – it has since inspired a French rapper to compose an anti-texting ballad – continues to serve as a deterrent.

"I hope that each time you look at your cellphone while you're driving you think of Emy …" he wrote in his Facebook message. "At what point can a text message or an e-mail become more urgent than life? At what moment are the activities on your phone more people than the people who love you?"

Sign up for our weekly newsletter.Special to The Globe and Mail 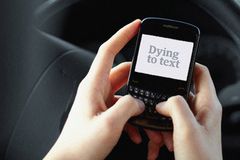 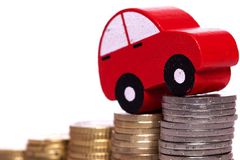 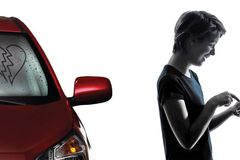