Toyota Motor Corp. is advising U.S. owners to keep passengers out of the front seats of several models until dealers can repair defective air bags, four months after taking similar actions in Japan.

Toyota issued the public warning as the National Highway Traffic Safety Administration stepped up efforts to reach at least 4.7 million motorists driving with potentially faulty air bags. The car maker Monday added to its air-bag recalls for the second time since June, when the company joined Honda Motor Co., Nissan Motor Co. and Mazda Motor Corp. in instructing dealers in Japan to disable passenger-side air bags and tell owners to prohibit passengers from sitting in the front seat.

"This is a very focused attempt to raise awareness with owners of affected vehicles in these particular regions, where we have found the incidence of failures is the highest," said John Hanson, a Toyota spokesman.

Toyota alone has called back more than 875,000 vehicles in three separate campaigns as part of recalls also affecting General Motors Co. and Bayerische Motoren Werke AG in the U.S. NHTSA and the car makers are investigating air-bag inflators made by Takata Corp. that may malfunction if exposed to consistently high humidity and deploy with so much force that a metal part could rupture and strike occupants.

The world's largest auto maker sent a recall notice to NHTSA on Oct. 19 for 247,000 vehicles, including some models of the Toyota Corolla, Matrix, Sequoia and Tundra, made from 2001 to 2004. Most of the vehicles had been subject to recalls by the company in June this year or May 2013, Hanson said.

Auto makers are required to have an immediate remedy prepared when they recall vehicles in Japan. This prompted local carmakers including Toyota to deploy the stopgap measure of disabling air bags and installing warning stickers to discourage against sitting in front-passenger seats if dealers didn't immediately have the parts to replace faulty air bags.

Toyota said it extended this approach to the U.S. – where immediate fixes are not mandated – after Takata shared data that showed the inflators sent back to the supplier as part of its customers' recalls were performing improperly.

Takata plunged 23 per cent, the steepest drop on record, to 1,686 yen today in Tokyo trading. The shares have declined 44 percent this year, compared with a 7.4 percent drop in the benchmark Topix Index.

Toyota is directing dealers to make fixes available sooner in high-humidity areas, where NHTSA has urged for particular urgency in response to four deaths potentially linked to the flawed safety devices. Worldwide, about 2.27 million Toyota vehicles had been affected by the air-bag recalls as of June, the company said.

Honda is still examining air-bag inflators that have been replaced as part of its recalls of 2.8 million vehicles in the U.S. tied to Takata air bags the past two years, spokesman Chris Martin said. The company hasn't decided yet whether to issue warnings against sitting in front-passenger seats in the U.S.

"We will act appropriately based on the results of this investigation," Martin said by phone. Honda is Takata's biggest customer and owns 1.2 per cent of the Tokyo-based parts maker.

Mazda has no plan to have dealers disable passenger-side air bags in the U.S., spokeswoman Keiko Yano said by phone. The company has recalled 159,614 vehicles globally due to Takata air bags. Separately, Mazda has asked owners of 34,551 vehicles in Florida, Hawaii and Puerto Rico to get their air-bag inflators replaced as of June, she said.

Nissan spokesman Chris Keeffe said the company couldn't immediately comment about whether it will make any changes to its U.S. recall strategy. 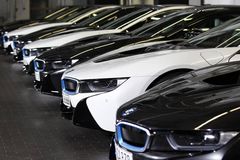 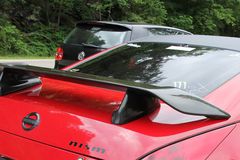 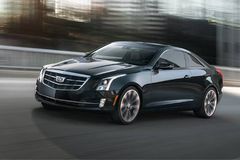 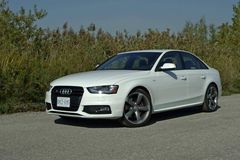 Credibility is crucial to investigation of Bianchi crash
October 20, 2014 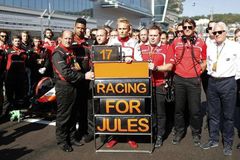