With all eyes on Sebastian Vettel as he storms to his fourth consecutive Formula One world championship, many have missed the quiet maturation of Lotus driver Romain Grosjean.

After a troubled 2012 where the French driver seemed to be at the centre of almost every controversial crash and even found himself banned for one race after causing first-corner calamity in Belgium, Grosjean has turned things around this season.

No longer the driver at the business end of pointed fingers when mishaps happen, Grosjean appeared to be on the way to earning his first career F1 win in Sunday's Japanese Grand Prix before he faded to third behind Red Bull's Vettel and Mark Webber by the time the chequered flag flew at the Suzuka Circuit.

"We almost catch the Bull I said to my engineer today," Grosjean said after the race.

"Never mind, we were the only car to be able to follow them. We did not even think about racing them before the race and the strategy says that our target was [Mercedes driver] Lewis [Hamilton, who started third], so, so far it was a pretty good race."

"Good" certainly wasn't a word bandied about last year when it came to Grosjean's performance in Japan. The Lotus driver found himself the target of some fierce criticism from Webber after a first lap accident saw the Red Bull driver forced off the track two corners into the race. Although he recovered to finish ninth, Webber certainly didn't mince his words after the 2012 race at Suzuka, calling the Lotus driver a "first-lap nutcase."

Twelve months later, even one of his harshest critics sees a different man behind the wheel of the black and gold Lotus car in 2013.

"I think it's very clear that Romain has a very different mental approach to the job at the moment this year: He's driven some quite strong races, putting together the whole weekend which is a sign of a driver starting to get a bit more relaxed and confident," Webber said.

"You know, we're not here to blow smoke up his arse, but in the end he's doing a very good job this year and it's a big step for him."

There were no brain cramps this year in Japan where Grosjean made an incredible start from fourth on the grid to take the lead at the first corner, but he could not hold off the all-conquering Red Bulls. He lost the lead for good to Vettel after his second pitstop near the halfway point in the 53-lap race and then could not keep Webber behind in the fight for second, with the Red Bull driver finally getting past on the penultimate lap.

"Seb [Vettel] was really too quick for us," said Grosjean, who now has two consecutive podiums in his pocket after Japan.

"I think it would have been nice [to fight with] with Mark until the end of the race, but we caught some slower cars, lapped cars and they really blocked me a lot. I lost the position against Mark – I don't know if I could have held him until the end but, yeah, it cost me, I think, quite a lot."

The 27-year-old got his start in F1 four years ago as a replacement for Renault driver Nelson Piquet Jr., who was involved in a 2008 race-fixing scandal in Singapore that came to light during the following season. Paired with two-time world champion Fernando Alonso, the step from a test driver role with Renault to a race seat proved difficult and Grosjean only managed a best result of 13th in his seven starts in 2009.

Dropped by Renault at the end of the season, Grosjean returned to racing in F1's feeder series and took both the GP2 and GP2 Asia Series titles in 2011 before joining Lotus in 2012. Things didn't go smoothly in his second shot at F1, with seven first-lap incidents tarnishing some good performances last year. It went from bad to worse in Belgium, where Grosjean squeezed then-McLaren racer Lewis Hamilton on the run to the first corner and caused an accident that took out four cars and nearly decapitated Alonso, who now drives for Ferrari.

Many felt he shouldn't be back this year, but the Lotus team stood by its driver and Grosjean's more mature performance in 2013 proved the team right.

Although he had a slow start to the 2013 season and seemed outmatched by his 2007 world champion teammate Kimi Räikkönen, the French driver has beaten his teammate to the finish line in three the past five grands prix and also outqualified him in four of those races.

It's no wonder he feels "pretty good" about his pace of late and feels a win is only a matter of getting everything right on race day.

"We are where we expected to be," he said. 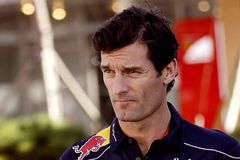 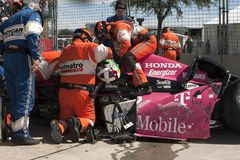 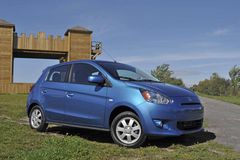 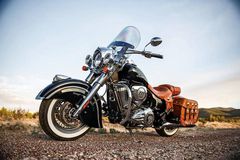 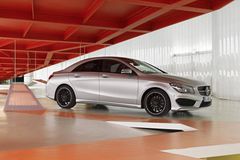 NASCAR has an odd way of proving its commitment to integrity
October 4, 2013 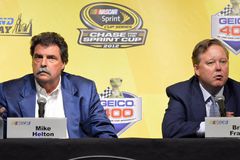