Audi just may build the concept, which combines the performance of a sports car with the versatility of an SUV. The engine is a 5.0 V-10 TDI diesel rated at 544 hp and a staggering 738 lb-ft of torque. It will do 0-100 km/h in 3.8 seconds, by the way. Audi developed the Nanuk quattro concept show car with Italdesign Giugiaro and its sister VW Group company Lamborghini. Audi says it's a "sports car for any stage of life and for any surface – equally at home on the race track, the highway or a winding country road as it is off-road in the sand or in the snow." Audi surely will build it and sell it to oil-rich millionaires in the Middle East and Russia, if rumours hold true.

Lexus, Toyota's premium brand, seems poised to add its first compact crossover to the lineup. The production version of this wagon would be smaller than the current RX and, if the concept is any indication, takes the L-finesse design language to someplace way out there. If the LF-NX makes it into showrooms, it will surely have a full hybrid powertrain. Perhaps Lexus will tone down that dominating spindle grille, however.

Daimler CEO Dieter Zetsche and Nissan-Renault CEO Carlos Ghosn appeared together at a lengthy press conference in a hotel just outside the show – neutral ground, as it were. They were there to talk about deeper co-operation between their two companies. Real-world examples of what this means were on the show floor at Frankfurt. One was the Infiniti Q30 concept, the other the Mercedes-Benz GLA production model. The two share Daimler-developed underpinnings and both may some day be built on an assembly line at Nissan's Aguascalientes plant in Mexico. Infiniti says the Q30 is a concept, but all signs point to a production version coming to market in 2015. For the time being, it will be built at a Nissan plant in England. The GLA is headed to showrooms sometime next year.

The Concept Coupe is the first in a series of three concept cars that Volvo says point to the company's new design direction while also paving the way for an all-new XC90 crossover next year. "We are creating a new product portfolio that blends a strong heritage with innovative technology and emotional design," said Lex Kerssemakers, head of product strategy. Volvo also used Frankfurt to tout new 2.0-litre, four-cylinder Drive-E engines that initially will be offered in the S60, V60 and XC60.

Yes, Jaguar is going to add a crossover to its lineup. The concept shown in Frankfurt also gave Jaguar an opportunity to talk about the new aluminum architecture that the production version of this concept will ride upon – it and several other Jaguar models. The first Jag to use the architecture will be an all-new mid-size premium sedan set for a launch in early 2015. As for the crossover, Jaguar design boss Ian Callum said, "We designed the C-X17 from the ground up from a distinct set of principles, a deep sense of what makes a Jaguar: exciting proportions, clean lines, balance of form. Assertive and powerful, yet with a beautiful sensuality about it, the C-X17 is boldly, distinctively Jaguar."

updated
Hottest cars at the Frankfurt auto show Gallery
May 12, 2018 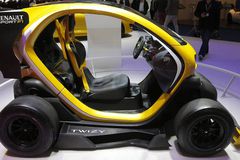 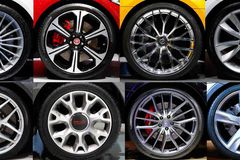 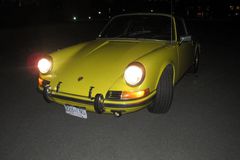