On Day 1 of the Pan Am Games lane restrictions, my 85-kilometre commute to work was longer – one hour and 52 minutes – and more frustrating than usual. There's nothing like an empty HOV lane to your left to set you stewing as you crawl through thick traffic on the Don Valley Parkway. So today, GO Transit is my chosen method of travel, and I hope to fare better than on Monday.

I start my car and back out of my driveway at 7:23 a.m., headed for the Oshawa GO station. Traffic is flowing smoothly and at speed. I arrive at 7:41 a.m. and park in the far reaches of the almost-full GO lot. A light rain falls as I hustle to buy a ticket. I pay $20.50 for a round-trip ticket to and from Toronto's Union Station and board the train at 7:50 a.m., three minutes ahead of its scheduled departure time.

So far, so good. Four cars in, I choose a window seat facing my direction of travel on the upper level. Turns out I'm in the "Quiet Zone" – all upper levels are tagged as such. Like there's a wild party going on downstairs?

The upper level is about 60 per cent full as the train pulls out of the station on time. At the end of the car, a woman sitting in a corner seat is applying makeup. Most of the rest of the passengers are either sleeping or staring at the glow emanating from their smartphones. The train – an express, not the regular milk run – stops in Whitby, Ajax and Pickering and, by the time it departs there, about 90 per cent of the seats are occupied. The one beside me remains empty. I delight in this little victory. However, across from me is a bearded man who sleeps the entire trip and a woman who takes big swirly swigs of her double-double Timmies, her cheeks puffing out like a blowfish as she inhales the coffee.

On the other side of the aisle, a dark-haired, brown-eyed twentysomething woman is applying eyeliner. Three seats behind her, a man who you'd say resembles a young Jim Carrey – if you squinted funny and had too much to drink – is coughing, sneezing, sniffling, blowing his nose and washing down cold medication with his coffee. Fabulous. I'm trapped in a confined space with a sick dude. My throat instantly feels scratchy.

Nobody speaks the entire trip in the aptly named Quiet Zone but, as we slowly approach Union Station, the eyeliner woman pulls out her makeup kit again and resumes work on herself. She has so much black eye goo going on, she's starting to resemble a raccoon. And then the blowfish lady starts to do the same, rubbing a light base onto her cheeks. If I do this trip again, I'm definitely bringing my shaving gear.

The train arrives at Union three minutes late, at 8:46 a.m. I blindly follow the crowd and somehow emerge at street level at Bay Street and Wellington Street. A little off target, but no matter. Down Bay, I turn right onto Front St. and start the 1.6-kilometre walk to The Globe and Mail. I arrive, a little sweaty, at 9:11 a.m. Fortunately, the rain holds off.

Total trip time: one hour and 48 minutes, four minutes better than by car on Monday.

Now here's the thing: that one hour and 48 minutes is a best-case scenario while the one-hour-and-52-minute car trip is out of the ordinary. Both methods of travel can sometimes become horribly worse, but only the car trip can become quicker. Also, I lose the freedom and flexibility the car affords me. But the walk is good – I could use more exercise.

And fortunately, for me anyway, I'm working from home the rest of the week.

Safe travels – however you choose to get there. 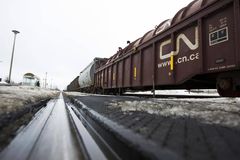 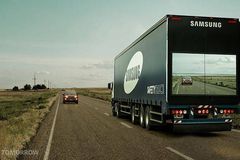