General Motors has mapped out a comprehensive electrification strategy that includes a reinvented 2016 Volt plug-in hybrid, a 2016 Malibu hybrid, the retail launch of the Spark EV in Canada and other markets, and the Bolt EV.

All will be sold in global markets through GM dealerships, covered by factory warranties and backed by service procedures proven over the five years the current Volt has been on sale – with more than 70,000 Volts in the hands of customers.

Despite all this, Tesla remains the darling of the EV set. GM has made a demonstrable commitment to putting affordable electrified cars in the hands of the masses, but Tesla is considered a "buy" by a number of Wall Street analysts.

For instance, Morgan Stanley analyst Adam Jonas has a $320 per-share price target on Tesla (trading today at about $266), yet the company continues to lose money. The first-quarter loss at Telsa amounted to $154.2 million (U.S.). Nonetheless, the stock market puts a market cap on Tesla of more than $30 billion.

By contrast, GM today was trading at $35.43, for a market cap of about $57 billion. This begs the question: Does it gall Pam Fletcher, GM's executive chief engineer for electrification, and her team to see such buzz about Tesla, but not so much for GM? She pauses and says, "We just showed you a video of a real car."

She also points out that GM purposely puts key electrified vehicles into the Chevrolet brand. GM's hybrids, plug-in and pure electric cars are not just for the elite, she says, taking a jab at Tesla. The base price of a Model S in Canada is $77,200, or more than twice the expected price of the coming Bolt – or the estimated $33,000 price tag of the Spark EV when it hits retailers in Canada this October.

GM is anxious to get out its electrification message, naming it one of the key elements of the Chevy brand moving forward.

"We want to make it possible for our customers to adopt an EV with no comprises," says Fletcher.

Among the developments are the changes to the second-generation Volt plug-in for 2016. The next Volt will have an 80-km battery range, versus 56 km when the car was launched in 2010.

The 2016 Volt will have a lighter battery pack (by 45 kg) and boast 20 per cent more energy by volume. The car will do 0-100 km/h in 8.6 seconds and the on-board gasoline engine – the range extender – will continue to use regular fuel.

Fletcher and her team here at a GM-sponsored seminar were also keen to tout the coming Malibu hybrid. It adopts much of the Volt hybrid system and will be rated at 5.0 litres/100 km.

The coming Bolt EV, says chief engineer Josh Tavel, will be "a game-changer. It's going to be a special, special car."

Pre-production testing is under way at GM's Milford, Mich., proving ground, even though GM first showed a Bolt concept at the Detroit auto show, followed quickly by the production announcement. An on-sale date has yet to be shared, though.

Tavel says the Bolt will "set a new standard for the industry" among full-on battery cars. It will deliver on GM's publicized range and performance targets and it will ride and handle like a nimble city runabout.

"It's an all-new car from the ground up," says Fletcher, noting the Bolt will not be an updated, restyled Spark EV. It's a car that will show "alternative propulsion can work, and meet and likely exceed customer expectations."

She adds that GM is accelerating its electrification work based on what the company has learned from existing Volt owners who say that 80 per cent of their trips are in battery-only mode, and range for Volts three years and older meet or exceed the original battery-only range promised to customers.

"Imagine what we'll do with this car," she says, pointing to the Bolt.

Thought the Countryman was too big to be a Mini? Then check out the new Clubman
June 24, 2015 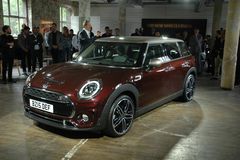 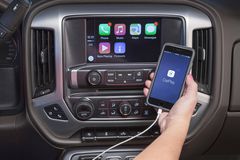 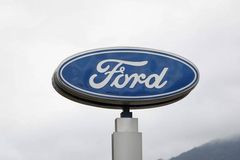