Cadillac sales in Canada soared 92 per cent in September and 29 per cent in the U.S. Those sales results reflect more interest at GM in pushing ahead with new models, not to mention better marketing for the luxury brand.

And Caddy's surge could not come at a better time for GM in Canada. You see, globally, GM seems to be doing quite well. The General this week announced global sales of more than 2.4 million vehicles in the third quarter of 2013, an increase of 5.5 per cent over the same period in 2012. However, in Canada, GM sales are up a less impressive 2.1 per cent on the year – in an overall market that's up 3.5 per cent.

"This is hard to explain especially since by addressing their product and a long list of other issues they have picked up share in the U.S. and the identical product is marketed in both countries," says Dennis DesRosiers in a note to clients. Why the market share loss? Among other things, DesRosiers points to the closing of the Pontiac brand and changes to the dealer network in the post-2009 era, GM Canada has been hurt by both and quite seriously.

So Cadillac is a welcome "good news" story at GM Canada. As DesRosiers pointed out in a recent interview, two major things drive sales at all car companies: products and dealers. More and better Cadillac products will make a difference for GM in Canada. And a stand-alone dealer network undoubtedly would also have a positive impact on Cadillac sales.

Well, GM isn't going to launch a stand-alone Caddy network in Canada in the near future, but the product news is encouraging. The 2014 CTS looks like a very good entry for Caddy, as I've already noted in Globe Drive. But there's more. At a recent event in New York, global Caddy boss Bob Ferguson took the wraps off the reinvented 2015 Cadillac Escalade and suggested that while the new 'Slade may be the biggest Cadillac, it won't be the flagship model.

"We have other notions in mind," he told Automotive News, hinting pointedly that a large, rear-wheel-drive sedan is coming within the next two years. The ELR plug-in hybrid coupe, based on technology in the Chevrolet Volt, is due early next year, too.

GM has big plans to make Cadillac a global success. But then, GM has been harbouring big plans such as this for almost two decades. One day, GM would like Caddy to challenge the likes of BMW, Audi, Lexus and Mercedes-Benz, but that day remains years away.

Still, the focus on new models and launching them in a steady and consistent manner is encouraging for anyone who likes competition and remembers or has read about Caddy's glory days.

"They're going about rebuilding the brand the right way, with product that's consistently better with each generation," IHS analyst Stephanie Brinley told Automotive News. "But it's a slow process. It'll take several generations."

Several generations? Too long. A great deal of GM's comeback credibility is tied up in the Cadillac remake. Cadillac needs to make big leaps, not take baby steps. What we've seen so far is encouraging, but no one at GM should printing up banners saying "Mission Accomplished."

I'll predict this, however: if Caddy starts picking up chunks of market share and holding onto them, GM's other brands will, too. As Caddy goes, so goes GM.

Land Rover will modernize its rugged Defender - but when?
October 16, 2013 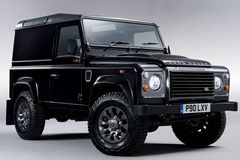 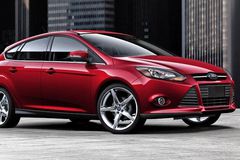 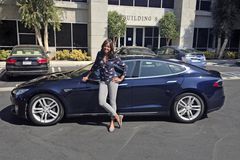 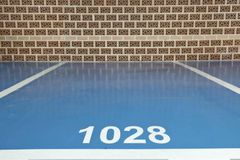 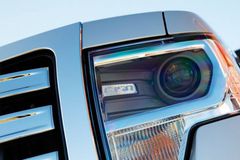 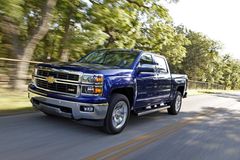