Just as we were digesting news that Toyota had sold its 10 millionth Camry sedan and its five millionth hybrid, we learn that Toyoda wants the sprawling and notoriously conservative auto company to sell 10 million vehicles a year worldwide.

"No company in this industry has ever exceeded 10 million units, but we would like to achieve that level," Toyoda told Automotive New Europe at the launch party of the global marketing campaign for Lexus. "And the means that we can use" to get there, he added, "is TNGA."

That would be the Toyota New Global Architecture approach to research and development of new models. It calls for increased use of common components and the simultaneous development of multiple models, explains just-auto.com. Volkswagen AG is the recognized world leader in this sort of engineering and Toyoda has noticed.

In a nutshell, Toyoda is putting his company on the offensive. He can do so because the company's worldwide product recall fiasco is largely over. That, along with a tamer Japanese currency and the last of the problems associated with the tsunami and earthquake crises in Asia, have set Toyota free from years of crisis management and into a new phase.

Indeed, by 2015, we'll see the first fruits of TNGA, reports Japan's Nikkei business daily. Initially, vehicles that share a platform will share 20-30 per cent of their parts, but the long-term goal is commonization of 70-80 per cent of parts across multiple models using the same architecture.

For buyers, this means the next-generation Corolla, which is not far away from showrooms, is a product of Toyota's old product development system. The same for the new RAV4, which has only been in showrooms for a few months.

But long-term, Toyota seems anxious to win the race to be the world's biggest auto company. A massive reorganization of the company is being rolled out with that goal obviously in mind.

Grand plans such as this are always fraught with dangers, however. Mass commonization of parts means that if one part fails and is recalled on one model, it likely will bring down all the other models sharing that part. This is at the heart of the problem Toyota had when it was recalling eight-million-plus vehicles worldwide. We'll see if Toyota's new organization is able to address this challenge – a challenge that really is an industry-wide issue, not merely a Toyota one.

At the same time, Toyota must also find a way to get out of the discounting game. It hurts the brand and hurts resale values and Toyota's senior executives have seen enough of it. Indeed, Toyota's new top executive for North America told Automotive News that lowering profit-sapping incentives is among his top objectives.

Satoshi Ozawa heads up a newly reorganized unit made up of the developed markets of North America, Europe and Japan, notes the industry publication. He is unhappy with incentive levels at the present time.

"We will not simply go after volume," Ozawa told reporters at a briefing in Japan. "We are going to restrain discounts and incentives."

What Toyota is embarking on as a global company has the makings of a great story, no matter how it ultimately turns unfolds. Toyoda, the scion who runs the company his family founded, has set a bold course.

And Toyota the company is making these moves from a position of strength. Toyota and Lexus brands recently landed atop the 2013 J.D. Power and Associates Initial Quality Study. The Toyota brand is the most valuable automotive brand in the world, according to a recent Millward Brown survey. Canadian Black Book says Toyota's resale values are tops in the industry, too.

Still, Toyota is playing the incentive game in ways that certainly have caught my eye. Toyota is throwing a lot of money at the market and not to great effect. In a Canadian new-vehicle market that is up 2.2 per cent on the year, Toyota brand sales are down 1.1 per cent. True, Lexus is up 2.7 per cent, but given the richness of its incentives and the newness of its lineup, it's not unreasonable to expect better Canadian results in 2013. Ozawa wants to reign in discounting, but what would Toyota Canada's sales look like without incentives and sales sweeteners?

All in all, Toyota is worth watching as it continues to reinvent itself while rolling out new models – the most important of which is the coming 2014 Corolla. 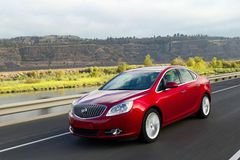 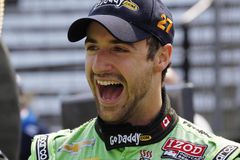 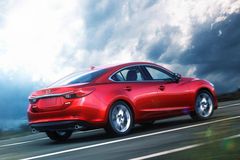 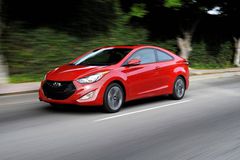