Among the rows of full-size black SUVs and movie fans lining the streets of downtown Toronto is a blue wheel-less car on the sidewalk.

Well, it isn’t actually a car, its a Visa display in the shape of a car designed to show what the future of driving may include. A future where cars can order and pay for pizza and let the restaurant know when you have arrived, or direct you to a gas station and pay for the gas.

“There is a great big shift,” said Derek Colfer, head of technology and digital innovation for Visa Canada, while sitting in the Connected Car outside Roy Thomson Hall. That shift is toward paying with mobile devices – from watches to glasses and even cars.

“For us (Visa), it is less about mobile commerce and more about the mobility of the Internet and those various devices the Internet will be attached to,” he said.

Here’s how it works: the Visa system is integrated into a car’s dashboard and the driver can use voice-activated technology or the touch screen to place an order. As the driver nears the destination, the car automatically notifies the restaurant or store and the car acts as the payment system. Then, upon arrival, the goods are brought right to the car.

Colfer concedes that it is similar to just using a company’s app with a location-based service, but says the connected car makes it more “frictionless.”

“There are certain things that make sense for a car like gas or food, parking would be another good example,” said Colfer. “You could certainly use your phone or your tablet in your car to do similar experiences, but I think they are going to be less friction-ful if they are integrated into the car.” 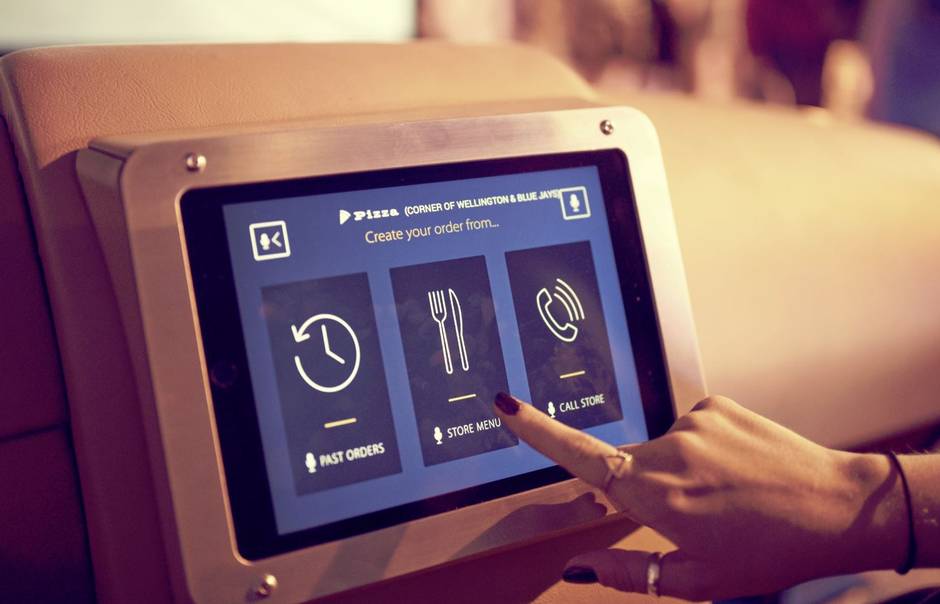 “The notion is this would all need to be activated while the car is in park. From a technology perspective it has the ability to differentiate between a driver and a passenger,” he said. The system could use biometrics to know if the passenger or the driver is using the system and only allow the passenger to use it.

“It would be up to the operating system to better define how they are protecting themselves from those hacks,” said Colfer. “From a visa perspective even if (a hacker) gets to those payment details today, a consumer isn’t liable for any transactions.” 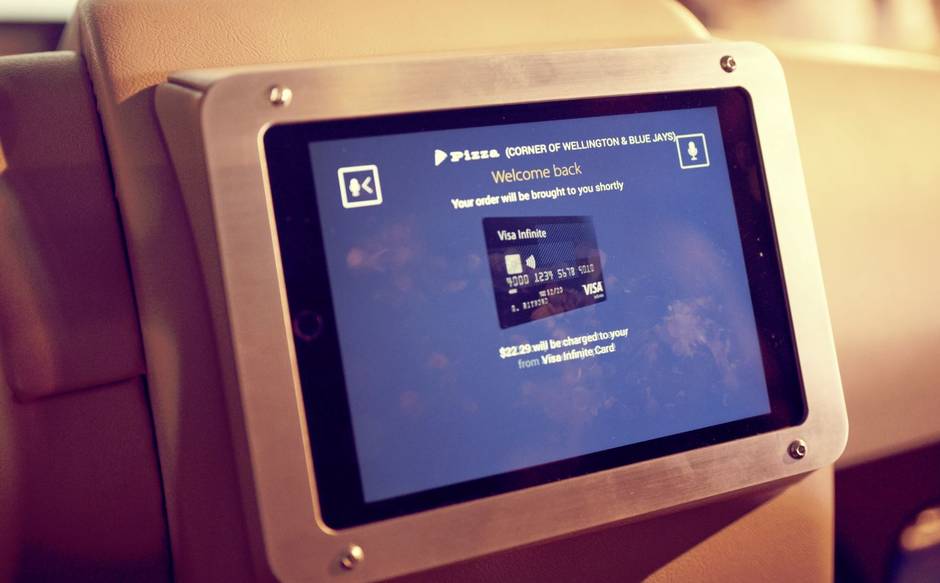 Moving this into cars is just one step. Here is how Colfer envisions commerce a decade from now:

“You have a digital device – a pair of glasses, a watch, perhaps a mobile device in your back pocket – the store knows who you are, the store hands you your pizza and you walk out. That’s how frictionless commerce will be.”

Visa unveiled the proof-of-concept at Mobile World Congress in Barcelona in March. That was with a tablet integrated into a car. This is the first time Visa is showing the display in Canada.

While Colfer wouldn’t say if Visa is working with any auto makers or firms that would make an operating system, he did hint at a timeline.

It will be on display through Sept. 20. 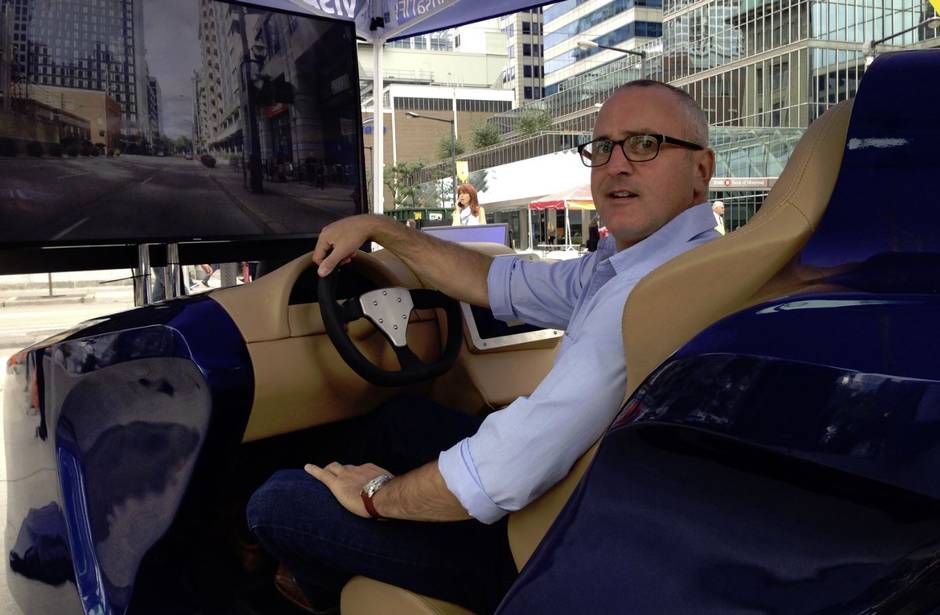