Volvo has released the third edition of its award-winning "Children and Cars Safety Manual," in which it advises parents to keep children in rear-facing child seats until at least three years old, and using booster seats until 10 years old at least – both recommendations notably longer than any child seat regulation in Canada.

All provinces require children to be in rear-facing seats for at least one year, with some slight variations in weight or age guidelines. Ontario, Quebec and B.C. all require a rear-facing seat until the child weighs 20 pounds, after which toddlers (20-40 pounds) are mandated to use a front-facing tethered child seat.

However, Volvo cites data from its 40-year-old Volvo Cars Accident Data Base that found that children in Sweden involved in collisions had the lowest injury risk in rear-facing seats – even children with legs long enough not to be able to stretch out straight in such a seat. Volvo researchers recommend that parents keep their children in those rear-facing seats even longer if possible, as long as the child's head doesn't extend past the edge of the seat, or the child's weight doesn't exceed that of the seat's capacity.

Such rear-facing seats reduced the risk of serious injury by 90 per cent compared to unrestrained children, while a forward-facing booster seat reduced it by 77 per cent. Regular adult seatbelt use in children younger than 15 cut injuries by 68 per cent, Volvo researchers said.

As for booster seats for older children, there's more variability in provincial safety legislation, with none required in Alberta, Saskatchewan or the territories. Most of the other provinces require such seats until the child reaches 4-feet, 9-inches, or at least the age of nine years, or until the child weighs 80 pounds.

These height and weight requirements are the same in Ontario, but the age requirement in Canada's most populous province is eight years-old, a full two years before the recommended age by Volvo researchers – who say that even slightly older children show a benefit from continued booster seat use.

Volvo's latest research suggests that Canada's three largest provinces are mandating outdated safety measures. And it's not only Volvo recommending such measures.

Transport Canada also urges parents to keep their children in rear-facing child seats of the proper size and weight rating as long as possible, potentially up to 40 pounds. It also recommends keeping older kids in boosters past the 80-pound mark, but doesn't specify any further age or weight guidelines.

The report is available at Volvo dealers, or online at media.volvocars.com/global/en-gb/download/135221.

The deal, announced last week, will bring Mitsubishi a Renault-based full-size sedan to sell in both Canada and the United States, said the official company announcement. This sedan will be built at the Renault-Samsung plant in Busan, South Korea. A compact sedan will also be sold globally, although the manufacturing location hasn't yet been determined, said the joint statement, nor whether the Renault-based Mitsu product will be sold in North America.

The companies also announced a collaboration in pure electric vehicles, and have agreed to jointly produce a global EV based on the platform of a co-developed 'kei' car in Japan. Mitsubishi's all-electric i-MiEV four-seat hatchback is based on its current kei-car, but sales of the tiny EV have not lived up to expectations in North America and Europe.

The two companies first set up a joint operation in 2011 to build small kei cars in Japan, and launched its first vehicles to market this year. Official launch timing details for any of these three confirmed vehicles were not announced.

The two companies are not discussing a capital tie-up at this point, Reuters reported, although it did note that this is the third global co-operation attempted by Mitsubishi in the past 10 years. DaimlerChrysler pulled out of an alliance with Mitsu in 2004, while merger talks with PSA Peugeot faltered in 2010.

Honda may be planning to show a funky fuel cell concept called the FCEV Concept that hints at a more adventurous design for its next-gen fuel cell it plans to launch in 2015, but there are still no plans to sell that production fuel cell in Canada, the company confirmed this week.

Canadian buyers will therefore be more interested in various upgrades coming to the Civic for 2014, some of which were announced and shown at the SEMA show in Las Vegas last week on the two-door version of Canada's best-selling car. But Maki Inoue, Honda Canada's communications manager, said in an e-mail that the full extent of 2014 Civic changes will be announced at the Los Angeles show.

Those changes on the 2014 Civic Coupe include a more aggressive front end with larger foglights, revised front and rear bumpers, and different wheels, to catch up the two-door with the "emergency" styling refresh the Civic sedan received last year.

Inoue also confirmed that Honda would start selling the Honda Performance Development line of parts in Canada, though later than in the United States. He did not specify a launch time frame. 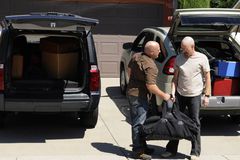 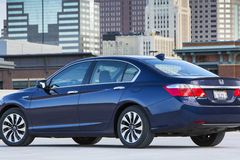 Deals of the week: Do your homework to get the best car deals
November 11, 2013 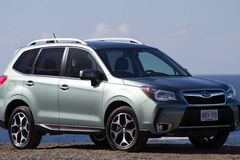