Jeremy Cato and MICHAEL VAUGHAN
Special to The Globe and Mail
Published October 5, 2012 Updated May 11, 2018

Hi: I am thinking of trading in my sports coupe for a Mercedes C63 AMG. I do not commute and only drive evenings/weekends and road trips – less than 10,000 kilometres a year. Obviously, gas mileage is unimportant. What do you think of the supercharged V-8 Cadillac CTS-V and perhaps the turbo-six-cylinder BMW 335? Any others? I would hate to purchase an unreliable car that would require expensive repairs as it ages. I am used to highly reliable Japanese cars. – Gary in Ottawa

Vaughan: Cato, this guy from Ottawa is throwing 70,000 bucks at a toy for evenings and weekends. I know Ottawa is a boring place, but this seems a rather expensive amusement.

Cato: You've spent more time in Ottawa than I, but based on my experience there, I'd say a $70,000 sporting machine is not quite enough to put some zing into an Ottawa life – especially given the winters.

Vaughan: Overkill, Cato. Once again, you're going too far. And worse, you're spending someone else's money. Needlessly so.

The C63's 6.2-litre V-8 engine produces a glorious roar and 451 horsepower. That's more than enough. The thing will do about 250 km/h on the Queensway, if no one's looking. It has a seven-speed automatic transmission that you control from steering wheel-mounted shift paddles. It even blips the throttle on downshifts. This should shake Gary out of his Government City ennui.

Cato: Perhaps you did not appreciate the irony in my exaggerated advice for Ottawa Gary. But then, that's to be expected – you being your usual literal-minded self. Too much Adam Smith, not enough, oh, Tom Wolfe?

In any case, the C63 is a dream car and I love driving it. But I'm even happier to see Gary is thinking of a high-zoot Caddy, the CTS-V ($72,230). I like his style and sense of daring, his willingness to eschew the tried-and-true German options for something special from Detroit.

The truth is, this Caddy assassinates its German competitors with a 556-horsepower supercharged V-8, Brembo brakes, magnetic shock absorbers, and best of all, a six-speed stick-shift. Want a manual with the C63? Nope. You can only get a seven-speed autobox.

Cato: Ridiculous? Absurd? Not in the slightest. You can almost never have too much horsepower. And because of it, Caddy lays claim to a 0-100 km/h time of four seconds.

Vaughan: I'll grant you this, Cato: the latest refinements of Cadillac's Art and Science look have created a coupe with a bunch of sharp creases and angles, and in black paint and dark tinted windows it looks great. Certainly better than Stephen Harper's great, big armoured Caddy – apparently the prime minister's preferred mode of travel.

Cato: Beyond Caddy, I want to send Ottawa Gary in a slightly different direction when it comes to BMW. He mentions the 335i and while that's a perfectly good car – and relatively affordable at $54,100 – I'd like to push him into a BMW M3. At $71,700, the pricing is in C63 territory.

And for that coin, he gets a sweet-spinning 414-hp V-8 paired with a six-speed manual gearbox. It's a great combination. Perfect for evenings and weekends. What we have here is a street-legal racing car. …

Vaughan: And a ride so firm, Gary will lose fillings if he takes it on one of his road trips. Read the letter, Cato. The M3 is simply too hard – too hard-core – for Gary. Evenings and weekends, sure. But only the most crazed enthusiast can live with an M3 for an extended drive.

Cato: So you think he should stick with the 335i?

Vaughan: Well, it is a Bavarian rocket, but a livable one. That turbocharged 3.0-litre six-cylinder engine is smooth, while cranking out a more reasonable 300 hp. Naturally, the Bimmer has a nearly perfect 49/51 weight distribution. This car is balanced and fast. If Gary wants to drive away the tediousness of Ottawa, this will do the trick.

Cato: If this is all about trouncing Ottawa's tedium, you've taken me back to the SLS AMG.

Vaughan: Which is three times the money Gary wants to spend.

Cato: Okay, then the Caddy. It's so new and so different and just so, so much car. Gary will stun his Ottawa neighbours, but he'll also revel in the total design and performance package.

Vaughan: I'd say go for the Cadillac, too.

Gary can drive it up and down in front of 24 Sussex to show a certain resident what a real Caddy looks like.

Car Review
Off-grid cottager needs a truck to tackle hills and snow
May 11, 2018 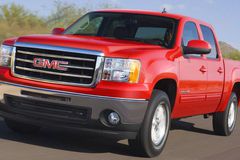 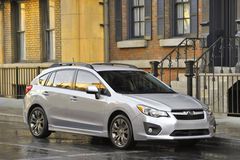 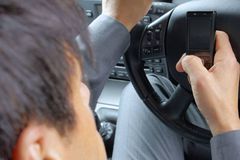 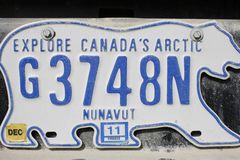 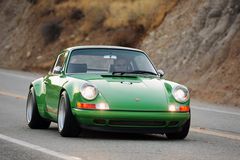 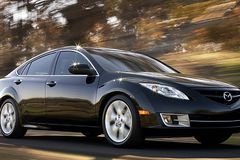 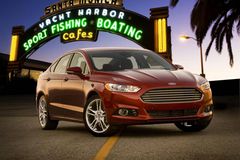