If you're like three million other Canadians, the thought of buying a new car is at best a pleasant traipse into fantasyland. Your reality is the used-car market.

For most of you this is all about matching your budget to your needs. Of course, some people with lots of money – perhaps it's why they have lots of money – simply will not buy a new vehicle on principle. There are good arguments for going used, the first of which is that it's cheaper.

But not necessarily a major step down. Perhaps the best alternative to a new Chevrolet Malibu/Toyota Camry/Honda Accord is "a used Malibu/Camry/Accord," suggests auto analyst Dennis DesRosiers of DesRosiers Automotive Consultants.

Some think a nearly new car is actually a better choice. David Champion, senior director of the Consumer Reports Auto Test Center, is one of them – especially if the car of choice is in the first year after being reinvented, restyled and reengineered.

"We have often found that new or revamped models have more problems in their first year than in subsequent model years," he says. "Ford's problems illustrate why we recommend to our subscribers to hold off buying a first-year model."

Ford is racing to address both and has announced major initiatives designed to improve the customer's experience in learning how to operate MyFord Touch easily and effectively. Ford is also ironing out display glitches and other issues. Meanwhile, shift quality of the automated manual is being improved.

But buyers who wait until a couple of years to buy this year's new-new thing as a used model are less likely to have any of the worries or frustrations associated with new-model teething problems. They'll pay a lot less, too.

According to ALG (the former Automotive Lease Guide), luxury vehicles on average hold on to 40.6 per cent of their value after three years; the mainstream average retained value is 34 per cent after four years. However, there are great differences between brands. Indeed, the bottom five mainstream brands retain just 27.5 per cent of their value after four years.

The point is, buyers opting for a three- or four-year-old vehicle will spend at least 40 per cent less on their purchase if not more.

"Year in and year out, approximately one-fifth of Canadians enter the light-vehicle market looking to buy a first car or replace an existing one," says DesRosiers in a note to clients.

"Over four million light vehicles trade hands annually in this country [4.45 million in 2010] and the shift that has taken place in the composition of that four million is staggering."

Some numbers to boggle the mind: in 2010, 2.9 million Canadians purchased a used vehicle of some sort. That compares to 1.557 million new-vehicle purchases. To look at it another way, new vehicles accounted for 35 per cent of sales in Canada, while 65 per cent were used.

But there's more to learn by drilling deeper into those numbers. A decade ago, new-vehicle sales were about the same as they are now, but Canadians bought only about two million used cars. The trend is obvious: used-car sales have exploded.

DesRosiers blames heavy-handed government regulations for dramatic price increases that have pushed many buyers into the used market. That trend is all about affordability. Quality has also improved. As he notes, if you buy a clean used car today, you are not likely getting saddled with "someone else's problem."

Vehicles today and those built over the last decade are better built and this explains why owners are hanging onto their vehicles longer. What's that mean for the used-car market?

"This latter trend toward longer ownership cycles resulted in the middle-aged used-vehicle market [6-10 years old]growing from just under 800,000 units [in 2002]to over 1.2 million units [in 2010]" notes DesRosiers. "And, of course, since vehicles now stay on the road so long, the size of the used-vehicle market for older vehicles [over 10 years old]has doubled this past decade."

Quality aside, there are less obvious factors at work driving used-vehicle sales. Free trade agreements have made it relatively easy to shop for vehicles across North American borders. In response to that and other pressures, independent used-car dealers have largely cleaned up their act, making them, as DesRosiers notes, "safer to buy from."

Manufacturers and new-car dealers have responded to both the threats and opportunities here by launching certified pre-owned programs. CPO cars come with an extended warranty period on what is a two- or three-year-old car – one with intact service records and a factory-mandated inspection with repairs where needed.

Used-car buyers also have access to mountains of information, including online used-car valuations provided by companies like Canadian Black Book ( Canadianblackbook.com). The pricing data there is "very reliable," says DesRosiers.

Banks and other financial institutions are more willing to lend money to used-car buyers, too. These shoppers are chasing a fairly healthy supply of used vehicles as a result of not just quality improvements that have increased vehicle longevity, but also due to record new-vehicle sales over the past two decades.

A steady supply of used cars is a good thing, too. More people than ever are driving more kilometres than ever before, so demand for vehicles is exploding. The truth is, people who can afford to drive their own vehicle almost always opt for personal transportation over public transit – despite the best wishes and dreams of many politicians, bureaucrats and car haters.

Going forward, DesRosiers expects to see further growth in the number of independent used-car dealers. In response, new-car dealers are getting more aggressive. They are expanding their used car operations directly, or launching arm's-length used lots that don't come with the stigma associated with new-car dealers – specifically, that they are more expensive.

What's all this mean for buyers who shop used? The future is a mixed bag. DesRosiers has the numbers to suggest a serious shortage of clean, well-maintained two- to four-year-old vehicles is coming. That's the bad news.

Good news if your reality is used cars.

In Pictures: The best bets for buying used
Gallery
November 18, 2011 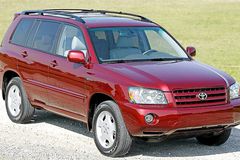 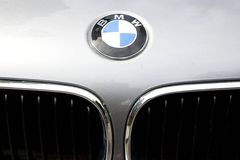 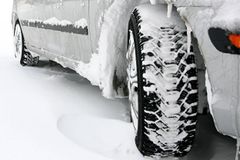 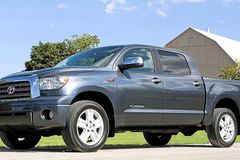