The Porsche Cayman GT4 rolled into my driveway like a race car that had been kitted out with license plates: fat tires, snarling exhaust and a spoiler that looked big enough for an F-35 jet fighter. It is the kind of car enthusiasts fantasize about – the GT4 is the fastest, hardest Cayman you can buy, a no-compromise factory hot rod. If you're looking for a machine to recapture the virile spirit of your long-lost youth, look no further. This is a raw, high-performance machine with enough cornering grip to dislodge your eyes from their sockets. All that's missing is a "Mid-Life Crisis" button on the dash.

Out on the road, the GT4 is just as quick and hard core as its specifications would lead you to expect. It slices through traffic like a guided missile, and the manual shifter works with the crisp, metallic precision of a military assault weapon. The Cayman GT4 is not so much a car as an Uzi with headlights.

As a teenage boy, I would have sold my soul for a Cayman GT4 (not that it existed back in those Pleistocene days, but you get the point). From the age of 13 onward, my bedroom walls were papered with posters of cars like the GT4 – hard-edged machines that spurned comfort and convenience in the name of all-out performance. Those were the days: I worshipped at the altar of speed and pitied the faithless weaklings who tooled around in Barcalounger Buicks and featherbed Fords.

But that was then. As a grown man who has spent untold hours in the cockpits of high-performance machines, I have learned that there is something to be said for moderation. With this in mind, let us consider the gap between myth and reality as it applies to the racing car. When you watch an event like the 24 Hours of Le Mans, you imagine that the drivers are having the time of their lives, arcing through the curves and gliding down the straightaways in their million-dollar machines.

But on the inside, it's a different story. The volume level is like a death-metal concert put on by Satan himself. The steering is heavy, and the unassisted brakes take a mammoth push. The straight-cut gears gnash and whine (until you get used to it, you think something is broken). Yes, this is the soundtrack of serious speed: grinding, banging, hissing and popping as you go faster than you ever have before. Bring some earplugs and a family-size bottle of Advil. You're going to need them.

The Cayman GT4 isn't as bad as that, but compared to a garden-variety Cayman or 911, it's a torture chamber. You were hoping for seatbacks that adjust? Or more than a few millimetres of padding? Or actual door handles instead of webbing straps that cut a few ounces of all-important weight? You are in the wrong car.

As a former Porsche mechanic and (briefly) race driver, I came away from the Cayman GT4 with huge respect for the engineers who built it. The suspension is brilliant, and whoever crafted the steering system should get the Nobel Prize for rack-and-pinion design. But, the seats are hard carbon shells, and most of the soundproofing seems to have been stripped out to save weight. The GT4 is not for the uncommitted – it is an angry little hornet of a machine, darting through traffic with singular purpose. It also has significant pose value. Teenagers give you the thumbs up. Divorcees check you out. You do not ride around town unnoticed. If that's what you want, fine. But unless you're Brad Pitt or a professional fitness instructor, you are not going to live up to the car; like wearing a Speedo, driving the GT4 is best left to the young.

After a week in the GT4, it was a relief to trade it for a Porsche 911 S. Although it's a serious sports car, the 911 felt like a luxury barge after the hard-edged little Cayman. And I haven't fit into my Speedo for a while now. 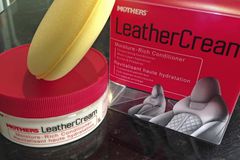