James Hinchcliffe’s profile has never been higher – Dancing With The Stars finalist in November, fastest qualifier for the Indy 500 in May – but whatever triumph comes next, a piece of his heart remains in storage near Bethany, Ont. 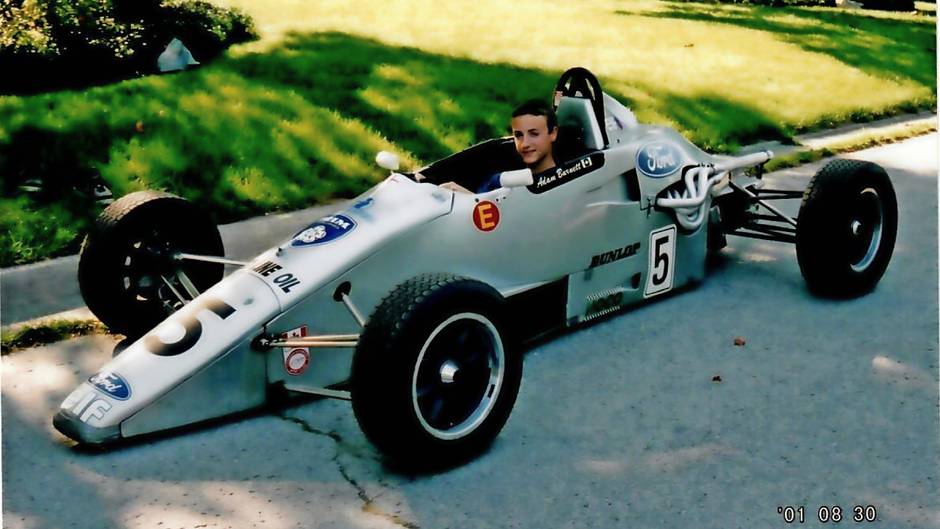 That would be the Formula Ford in which his hero, the late Greg Moore, won rookie-of-the-year in the 1991 Esso Protec F1600 championship, while commuting between high school in Maple Ridge, B.C., and racing in Ontario and Quebec.

Any car buff would understand an old race car treasured for its personal connections as much as its pedigree. The same goes for more widely appreciated cruise-night queens – a 1958 Impala, Datsun 240Z or any vintage Cadillac of extra large proportions.

In fact, it was the steering wheel from the Van Diemen RF91 that served as the 12-year-old Hinchcliffe’s entrée to connecting with Moore, at 24 widely viewed as a future IndyCar champion, at Toronto’s 1999 Molson Indy.

More on the car in a moment; first, the steering wheel Hinchcliffe toted to Exhibition Place. Moore had won the 1999 IndyCar season-opener at Miami. Only a week before the Molson Indy, he’d hung in to finish fourth at Elkhart Lake, Wisc. His focus at the track figured to be steely, maybe unapproachably so.

Hinchcliffe, of Oakville, waited three hours outside the Player’s Forsythe team trailer before a mechanic told Moore there was a kid outside with a steering wheel looking to get it autographed. Then Moore emerged – and was everything a hero-worshipping go-karter could have hoped. 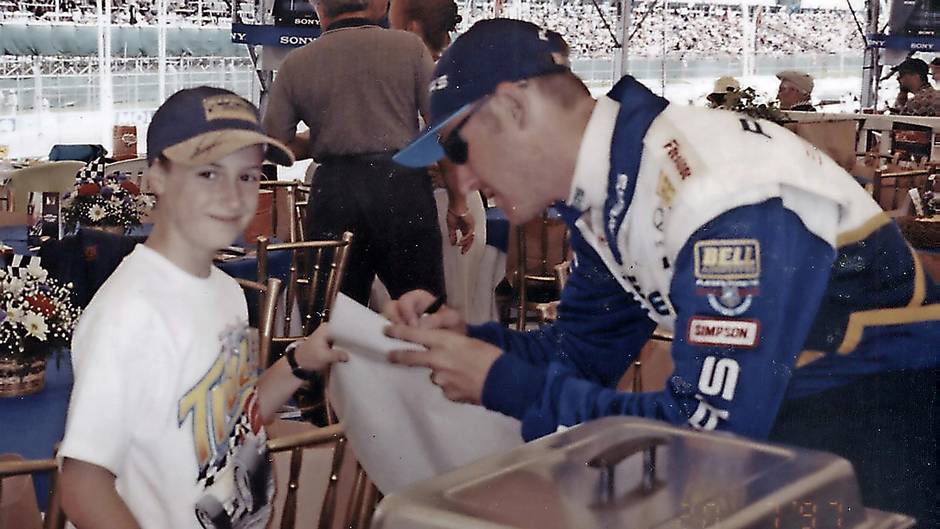 “He was superkind,” Hinchcliffe says in a telephone call from Indianapolis. “Now, knowing from experience how stressful that time at the track can be, especially at a Canadian race, I’m all the more impressed that he couldn’t have been nicer, more courteous. I thought at the time, I’d been right to choose him as my hero.”

Hinchcliffe didn’t know his father, Jeremy Hinchcliffe, had bought the ex-Moore Van Diemen in 1998, planning ahead for James’s eventual graduation from karting to the Esso Protec pro series.

“My dad was renting the car out to someone in vintage racing, so I’d never seen it at the time. But he was able to give me the steering wheel Greg had used because the gentleman who had owned the car had updated to a newer wheel.”

The Esso Protec series folded, so James Hinchcliffe’s first step up the ladder beyond Bridgestone Racing Academy – which had also been Moore’s prep school – was up in the air until he earned an entry in the 2004 Formula BMW USA in a tryout at Valencia, Spain. His career accelerated from that point forward.

Hinchcliffe finally drove his hero’s car in September, 2005, when he returned home for two races at the British Empire Motor Club Indian Summer race meet at Mosport, between wins in the Mazda Star series at Road America and Laguna Seca, Calif. Hinchcliffe and David Clubine, a vintage-racing stalwart such as Hinchcliffe Senior, scrapped for the lead from beginning to end.

“The best ding-dong battle I’ve ever seen,” Jeremy Hinchcliffe says. “It seemed every lap David would be leading by a car-length into Turn 8, only to have James get by him again.”

Clubine, the Esso Protec F1600 winner at Toronto’s 2003 IndyCar event, edged Hinchcliffe both Saturday and Sunday. “Jeremy did suggest we switch cars for the second race, and I said, ‘I don’t think so,’” Clubine says, acknowledging his Van Diemen may have had an edge, being 10 years newer.

“Even if James hadn’t gone on to the success he’s had, I’d always remember that race as special. He was much better than me under braking and in the higher speed corners. The rest of the course, we were fairly even.”

Hinchcliffe remembers knowing they’d filled each other’s helmets with race-long grins. A wonderful time. Whatever, he has never raced the ex-Moore car since. It remains under cover, hoisted up in storage at John Dodd’s British Sports Car Workshop just outside Bethany, where Dodd prepared Jeremy Hinchcliffe’s vintage racers, starting with a TR4.

He treasures the memorabilia of Moore – who was killed in a crash at the 1999 CART season finale – he’s accumulated over the years. Moore’s trademark red gloves that Hinchcliffe carried in his Andretti Motorsports race car after qualifying second-fastest at Indy in 2002. A Moore driver’s suit, his shoes, the trophy from his first CART victory on the Milwaukee mile in 1997.

“I just don’t think I’ll ever race Greg’s Formula Ford again,” Hinchcliffe says. “There’s too much sentimental value in it at this point.”

Nor is permanent ownership in the cards. “This car should go to the Canadian Motorsports Hall of Fame,” he says, although the CMHF hasn’t yet established a permanent home to show this country’s racing treasures. “If not that, then Greg’s museum in British Columbia [a permanent exhibition in the BC Sports Hall of Fame].”