In the collector car world, machines from the land of the rising sun are in ascension. A rising tide lifts all boats and, as classic Jaguars and Ferraris become unaffordable for even the well-heeled, people start looking elsewhere.

Almost overnight, rare, early sports cars such as the Mazda Cosmo and the Toyota 2000GT went from expensive curious to Japanese-made unobtanium. The Toyota, for instance, is now worth more than $1-million. Incredibly rare and with a curving hand-made body, and a cameo in the Bond film, You Only Live Twice, it’s worth every penny. 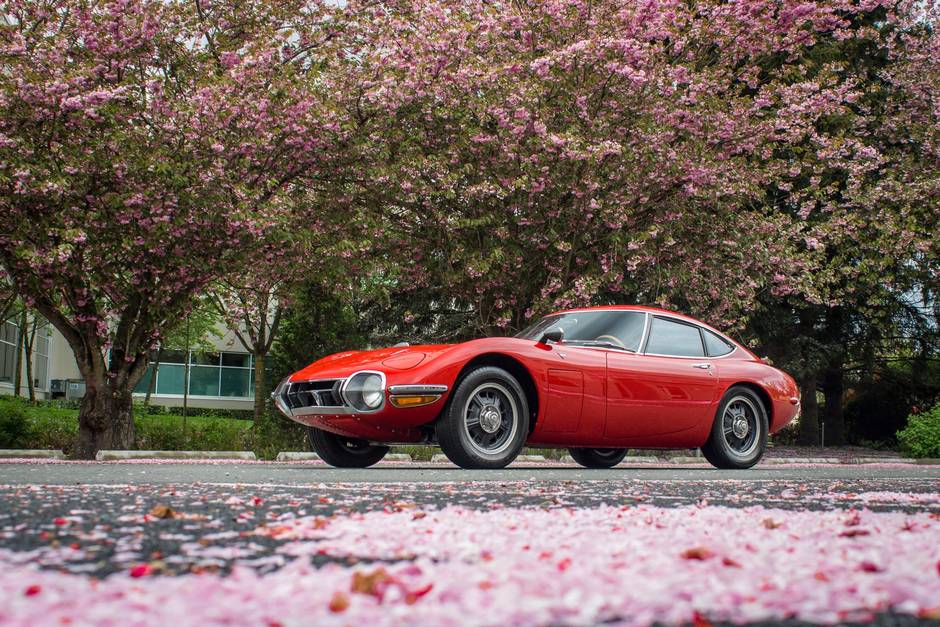 However, it is still possible to purchase a more reasonably-priced Japanese classic. To check the temperature of the rest of the market, I borrowed a different kind of rare Toyota and headed to the inauguaral All Japanese Classic show on the waterfront in North Vancouver, B.C.

The spine of this is the Datsun club. Cars like the 510 and the 240Z have probably the strongest following of any classic Japanese marque, infused as they are with an everyman sporting pedigree. It was the 510 that took Paul Newman from racetrack novice to accomplished racing driver, and the 240Z could dice with the best sports cars at tracks from Westwood to Mosport. 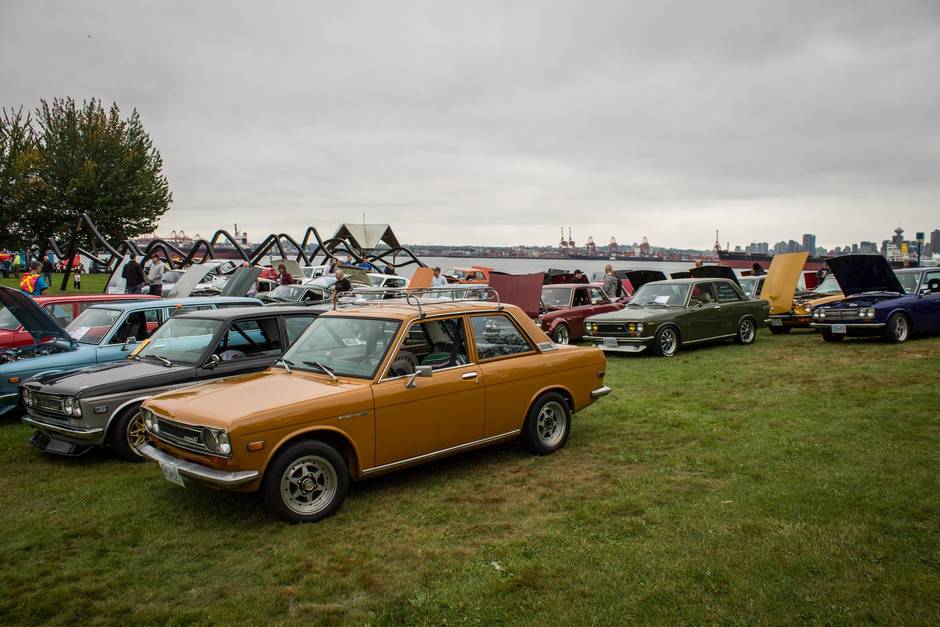 The architects of the AJC are Byron Meston and Richard Norrish, both dedicated Datsun guys. The show was intended to be a combination of previous Japanese classic meets with the always well-attended annual Datsun meet. They expected to get from 60 to 80 cars. “We thought, boy, wouldn’t it be great if we hit 100,” Meston says. They put up an online registration list and things went crazy. 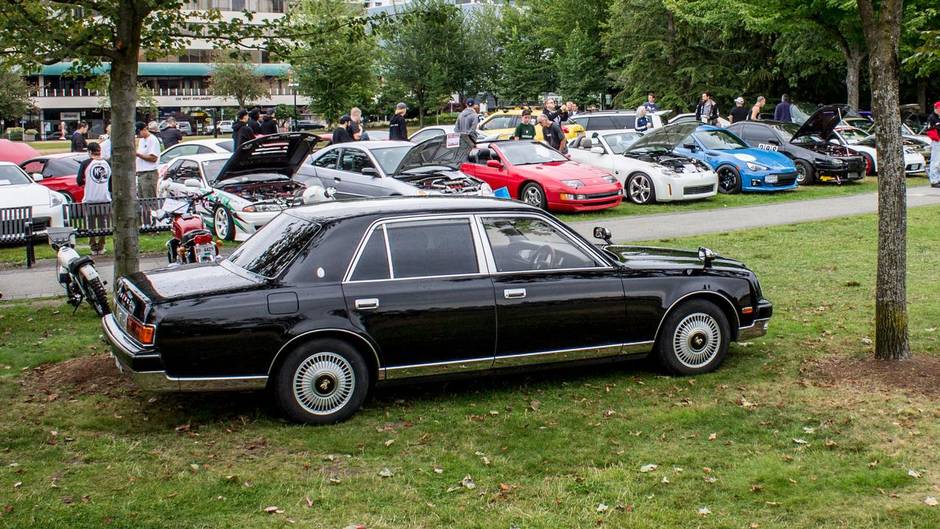 The classes of vehicles on display cover a broad range. My contribution is a 2000 Toyota Century, on loan from my friend Helen Poon, it’s an enormous black left-hand-drive limousine powered by the only V-12 mass-produced by any Japanese manufacturer. A few feet away is a 1962 Datsun Fairlady 1300, a rare little red-and-white car that looks like it should come with a giant clockwork wind-up key.

There are two main factors to explain the number of cars on display here. First, Canada’s grey-market import laws are more lax than those of the United States, meaning we’re able to import fan-favourites such as the R34 Nissan Skyline GT-R. There’s one here, twinned in white with a Stagea wagon, with similar mechanical underpinnings. 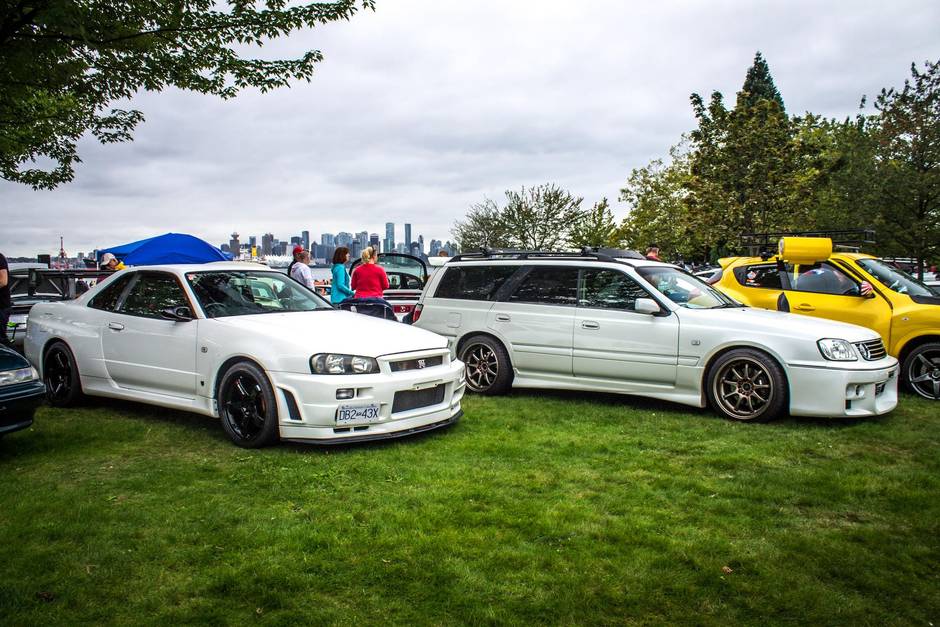 The second part of the equation is the West Coast’s mild weather. Old Japanese cars are notorious for rusting and it gets harder to find a pristine original example the further east you go. There are, however, plenty of exceptions, especially for owners who kept their machines indoors whenever the roads got salted.

Just as is the case at an ultra-exclusive event like the Pebble Beach Concours d’Elegance, every car here has a great story attached to it. Over in a squadron of Zs, there’s a Datsun 260Z that was purchased new just up the street in 1974. The current owner borrowed the car for high-school graduation in the 1980s and then scraped together the cash to purchase it. He’s since swapped in a Yamaha-built V-6, the kind that came in the early Ford Taurus SHO. It’s a gorgeous fabrication, and making something like 340 horsepower at the wheels. 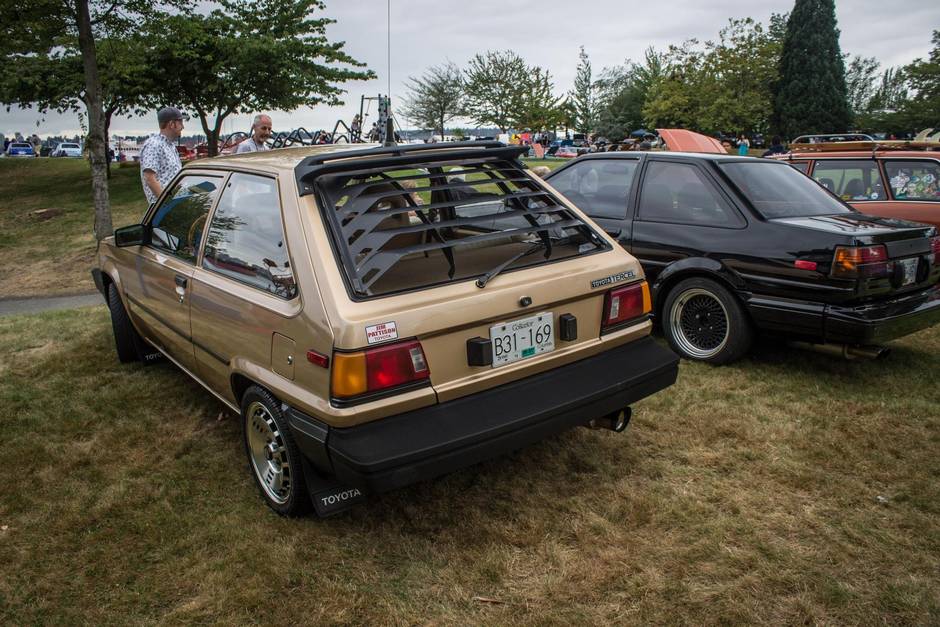 Let’s take a look at something a lot more humble: a brown 1985 Toyota Tercel hatchback. Can a Tercel ever truly be collectible? Probably not. However, this one comes with a set of photographs taped to its front windshield, showing a smiling woman standing by the car at the beach. “Mom and her first car,” reads the caption. The car might not be of immense financial value, but this little Toyota is someone’s family heirloom. 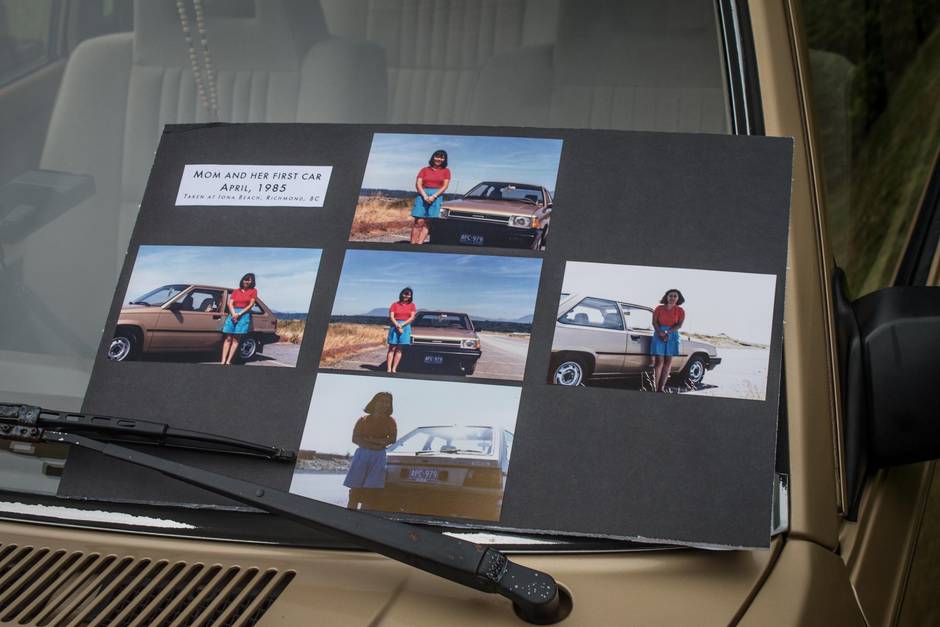 Probably the most likely machines to provoke a wave of nostalgia from the dozens of spectators milling around are the first generation Honda Civics. Honda came to Canada in the 1960s, long before it started selling cars in the United States, but the Civic of the 1970s is probably the first memory most Canadians have of the brand.

They’re lovely little machines, simple and elegant, and honest in their purpose. Justin and Tywa March have brought two that break the original mould a little: Both feature swapped engines and dozens of modifications from stock. Their hard work will net them a couple of trophies by the show’s end. 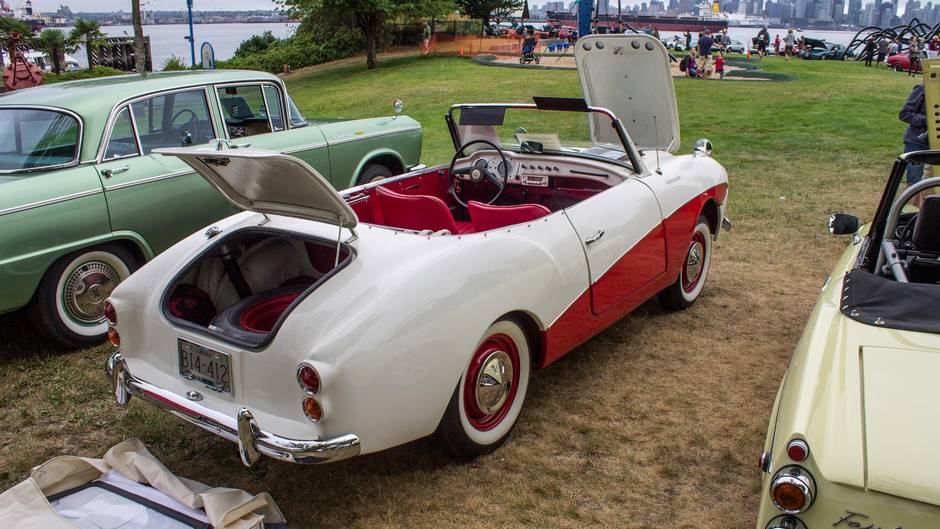 Old race cars, modified trucks, tiny kei cars, shiny modified tuner machines: There’s room for all types of enthusiasm on this all-inclusive tatami mat. Next year’s show promises to be even bigger and organizers have managed to book out a little extra room. There is, as it happens, a single Toyota 2000GT in town – perhaps 2017 will find it parked next to that homely little Tercel.