Few cars in the world can command $1-million, including Randy Hill's head-turning rare beauty with a rock-star pedigree. But that's what he was offered for his 1978 Series 1 Clénet, and Hill turned the would-be buyer down.

The decision by Hill not to sell the car, once own by Rod Stewart, ticked off two women. The first was the one who made the offer, who said, "I'm going to own that car one day." Hill told her, "It's not for sale, at any price." The other was his wife, who called him an "idiot."

When I met Hill, an ardent car collector and appraiser, at an auction south of Calgary recently, the Clénet was one of a couple hundred cars on the auction block. Finally, he was ready to part with the gorgeous neoclassic roadster.

Well, not entirely. "My heart is sure not in selling it … I'm not sitting on the edge of my seat waiting."

In a decisive moment, he had put it up for sale, and now it was too late to pull out of the auction.

Walking around the long elegant hood, Hill certainly didn't seem ready to part with the Gatsby-esque ragtop as he rhapsodized about it. He pointed out the Waterford crystal ashtray, the walnut burl detailing and etched flowers on the vent windows. Then he opened the trunk to reveal a discreetly placed pull-down tray, which held a set of shiny wrenches and leather gloves that came with every numbered Clénet.

Handy addition, although it's hard to imagine that Rod Stewart, or any of the other famous high-rollers who gravitated to Clénets, would have changed a tire on the side of the road.

Think of the Clénet as America's version of Rolls-Royce. Ostentatious and impractical, it appealed to the rich and famous, and sold for $100,000 in the 1970s. Today, Hill says, there may be 100 left in the world. His is one of just 250 manufactured – two of which were used as crash test cars. Its 1930s styling reflected the low-slung look of a stretched MG and the body sat on a Lincoln Mark V chassis. They were hand-built by fewer than 100 employees in a small factory in Santa Barbara, Calif., from 1976 to 1985. Hill's is identified as No. 63 on a badge on the interior of the driver's door.

But it's not just the rarity of the vehicle that gives Hill the thrill of ownership.

"The really cool thing is you see on the paperwork 'previously owned by Rod Stewart and [now] owned by Randy Hill of De Winton, Alberta.' That makes me happy because I'm really a huge fan of Rod Stewart."

Its long, sleek hood and delicate gold pinstripe details evoke visions of glamorous couples idling up to a red carpet to adoring throngs of fans angling to get a glimpse.

"It's so spectacular to look at," says Hill of the Clénet, which has only 37,000 miles on its odometer. "It's been called the most beautiful car ever made."

Women often say to Hill, "I wonder who has sat in that passenger seat. …"

One woman who has was model and actress Farrah Fawcett, who bought one at the height of her poster-girl popularity. Other Clénet owners include Sylvester Stallone, King Hussein of Jordan, Aaron and Candy Spelling, Wayne Newton, and Quincy Jones.

"This car was made exclusively for the rich and famous," says Hill.

"The key to this car is that it's so visual," says Hill. He delights in the attention it gets as he drives his grandsons for an ice cream on a Sunday. "People are hanging out their windows, taking pictures with their iPhones; it's really such a fun experience."

And it's an experience he'll get to savour for a while yet. The highest bid that day was well below the reserve Hill had set for his "priceless" toy. 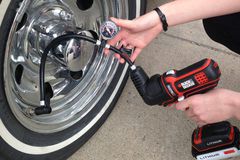 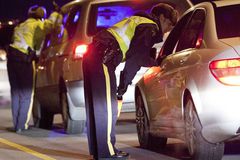 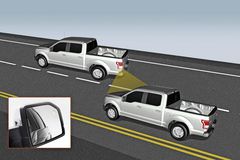 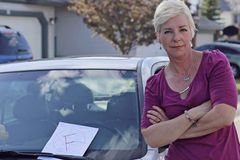 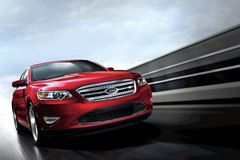 Car Review
Graduating to wheels of your own
June 9, 2014 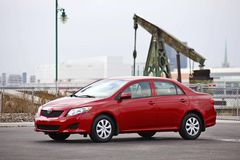 Car Review
How to drop the top - without losing your shirt
June 4, 2014 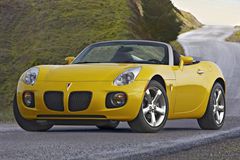