Fortune seekers are still searching the Superstition Mountains near Phoenix for the Lost Dutchman's gold mine, but visitors who turn up in the Valley of the Sun in January for the annual week-long collector auto auction extravaganza are far more likely to take home a treasure.

They have to bring along their own gold to do so, however, and plenty of it. The take from the six auctions held between Jan. 13 and 20, which saw 2,234 lots go under the hammer, was $223-million, according to classic car insurance specialists Hagerty.

The vehicles consigned ranged from multi-million-dollar exotics such as the 1958 Ferrari 250 GT LWB California Spider that topped the week with a winning bid of $8.25-million, and the runner-up 1960 Ferrari 250 GT SWB Berlinetta Competizione with body by Carrozzeria Scaglietti that was knocked down for $8.14-million to a plain-Jane 1960s Chevy Nova and a rolling replica Beatles Yellow Submarine, that went for pocket change by comparison.

"The week in Arizona, depending on the kind of cars you're interested in and your bank account, has something for everyone," says RM car specialist Gord Duff. "There were cars selling for $10,000-$20,000 all the way up to $8-million." Average sale price for the week was $100,000.

This auction action is centred on the upmarket greater-Phoenix-area city of Scottsdale, and was launched 42 years ago by the Barrett-Jackson Auction Co.

Barrett-Jackson's much-publicized success (its high-action auctions are carried live on TV) in selling a wide spectrum of cars has since attracted other auction houses. This year, they included U.S. companies Russo and Steele, and Silver, and high-end players RM Auctions of Canada and Gooding & Company and Bonhams from Britain.

"Scottsdale's evolved in the type of cars, the quality of cars and the price of the cars over the years," says Duff, and is now one of the staple events on the collector car calendar. "And it's become the barometer. If everything goes well in Scottsdale, everyone [collectors, investors and the auction houses] feels good about the year ahead."

At the high end, European sports racers are hot, setting the bar ever higher price-wise, particularly if wearing a Ferrari badge. But there remains plenty of action across the market – restored stock pickup trucks were strong sellers this year – with buyers increasingly concentrating on top-quality vehicles, according to Duff. Original, unrestored "survivors" are also in demand.

RM staged its first auction in Scottsdale 14 years ago and this year saw sales climb from a back-in-the-day $10-million or so to $36.4-million. Gooding's tally totalled $52.5-million, Bonhams $14-million, Russo and Steele $16-million, and Silver $3-million. But the powerhouse was still Barrett-Jackson, which drew 300,000 visitors to the WestWorld equestrian centre, for the largest auction in its history. It saw 1,343 lots sold, and realized just less than $109-million. Its exclusive Salon Collection alone brought $29.1-million.

"The year has started off with a bang and I think it's going to be a great one for everybody involved in the hobby," says Duff, noting that, at least in its upper strata, the collector car market tends to stands on its own. "It's not affected by a lot of the other things going on in the world."

Gooding, noting increased interest in "best-of-category cars," broke the Scottsdale auction week record with its sale of the 1958 Ferrari Spider, and achieved 16 record prices for other models. Its other top sellers included a 1959 Porsche RSK for $3.1-million, a 1957 Maserati 150 GT Spider for $3.1-million, a 1935 Duesenberg Model J for $2.7-million and a 1938 Bugatti Type 57C Atalante for $2-million.

RM Auctions, of Blenheim, Ont., just missed the overall record with its sought-after-by-Ferrari-fanciers 1960 250 GT racer, but isn't complaining about the $8.14-million it went under the gavel for, after "a fierce bidding war between multiple buyers."

Bonham's had two particularly neat cars on its roster, a 1967 Ferrari GTC Speciale ($885,000), a one-off created for one-time Pirelli Tire president Leopoldo Pirelli. And the London Car Show Morgan Plus 4 Plus ($230,000), which was to mark a leap into modernity for this traditional make with its fibreglass over steel body, but failed to catch on, almost bankrupting the company.

Barrett-Jackson's biggest auction was held from Jan. 13-20 and, as usual, was comprised of an astonishing assortment of vehicles, the contrast perhaps best reflected by two, a 1971 Plymouth Hemi Cuda convertible and a 1929 Isotto Fraschini Tipo 8A Castagna Roadster. Each sold for an identical $1.32-million.

Its big number car for the week was also unusual, the original George Barris Batmobile, which went for $4.6-million. Other top money motorcars were actor Clark Gable's 1955 Mercedes-Benz 300SL Gullwing at $2-million, and a 1956 Chrysler Diablo concept car for $1.3-million. 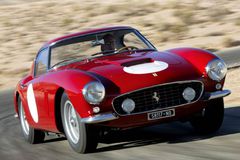 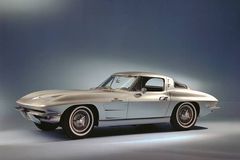 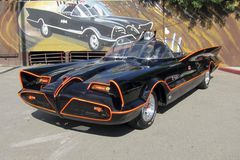 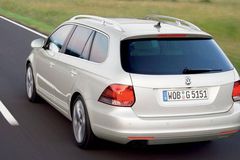 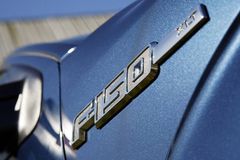 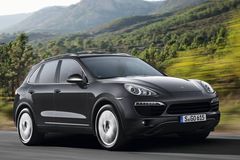 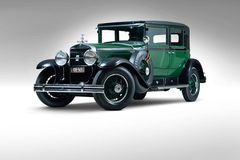