He obviously took to heart one of the star's quips – "poverty isn't a disgrace but it is terribly inconvenient" – soon becoming successful enough to put together a dazzling collection of Ferraris, one of which headlined the season-opening big-buck collector auction in Phoenix.

At the event, staged by Canada's RM Auctions at the classy Arizona Biltmore in Phoenix, a buyer apparently didn't find it "inconvenient" to write a cheque for $1.8-million to pay for an ex-Garrison 1957 410 Superamerica, one of the more fabulous coachbuilt Ferrari road cars of the era.

The model was made even more appealing by boasting unique Scaglietti bodywork and being originally ordered by one of the great Ferrari aficionados of the time: Dottore Enrico Wax, who made his money importing Johnny Walker scotch and Connolly leather into Italy.

In fact, a number of buyers didn't balk at handing over money in near-enough million-dollar bundles to acquire Ferraris and boost the sale's tally to more than $25-million after some 140 "blue-chip motor-cars" went under the gavel.

The star of the show was undoubtedly the Ferrari 410 Superamerica, however, one of only 34 built and the only one with a coupe body by Sergio Scaglietti. This metal-bashing genius operated his "carrozzeria" or body-building shop across the road from the Ferrari factory in Maranello and created many of its racers, including the 1958 250 Testa Rossa. He was honoured by Ferrari's recent 612 Scaglietti and died last fall at the age of 91.

Initially, Ferrari founder Enzo built road cars only to help support his racing efforts, among them the 340 America, which actually started out as a racing model in 1950, and was followed by a couple of dozen 342 America road-usable versions over the next couple of years, powered by a detuned version of the Aurelio Lampredi-designed V-12 long-block Grand Prix engine. These were the predecessors of the "big Ferrari" touring cars that would follow as the marque got more serious about producing powerful and luxurious models aimed at satisfying the well-moneyed set's sporting and look-at-what-I'm-driving aspirations.

The 34 Superamericas were built in three series, with all but four bodied by Pininfarina's establishment. One had its sheet metal formed by Carrozzeria Ghia, two by the Mario Boano's coach-building concern and one by Scaglietti.

Chassis number 0671 was delivered to Ferrari fan and Johnny Walker scotch purveyor Dottore Wax in 1957, who kept it for only a year. By 1961, it had found its way from Switzerland to Texas and then California where it was stolen and stripped of its unique body after the thieves realized it would be un-saleable (the body was dumped). Some time later, its rolling chassis was sold to a farmer in Oregon, after which it became one of those Ferrari-in-the-barn rural legends.

In the mid-1980s, Garrison, who'd had a very successful career highlighted by producing (and owning part of) The Dean Martin Show from 1966-74 at NBC, enters the story. He and Martin had sold part of the rights to the show in 1980 netting a reputed $20-million, so Garrison wasn't short of funds to indulge his interest in highly collectable Ferraris. He tracked the Superamerica down and bought what was left in 1986, shipping it to Italy for restoration.

Garrison recalled that a little later, during a chat with "il commendatore" himself in Maranello, he showed him a photo of the remains and after Enzo took off his dark glasses – almost permanent fixtures – to focus better, he identified it as the car built for Wax.

Garrison says he then went across the road for lunch, which was interrupted by a succession of Ferrari factory types, lead by none other than Scaglietti himself (his firm was now owned by Ferrari). Each said they'd all be just delighted to pitch in and help bring the car back to life. Scaglietti dug out original drawings and photos and found four retired employees who'd worked on the car to assist in recreating its one-off bodywork, which included a brushed stainless steel roof and fins.

The car was completed by 1990 in time to take Best in Class honours at that year's Pebble Beach Concours d'Elegance and remained part of Garrison's collection until his death in 2005.

In Pictures: Classic cars under the gavel at Arizona auction
Gallery
February 1, 2012 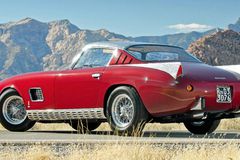 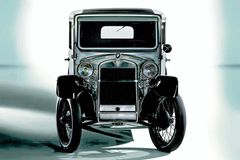 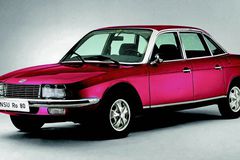 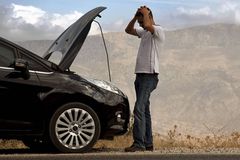 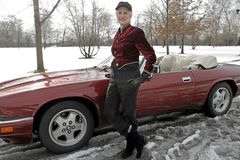 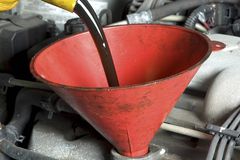 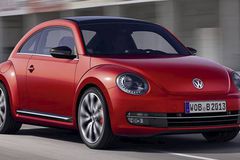