Soaking a judge is just not done at a Concours d'elegance – a breach of decorum inappropriate at an event heavy with formality.

So Etobicoke's Doug Kinsman silently wrote off his 1962 Corvette's chances at a first-place ribbon last month at Cobble Beach as its windshield washers let loose like a kid's pump-action water gun.

"This was the first car judged in our class [1953-62 Corvettes] and after we had evaluated the interior, the exterior, the chassis and engine and so on, chief judge John Carlson, in any concours over which he presides, requires that operations be inspected," said the victim, head class judge Paul Oslansky, in a telephone interview.

"The car owner is asked to demonstrate the headlights, brake lights, wipers and so on – and if the car is so equipped, the squirters …"

When judge John Ballard – there are three judges in a team – requested the washers, Kinsman said he had no idea if they worked. Try, Ballard said, and Kinsman did so with first no result, then a dribble.

"All of a sudden, an initial shot of water went up over the windshield and past the back of the car," Oslansky said.

"Next, the passenger side nozzle shot straight ahead – over the hood – and sprayed me where I was in front of the car. He just kept pressing that button!"

Shirt, jacket, tie, all soaked. So how many points did the equipment malfunction cost Kinsman's Corvette? None, Oslansky said. "What's required is that the system work. It certainly worked. The biggest thing that surprised us was that vacuum-powered washers generally don't have strong squirts. This one was powerful."

After toweling off and judging the other three pre-1963 Corvettes, the first-place ribbon was placed on Doug and Liz Kinsman's windshield, which remained dry throughout the process.

Hear him out on the '58 to understand his state of mind. One $86.50 paycheque covered the monthly payment, he said, the next cheque "gas, insurance and not much else."

"Nobody passed that car," Kinsman said. "It had two four-barrel carburetors – the second one engaged when you were accelerating hard. Mostly, I drove with the link between them disconnected to save gas.

"Once, my brother Stewart and I were driving up the 400 when another car loomed up on us. At about 60 mph, I released the hood, which opened from the rear, and Stewart was able to stand up and, leaning over the windshield, connected the linkage so both four-barrels were functional. And that was the last we saw of that other car."

Of all the violent conclusions that might have been in the cards, the '58 was rear-ended while parked outside his girlfriend's house. Its replacement was a less powerful '62 with four gears rather than three in its manual transmission.

He drove the '62 through winters, drove it over fields at a friend's farm, on top of out-dragging innocents on Highway 400. "I treated that car like it was a SUV – I showed it no respect," he said. No respect, but he came to love it. Until marriage, two kids, and a company car came along – the Corvette was sold in 1968.

Four decades later, and three years after winning the lottery, Kinsman decided to find his '62 to convince its owner to sell. He learned it's registered in New Jersey, but privacy laws have prevented him from learning the owner's name. "I tried everything, I wrote articles in Corvette magazines, I advertised, I even hired a fellow who calls himself a car sleuth. The owner must be a recluse who doesn't read. No response."

Kinsman decided the next best thing was searching out another 1962 just like his original, black exterior, red interior – which happens to be the car that soaked the judge.

He limits his driving to 500 kilometres a year – with only 85,097 miles on the odometer, he shows this '62 every respect. "You could eat off the bottom," he said. True. I have eaten off plates not as clean as its undercarriage.

"The way it feels now is just the way it felt in 1962," Kinsman said. "So much torque you can step on it at any speed – I can chirp the tires in second as well as first – and brakes that require good vision."

It's so easy. The clutch action is neither heavy nor touchy. The 'Vette pulls away effortlessly. The engine is the standard 327-cubic inch V-8 with 250 horsepower and 350 lb-ft of torque. Good enough for zero to 60 mph in 6.5 seconds, he said.

"I'd love to see it again, talk to the guy about his experiences with it. Would I buy it? Likely not. Know what? This '62 is starting to be my car." 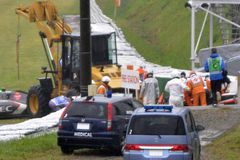 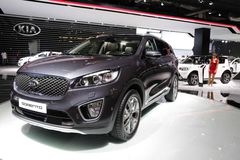 Infiniti shows its inspiration with the Q80
October 4, 2014 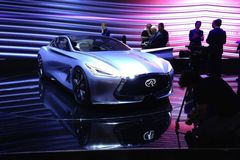 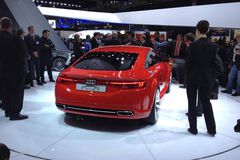 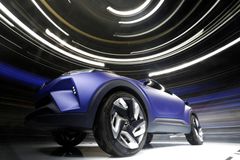