Ron Caicco is old enough to recall the days of 30-cent-a-gallon gas, but on this day he's as excited as a 10-year-old showing off his baseball card collection.

Surrounded by more than a dozen gleaming vintage vehicles in an 18,000-square-foot converted suburban Toronto warehouse he calls his "man-cave," Caicco hops from car to truck to car.

"Look at the art of that dashboard," he gushes, opening the door of pearl white 1956 Olds 88, which looks like it never left the showroom floor. "Isn't it beautiful?"

Before his guest can answer, he's opening the door of a red-and-black '57 Ford Fairlane 500 polished to a mirror finish.

"Feel that upholstery," he says. "They don't make it like that any more. And the colours? Have you ever seen anything so gorgeous?"

But in an instant his voice drops to a reverential tone and he pauses as if suddenly finding himself in a church.

"Now this," he says, "this is something else." You almost expect tears to follow.

It's not hard to understand why "this" – a reconstructed 1956 Ford F100 pickup truck – has lowered the conversation to a whisper. This simple vehicle, a farm truck nicknamed The Hauler, is a true work of art.

It has the look of polished ebony, not an imperfection visible, a 58-year-old truck lovingly resurrected and given new life with every bell and whistle afforded by modern technology.

But like all works of art, this one came with a high price. Caicco won't say exactly how much he spent, but will admit to doling out several hundred thousand dollars.

Money wasn't the only price it exacted. This engineering feat ate up three years of his life while taking him from the depths of disappointment to the heights of automotive ecstasy.

In pictures: The Hauler plus other gems in Caicco's garage

But the look in his eyes precludes any questions as to whether this extreme form of auto eroticism was worth it all. So would the pile of awards the truck has won.

But this was about much more than a truckload of trophies. It was about his love of classic vehicles.

Caicco's appreciation of cars, especially those from what he calls the automobile's golden age, was fostered by his father. Caicco was only 12 when his dad took him to his uncle's farm and gave young Ron a turn at the wheel of the family's '54 Ford Crestline.

"I thought it was incredible, him letting this 12-year-old kid drive a bit," Caicco recalls. "I'll never forget that."

But it was a full year before Caicco realized the true importance of that driving lesson. His father died of a heart ailment brought on by a childhood bout of rheumatic fever.

"When he took me for that ride, he knew he was dying," Caicco recalls. "I didn't realize it at the time but what he was really doing was teaching me how to drive because he wouldn't be there when I was 16.

"Since then, cars have been something special for me."

Once he'd made his fortune in the air-conditioning business, Caicco had the freedom to start collecting cars.

"I have a passion for the classic cars, the workmanship, the detail," he says as he runs his hands over a rare re-creation of a 1932 Ford Deuce roadster as if petting a beloved dog. "The cars today don't have it.

"This was the golden age of car-making."

But the F100 was in a class of its own, the vehicle of his dreams.

"I love the raw power of it, the look of the bubble fenders," he says. "It takes me back to an exciting time in my life."

About six years ago, he decided it was time he had his own,

although what he wanted was a truck that would not only turn heads on the street but also on the judging podium at North America's biggest auto shows.

The search was fuelled by an almost Captain Ahab-like obsession to find the elusive truck of his dreams.

He wanted a specific F100, the one with the rare optional big back window, and he wanted to rebuild it true to the original design while incorporating modern technology, a resto-mod in car lover lingo.

After a year spent scouring junkyards and auto clubs, he found the rusting hulk of his dream machine in a California barn three years ago and delivered it along with cannibalized fenders and other original parts to Boot Hill Automotive Resurrection in Erin, Ont. Within a year, the elation of finding his dream machine turned to disappointment.

Caicco's attention to detail and insistence on eye-popping customizations were proving to be too much. Basically, lead builder Greg Vanleeuwen had to rebuild it from scratch.

There was the issue of the custom tilt hood and grille assembly, which required several prototypes before Vanleeuwen created the one that satisfied Caicco.

No detail was too small and no expense too great.

They narrowed the rear of the cab to more esthetically pleasing proportions. The original pickup box was tossed and replaced by a custom-made one that has the word "Hauler" stamped into the tailgate.

The spark plug wires were rerouted around the custom 588-horsepower engine for cosmetic purposes. The Boot Hill team removed the drip rails and flush fit and recontoured the windows. Four different distributor covers were tried before the right one was found.

Every external part had to be seamless, right down to the flush-mounted gas cap.

But the piece de resistance was the tilt front hood assembly, which allows the front half of the truck to pop open and drop down like an oven door to reveal the engine.

"The flip hood was the biggest challenge," says Vanleeuwen.

"Working with somebody so particular was frustrating, but the challenge of doing something that's never been done before was something else."

Unfortunately, that challenge proved to be too great.

Caicco's goal of entering it in the prestigious 2012 Detroit Autorama show and winning the Ridler Prize, the Stanley Cup of auto building, was in jeopardy.

A month before the show, with parts still lying all over Boot Hill's floors, Caicco pulled the plug. It wasn't perfect and perfection was what he wanted.

"I guess neither side was being realistic," Caicco recalls. "So we waited a year."

In the end, it was worth it. Though the Ridler escaped him, the Hauler cleaned up. It won Best in Class Radical Pickup, Best Pickup and Best Display. A shopping list of awards at other big shows followed.

"You can't measure what this truck has brought me," Caicco says. "When you see the way people at those shows, some of the biggest people in the car world, looked at the Hauler, that's all I needed."

Connecting to your youth by driving a vintage car
January 4, 2015 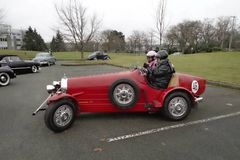 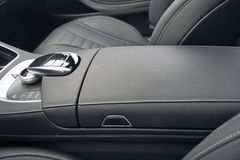 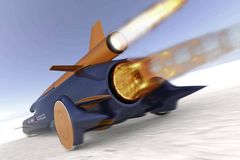 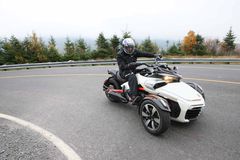 Five driving experiences that will thrill any enthusiast
January 8, 2015
Follow us on Twitter @globeandmail Opens in a new window
Report an error Editorial code of conduct
Due to technical reasons, we have temporarily removed commenting from our articles. We hope to have this fixed soon. Thank you for your patience. If you are looking to give feedback on our new site, please send it along to feedback@globeandmail.com. If you want to write a letter to the editor, please forward to letters@globeandmail.com.
Comments