Overall Rating
7
Looks Rating
7
Looks
Better than it was, but still no beauty queen.
Interior Rating
7.5
Interior
Always one of the Versa’s strong points. One of the roomier models in this category.
Ride Rating
7
Ride
Some might find it a little firm, but in keeping with this market.
Safety Rating
8.5
Safety
A full whack of safety features – including front, side, and roof-mounted airbags.
Green Rating
8
Green
Outstanding fuel economy – right up there with hybrids.

The new 2014 Versa Note hatchback features a "squash line" styling theme, according to Nissan – which has nothing to do with its compact dimensions, but was apparently inspired by the imaginary trajectory of a squash ball in flight and – well, let Nissan tell it: "The line follows the trajectory of a squash ball hitting a wall, bouncing on the court floor and returning to the player. This 'rebound path' projects the dynamic energy of the Versa Note in both look and driving feel." Whatever you say.

Aside from its loopy styling bafflegab, Nissan has the business of manufacturing economy cars figured out. After all, building small cars is how this company got its start and, over the years, it has turned out some decent little gas sippers: the much-loved and still-missed-by-some Datsun 510 and the surprisingly tough Micra, for example.

The Versa is also Nissan's best seller in the econobox market, and debuted in Canada in 2007. Offered in two body configurations – hatchback and sedan – the former is now known as the Versa Note.

The last version of the Versa could not be called a raving beauty by any stretch of the imagination and Nissan has nicely updated the Note to what it describes as a "purchase reason" level. As well as squashing things, it has increased the windshield rake, re-contoured the roof and added new taillights. Unfortunately, the taillights have been taken from the company's Juke model, but nothing is perfect.

It's difficult to achieve stylistic nirvana in this corner of the market, but the Note is a step up, and it all works; this is a more stylistically appealing version than its predecessor, definitely less frumpy and more contemporary in appearance. Nissan also hastens to add that interior roominess – one of the Versa's strongest selling points – has not been compromised. Cargo capacity is 532 litres, which makes it roomier than the Toyota Yaris or Kia Rio, but not as capacious as the Honda Fit or Hyundai Accent. Don't look for an abundance of comfort features; this is an econobox and it's definitely a case of function over form here.

Fuel economy is exemplary. According to Nissan, the Note will deliver 6.1 litres/100 km in town and 4.8 on the highway. This is comparable to the Honda Fit, Chevy Cruze, and Hyundai Elantra, and slightly thriftier than the previous model. Combined fuel economy for the Versa Note is 5.5 litres/100 km, which makes it one of the thriftiest non-hybrid models on the market.

The Note has but one engine: a 1.6-litre four-cylinder mated to either a five-speed manual or Nissan's Xtronic CVT transmission. This is far from a pavement-scorcher – power output is 109 horsepower, and the CVT is available in all trim levels. In the Note, it has added a transmission oil-heating feature to make it more driveable during cold winter starts and has incorporated a planetary gear cluster to make it a little less snatchy and unpredictable. Although it could be a shade more tractable and linear than previous versions, it's still not particularly responsive.

There are three trim levels: The base S model starts at $13,348 but is spartan, lacking air conditioning, cruise control and keyless entry. For those, move up to the SV or SL. My SV, equipped with the "Convenience Package", came with Sirius satellite radio, A/C, back-up camera, cruise control, and brake assist and traction control systems. Although it also featured a welcome driver's seat armrest, it lacked heated seats. When I become king, heated front seats will be standard equipment on all vehicles. 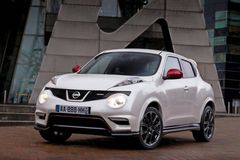 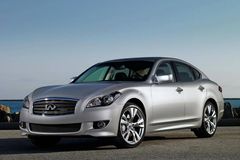 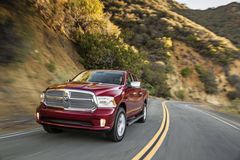 Changes to F1 could spell an end to Sebastian Vettel’s dominance
November 22, 2013 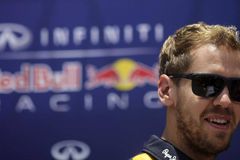 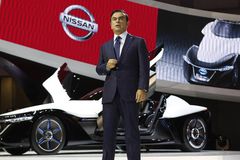