Overall Rating
8.5
Overall
A new, fuel-efficient four-banger and more standard features makes the Jetta even better for 2014. You’ll love this car if: you want a practical ride that will save you cash every time you fill up.
Looks Rating
7
Looks
Clean, conservative exterior design that blends in with the crowd.
Interior Rating
8
Interior
Functional interior with comfortable seats and excellent all-around visibility from the driver’s seat.
Ride Rating
9
Ride
Solid, competent and fuel-efficient 1.8T, which offers enough power for getting around town.
Safety Rating
8
Safety
Well-equipped with four-wheel ABS, front and side thorax airbags and side curtain airbags front and rear and electronic stability control.
Green Rating
6
Green
New more fuel-efficient 1.8 TSI gas engine.

Volkswagen Group is shifting into high gear as it vies for the title of the world's largest auto maker.

Thanks to a range of profitable luxury brands under its belt – including Lamborghini, Audi, Porsche and Bugatti – Volkswagen AG holds the number 3 spot, after Toyota and General Motors.

In Canada, VW sales are up 8.2 per cent year-over-year through July. And those numbers will likely rise with product changes across the lineup for 2014. One of the most significant is a new 1.8-litre, turbocharged, four-cylinder engine that debuts in the 2014 Jetta sedan this month, followed by the Passat and the Beetle early next year.

Mated to either a six-speed automatic or five-speed manual, the new engine is more fuel-efficient as well. On the highway, the 1.8T averages 5.6 litres/100 km (both auto and manual), which is a 14 per cent improvement over the 2.5's automatic. In the city, the 1.8T is rated at 8.1 for the manual and 8.2 for the automatic – a significant improvement compared to the 2.5's 9.9 manual and 9.1 automatic. Plus, you're not sacrificing performance with the new engine.

The route from St. Helena in Napa County, California to Bodega, 110 kilometres away, to visit the schoolhouse, St. Teresa of Avila Church and the cemetery made famous by Alfred Hitchcock's 1963 horror-thriller, The Birds, was a fantastic place to put this new four-banger through its paces. The Jetta's 1.8T engine is smooth and confident. It works well under most driving conditions though, at times, it is a bit sluggish, especially going up hills. Cruising at highway speeds, it's more comfortable. The ride quality is smooth with little torque steer from the turbo. Electro-mechanical power steering replaces the 2.5's hydraulic setup, too.

The Jetta Comfortline with the 1.8T starts at $22,290 with a five-speed manual; while the top-of-the-line Highline 1.8T starts at $25,490 for the manual. My tester is a Highline with a six-speed automatic transmission with tiptronic so you can manually shift through the gears; it starts at $26,890. But it is loaded with more standard features, such as a six-way power driver seat, soft-touch dashboard, 17-inch alloy wheels, front fog lights, keyless access with a push-button start/stop and leather seats. A technology package with navigation and a 400-watt Fender premium audio system with eight speakers and a subwoofer as well as a rear-view camera adds $1,570 to the price.

As for the Beetle, the base 2.5L engine gets replaced by the 170-hp 1.8L turbo four-cylinder for 2014. Besides the new engine, the Beetle range gets a few more additions including a limited-edition, retro-themed GSR, the German acronym for "Yellow Black Racer." Only 3,500 special-edition models will be sold – 1,900 in North America. It gets the latest version of the 2-litre turbocharged four-cylinder engine that pumps out 210 hp. The GSR is sporty and fun to drive, especially mated to the five-speed manual transmission. Since the base Beetle now has a turbocharged engine, the previous Turbo models have been rebadged with the R-Line moniker, which adds new bumpers, badging and optional 19-inch wheels to the exterior for a bolder look.

Driving topless in a bright-red Beetle Convertible R-Line felt right at home in California's wine country. It's sporty, agile and nimble. It is sharply styled with aggressive bumpers and side sills, beefy wheels; R-Line badges on the exterior and sill kick plates clearly identify it as no ordinary Bug. The R-Line range has also expanded to include four other VW vehicles: the Touareg R-Line and the Tiguan R-Line all go on sale this fall joining the existing Beetle Coupe R-Line and the CC R-Line.

The 2014 Jetta with its new, smaller more fuel-efficient engine is a big improvement over its predecessor. It's part of VW's game plan to keep its parent company, VW AG, on the road to riches. 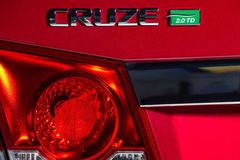 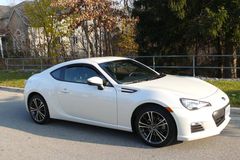 Car Review
Racy Ford Focus is fuel efficient, not that its buyers will care
May 24, 2013 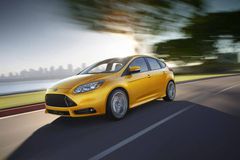 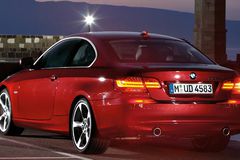 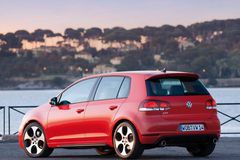 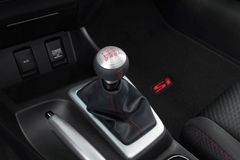