Overall Rating
8.5
Overall
Gorgeous, fast and intoxicating, enough to gloss over its signs of rapid aging and a worrisome number of electrical gremlins. You’ll like this car if: you’re smitten with its design, sophistication, performance and secret agent persona.
Looks Rating
9
Looks
Familiar shape, still curvaceously gorgeous.
Interior Rating
8
Interior
Evidence of aging not quite so charming, with tiny navigation screen, dated steering wheel and controls.
Ride Rating
8.5
Ride
Electronic damping system provides a good measure of civility in town and when cruising, and hooliganism the rest of the time.
Safety Rating
6.5
Safety
A variety of electronic stability systems, huge carbon ceramic Brembo brakes and a plethora of airbags are there to balance out that V-12 temptation.
Green Rating
3
Green
No mention of fuel economy numbers is not a good sign, as its predecessor is one of the thirstiest of a thirsty group.

Can one be seduced by a contraption of aluminum, glass, rubber and carbon fibre? Apparently yes, judging from my reaction to the 2014 Aston Martin Vanquish, the gorgeously shaped embodiment of the iconic British car company that is now Kuwaiti owned.

Experiencing the Vanquish prompts a fierce tug of war between your head and your heart. It's not the most modern, best performing or most comfortable exotic sports car out there, and certainly not the least expensive, but is somehow still among the most alluring.

It's almost as if you marvelled at how great a 40-something Cindy Crawford looked from across the room, and then you saw her up close. Sure, there may be imperfections here and there, especially compared to the latest crop of supermodels. But it's still Cindy Crawford.

So let's start with the alluring parts of the Vanquish, and there are plenty of them. The most obvious is the design, which is a familiar extension of Ian Callum's DB7 so many years ago, nipped and tucked into DB9, the original Vanquish, and then the DBS, the current range-topping sports car in Aston Martin's lineup, which this latest Vanquish will replace early next year.

That familiar bodywork hides some unfamiliar body materials, namely a full carbon-fibre skin all around the car, though that only saves six kilograms over more common materials. This may strike some as proof that the carbon-fibre panels are more marketing gimmick than actual performance enhancer, but there's certainly an extra measure of visual "wow" in taking in that available exposed large CF roof, door caps and lower body panels.

The 5.9-litre hulk of a V-12 engine is also vaguely familiar, not only in looks, but also in misstated displacement. Aston Martin has long called this a 6.0-litre engine, and continues to do so, despite its current displacement of 5,935 cc. It has been thoroughly massaged and updated to bring it to a blistering 565 hp that can rocket its driver from rest to 100 km/h in 4.1 seconds.

Nothing wrong with these figures at all, except that performance luxury coupes like the BMW M6, Jaguar XKR-S and Mercedes-Benz all offer more modern engines than Aston Martin, with turbo V-8s that each put out between 550-560 hp. And all for about half of the Vanquish's 300-large starting price. Even exotic and more powerful V-12 rivals like the Bentley Continental GT Speed and Mercedes-Benz CL65 AMG cost significantly less money – near enough to 50-grand less.

Rarely did these rational thoughts come to mind on the sun-soaked, early fall day and a half I spent behind the wheel of Aston's new flagship near Newport Pagnell, the city an hour north of London where Aston Martins were produced up to 2007. They now come from a much more modern facility in Gaydon, a tiny village of 376 people in the West Midlands, according to Wikipedia, but which houses the corporate headquarters of Aston Martin and Land Rover, Aston's former corporate sibling under Ford, as well as the largest collection of historic British automobiles at the nearby Heritage Motor Centre.

No, on this day, the acceleration felt largely profound, the steering feel on the many tight and often bumpy backroads that Aston development engineers also use for chassis sorting seemed direct and planted, while the slow sections through towns provided evidence that the Vanquish provided a much more comforting ride than its DBS predecessor.

The regular six-speed automatic helped here, and though it comes standard with paddle-shifters, when in sporting attack mode, it wasn't nearly as quick to respond as the most modern dual-clutch units.

It was going through my notes afterward that this theme started to appear over and over. The new Vanquish uses a reworked version of the VH architecture that underpins all Aston's models, but is the first one to offer launch control. Unfortunately, in at least five attempts with differing techniques, it never provided the slingshot acceleration of other such systems.

Climbing inside the Vanquish is where the Aston's lovely materials shine, but also where more issues and engineering grey hairs appeared. Of two pre-production units we drove, both left-hand- and proper British right-hand-drive cars, both had more than the usual number of electronic gremlins pop up, including an incessant seat belt chime that didn't care that both passengers were buckled in properly.

These issues will hopefully be sorted out by the time production models start arriving in North America in February, though some other niggles remain: there's no actual red line appearing on the reverse-swinging tach, so it's easy to hit the rev limiter; the optional +2 tiny rear seats are literally useless for adults, as I couldn't even fold myself past the folded front seat to reach it; and the cool flat-sided, button-less One-77-inspired steering wheel has no horn in the centre hub (it has been relegated to small indents on the wheel's rim sure to be tough to find in a rush).

Yet this old-world appeal is unmistakably part of the Aston Martin Vanquish charm. There may be evidence of eccentric or aging equipment, but the Vanquish is still one hot super model. 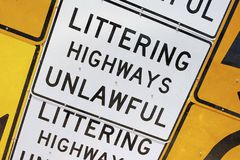 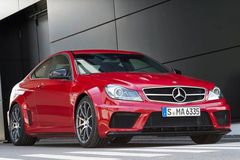 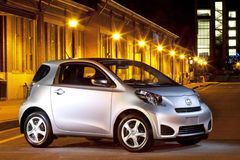 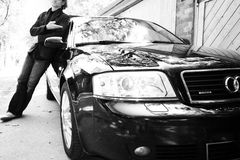 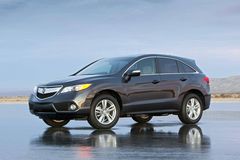