As he prepares to make his official Formula One debut in Abu Dhabi this weekend, Canadian Robert Wickens already knows there's one area he'll never stack up against one of the sport's greats: facial hair.

A week into growing a Movember moustache to help raise money for prostate cancer research, it's becoming painfully clear that the 22-year-old may have set the whisker bar too high.

"I'm going for the Nigel Mansell," Wickens said with a huge laugh.

"It's not going very well. I am trying to let the whole world know because when people see photos of me I don't want them to think I'm some kid going through puberty. That's what I look like."

(Wickens' Movember pledge page may be found at mobro.co/wickyb)

Mansell's thick moustache and almost matching eyebrows were legendary in F1. The British driver went clean shaven in his retirement, but his bushy lip remained a fan favourite. An ad hoc Twitter campaign even popped up last month to get the 1992 world champion to re-grow it for Movember.

The whisker-blessed Mansell scored 31 wins, 32 poles and 59 podium finishes in 187 grand prix starts between 1980 and 1995. Known for his fiery competitiveness and fearlessness on track, Mansell quickly earned the nickname "Il Leone" (the lion) from Ferrari fans when he started driving the scarlet cars in the late 1980s. He also won the 1993 CART championship.

Although his moustache matching efforts may fall short, Wickens continues to move closer to following in Mansell's footsteps as a successful F1 racer.

The Guelph, Ont., driver gets his first taste of official F1 action Friday morning when he participates in his maiden grand prix session. He will drive Jerome d'Ambrosio's car in the first Friday practice session for the Marussia Virgin squad as it prepares Sunday's race in Abu Dhabi.

F1 or not, Wickens isn't about to try anything new to get ready for his practice run.

"In terms of my preparation for getting into the car and getting focussed, I am not going to change that – it's been working for me since karting," he said.

"It's obviously going to be a new experience and there will be quite a lot more press and other stuff to deal with but I feel I am ready for it and the team with help me along as well. I will do anything the team asks me to do, whether it's tire runs or qualifying simulations."

Although Wickens was named a Marussia Virgin reserve driver in June, he hasn't been given an opportunity to put the F1 car through its paces until now. Part of the reason the seat was offered in Abu Dhabi was to reward his winning the 2011 World Series by Renault 3.5 championship.

When he starts his Friday run, Wickens will become the first Canadian driver to participate in an official F1 session since 1997 world champion Jacques Villeneuve raced for Sauber-BMW in the 2006 German Grand Prix.

"Any time you can drive on track with the regular drivers, it's pretty big," he said.

"It's a big step for me to be running in an official session, but at the same time my dream is not to run in Free Practice 1 on an F1 weekend. I still have to keep pushing and I can't relax because although people might think I am there, in realistic terms I am still far away from my goal, which is a race seat in 2012."

So far, Wickens only chance to drive the Marussia Virgin car has been in a straight line test at the Italian Vairano Circuit in September. Driving back and forth in a straight line to help the team evaluate aerodynamic parts was no challenge for Wickens and gave him little feel for the car or its handling.

He also got behind the wheel of the Lotus Renault in Hungary for about 10 laps of the Hungaroring Circuit, a demonstration run awarded to the mid-season points leader in the World Series by Renault 3.5 championship. In the Hungarian test, he was limited to in engine revs and the tires were not F1 specification, so it didn't provide Wickens an opportunity to push the car or show his stuff.

While not yet confirmed, Wickens' name has been mentioned several times as one of the drivers who could be in the Marussia Virgin car during the young drivers test at Abu Dhabi's Yas Marina Circuit in mid-November. He will drive the 2011 Lotus Renault for one day at the young drivers' test in Abu Dhabi, a privilege the car maker bestows on the World Series champion. The Renault team confirmed Monday that he would drive the car on Nov. 15, the first day of the test.

"I think the Renault is a good car and I am targeting a top-two to be honest. I feel like I am a decent enough driver and that's a realistic goal," he said.

"The Friday free practice run will be a massive benefit to me going into the young drivers' test on the same track. I just have to make the most of the opportunity."

Call it the Wheldon Effect.

Despite pushing a "boys have at it" frontier justice philosophy, NASCAR laid down the law on Kyle Busch for wrecking a rival in a Camping World Truck Series race at the Texas Motor Speedway last Friday. NASCAR suspended Busch from both Nationwide and Cup action following the accident where he intentionally put Ron Hornaday Jr. into the wall during a caution period after the pair clashed on track.

The penalty came three weeks after 2005 IndyCar champion and two-time Indianapolis 500 winner Dan Wheldon died in a fiery 15-car crash at the Las Vegas Motor Speedway. He was 33.

While NASCAR president Mike Helton didn't point to the death of Wheldon as a reason for the stock car series bringing down the hammer, it seems more than a coincidence that it finally moved to curb dangerous on track actions in the shadow of the IndyCar tragedy.

Sending Busch home even though he is one of the drivers in the Chase for the Cup marks a departure for the series, which has essentially turned a blind eye to dangerous behaviour since it instituted a settle things among yourselves policy for its drivers two years ago.

While Busch's act was unforgivable, it was less vicious than the Carl Edwards-Brad Keselowski incident in Atlanta last season where the latter ended up flipping backwards into the catch fence and spraying debris into the stands. Edwards was ordered off the track in Atlanta for his transgression but no other action taken. Four months later, the pair caused a scary, last lap 10-car pile-up in a Nationwide race in St. Louis and were punished with probation and fines but no suspensions.

Perhaps NASCAR's sudden about face is evidence that Wheldon's death will have a more wide-ranging influence on racing than expected. If that's the case, it would be a fitting tribute to a fallen driver.

Car Review
2007 Touareg: Trouble getting over the reliability hump
November 2, 2011 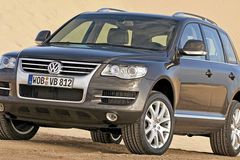 Car Review
NASCAR championship not quite a two-way race yet
November 3, 2011 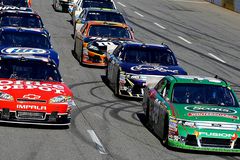 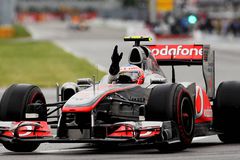