Overall Rating
5
Overall
An annoying vehicle to drive, overpriced, and kind of pointless. You'll like this vehicle if: you're a car snob and love fiddling with knobs and buttons.
Looks Rating
6
Looks
Front end is particularly unattractive, overall body style is insipid and uninspiring
Interior Rating
4
Interior
Nicely textured and finished, but, oh, those controls.
Ride Rating
7
Ride
Kind of floaty on the highway, but manageable around town.
Safety Rating
7
Safety
Full complement of front side and side curtain airbags, plus lane departure warning, but no adaptive cruise control.
Green Rating
6
Green
Thirsty, but not the worst in this class.

Can an automobile be arrogant? Yes, it can. Especially if it's from a European manufacturer.

Companies like BMW, Mercedes, and Audi seem to be intent on making their products as difficult to get along with as possible these days and it's getting to the point where some models are driving you as opposed to the other way around.

To quote Consumer Reports on its latest assessment of the 2011 models: "Oh, for the days of easy knobs and buttons." The magazine also released its 2011 "Top Ten" list, and there isn't one European brand on it. With cars coming out of The Continent these days, reliability is down and gimmickry is up.

Although BMW seems to be leading the way when it comes to user-unfriendliness, definitely near the top of the heap is Audi, and in this case, the Q7. I'm hard-pressed to come up with another vehicle that has rubbed me the wrong way as much and got on my nerves so repeatedly. At the end of a week with this thing, I couldn't wait to give it back. And I'm normally a big fan of Audi products.

But first, a few specs. The Q7 comes in several trim and powertrain variations, basically boiling down to a turbo-diesel or a supercharged V-6. My tester was the top-of-the-range 3.0 TFSI Sport, which is not to be confused with the TDI turbo-diesel. The TFSI runs on gas (premium grade), and develops either 272 horsepower or, in the case of the Sport, 333 hp.

Both engines are mated to an eight-speed automatic transmission with Tiptronic, and Audi's Quattro all-wheel-drive is standard equipment. Audi gives the Q7 a top speed rating of 209 km/h and fuel economy for the Sport is 11.7 litres/100 km in combined city/highway driving. This is not the most frugal of transports.

Being an Audi, the Q7 comes well-finished and nicely laid out, with leather upholstery and interior wood trim standard on the Sport model, and an overall fit and finish that is definitely upscale. This is also where the problems start.

From the time I first got into my test car, it was a contest of wills between me and the vehicle. Want to change radio stations? Fine. Bring up the correct band on the monitor, scroll up/down, find your station and then hit the button. Three steps to accomplish something that should be one of the most straightforward tasks in the car.

How about re-directing air flow? In this case, hit the control button, bring up the rotary schematic, and then turn the dial. Three steps. Want to raise or lower seat warmth? OK, hit the seat warmer button and then use the dial to choose your setting. Two steps. Same with the fan control.

How about changing radio volume? Only one step here, but the volume knob is located all by itself on the centre console, beside the shift lever. Huh? Why isn't it up on the centre of the dash? I realize Audi has actually dumbed down the ergonomics and switchgear on its products, but it's still far too complicated and I seemed to spend half my time fiddling with buttons and knobs with the Q7. Problem, in a nutshell: many of the tasks you have to perform involve separate control mechanisms.

I know the counter-argument here: once you've lived with the car for a while, you'll get used to it and everything will become second nature. My rebuttal: Most people who buy this car will be set-in-their-ways boomers, used to more uncomplicated and easily understandable controls. The Q7 - and some other Audis, for all that - is so off-putting and cryptic, it's counter-intuitive. And no matter how you slice it, performing these various menial tasks involves taking your mind off the road ahead, even if it's only for a second or two.

And that's not all. Other irritations include a lane-warning light on the outside mirror that is so touchy and bright, I found myself flinching to avoid it. And entry and exit - getting into the thing - has to be among the most difficult I've ever encountered - right up there with the VW Touareg and Porsche Cayenne (funny, that).

Last but hardly least, you'll say goodbye to 80 grand here - before taxes - by the time the dust settles. Look, for half the price, something like, oh, the Honda Pilot or Toyota Highlander will give you just about everything the Q7 has, and you'll actually be able to understand and access all the controls without driving yourself crazy. That inexplicable snob factor will be missing, true, but, so what?

Years ago, when AMC was still alive, it ran a TV commercial for, I think, a Rambler of some kind. Essentially, the hook was you could spend more and get a Cadillac, but for less money, you got a car that was just as good with just as much going for it. "Buying a Cadillac shows you have money," reasoned the announcer. "Buying a Rambler shows you know how to spend it."

As things turned out, it didn't change the fate of the company, but the logic still stands.

Car Review
The day a careless driver hit my motorcycle
May 1, 2018 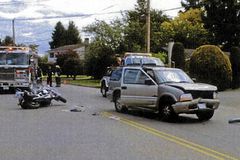 Land Rover wants you to think British for your next luxury ride
April 30, 2018 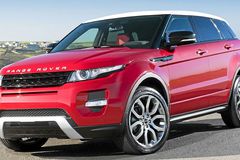 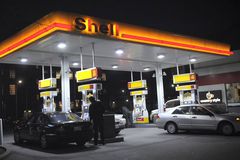 Car Review
Mini keeps getting bigger and bigger
May 3, 2018 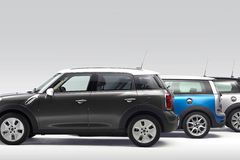 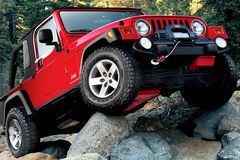