Overall Rating
8
Overall
BMW prioritizes efficiency and sportiness over refinement with this 328i, its clunky Start/Stop system and loud four leaving the 335i as the clear enthusiast choice.You'll like this car if you're interested in the looks, technology and safety, but don't want to pay for performance at the pump.
Looks Rating
8
Looks
The look is not as radically different as what's under the hood, but there's a sporty sharpness here.
Interior Rating
8.5
Interior
Impressively modern over all, with a new Blackberry Playbook-sized high-resolution screen, with available unique red trim accents throughout, including on the key fob.
Ride Rating
8
Ride
Can vary based on mood, from default Comfort up to Sport, ultimate Sport+, and now Eco Pro, for maximum efficiency (and dulled accelerator response).
Safety Rating
8.5
Safety
Feels solidly constructed, with umpteen active safety aids, including blind-spot monitoring, lane-departure warning, cross-view monitor and advanced collision warning systems.
Green Rating
8.5
Green
The four-cylinder engine with eight-speed automatic gives top-class fuel economy is top class.

The "ultimate sipping machine" just doesn't have the same ring to it. Yet that's the more fuel-efficient direction BMW is taking with the next-generation 3 Series, a vehicle that has literally defined what it is to be a sport sedan, while becoming almost the default entry-level luxury car for ambitious executives and law school graduates.

Making up about a third of all BMW sales, both in Canada and around the world, "there would be no BMW without the 3-Series," one BMW exec admitted at the international launch of the new 3-Series, scheduled to hit the North American and European markets in February.

Its wide-ranging success means that the 3-Series will need to appeal to a wide swath of upscale buyers to be successful. And after experiencing the new 328i sedan in the shadow of Mont Serrat's spiky peaks – with sharply cambered roads to match – as well as the area's Catalunya race circuit, the driving experience suggests that saving fuel has trumped comfort and now challenges performance in the list of 3-Series priorities, at least for this volume model 3, but with due diligence still to both key areas.

The evidence starts under the 328i's wider and more sculpted hood, where a turbocharged four-cylinder engine now resides instead of the silky smooth naturally aspirated inline-six. BMW has offered fours before in the 3-Series, and does well with them in Europe, but it has been 14 years since the 3-Series was offered with a four in North America.

This one does a credible job impersonating a sporty six: 240 horsepower and 260 lb-ft of torque (this peak available at an incredibly low 1,250 rpm) are notably healthier power figures than the outgoing 328i's ouput numbers (230 hp/200 lb-ft). All 3-Series models will receive Stop/Start technology, which turns off the engine when idling to save fuel, after the engine has warmed up.

These numbers result in a 0-96 km/h acceleration time of 5.7 seconds, a very respectably fleet figure for what will start as the base model 3-Series in February, before a meeker 320i arrives with a detuned four in the spring.

But what really makes these numbers wow the informed onlooker is that the 328i will post Canadian fuel economy figures of 9.0 litres/100 km city and 5.6 highway for the manual six-speed, or an even stingier 8.0 city/5.3 highway for the eight-speed automatic, which will put it out well in front of the entry-luxe, non-hybrid class in fuel sipping stinginess. Plus there's still some fun to be had with the thriftier automatic, offered with reasonably quick paddle shifters that help bring a little engagement into automatic driving.

This is wallet-pleasingly less thirsty than the previous 328i's fuel economy numbers, and even lower than the current BMW 335d diesel. And perhaps most importantly, below that of any current Mercedes-Benz C-Class, its most natural competitor. By the fall, the 335-hp ActiveHybrid 3 will also become available, becoming the first gas-electric hybrid engine to be fitted to a 3-Series.

Behind the wheel on the track, the 328i acquits itself very confidently. The steering is impressively linear yet light, without the artificial heaviness of the X1 small crossover, which shares this engine.

Handling is this car's strong suit, with the Sport and the Sport+ settings of the adjustable suspension providing the extra wheel slip so helpful when powering out of a corner apex. The four is not as smooth as the prior six at high revs, but it tends to run out of steam north of 5,000 rpm regardless, so there's not much incentive to play up there for long.

Even with a fine mix of performance and fuel economy, the price to be paid for having both is with refinement. The issue is that both the Stop/Start system, the direct injection as well as some of the other fuel-saving tricks on this smaller engine has peeled away some of the silky sophistication of the previous six.

The engine is not obnoxiously loud, but there's a perceptible diesel-like clatter at idle and especially start-up – like a modern luxury diesel, but a diesel nonetheless. More noticeably, the Stop/Start system is still far from achieving hybrid-like idle-stop refinement, with clunky stops and loud restarts as soon as you lift your foot off the brake.

BMW basically acknowledges this burpiness with a Start/Stop off switch handily placed right above the ignition button, a switch we used often in more congested areas where it would save the most fuel, but was more of a nuisance. Had we been paying for that premium fuel, we'd likely have been more patient with the button, but the system is still a step backward on the comfort front.

Another mode not previously seen on other Bimmers is a new Eco Pro setting, which dials back throttle response and climate control settings to prioritize fuel economy. It results in softer and non-linear acceleration, which can thankfully be punched through if you really stomp on the gas pedal, as well as driving tips that will likely make the greatest fuel-saving boost if followed, says BMW. A set of blue numbers with a "+" sign estimates how much additional range all these changes are affording the driver.

Add up this Eco Pro mode, the clunky Stop/Start mode, the 328i's switch to a four-cylinder engine as well as the segment's first eight-speed automatic, and there's no question of the high priority BMW put on fuel efficiency with this new-generation 3.

A sizable proportion of European luxury car buyers have long shown a willingness to put up with slightly less refinement in exchange for cost savings at the pump to go with decent – usually diesel – performance. And now it's time to see if North Americans are willing to make the same compromise for fine performance in the new BMW 3-Series.

Base price: Not available 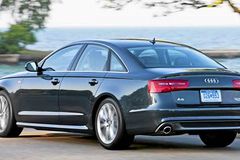 Car Review
If you like VW's little SUV, choose the base model
December 6, 2011 My dream garage: heated floors, perfectly-organized tools and a service hoist. Where did it go wrong?
December 7, 2011 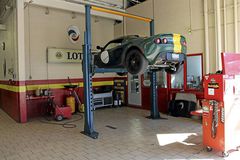 Oh, the parking outside is frightful
December 7, 2011 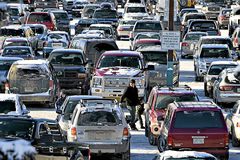 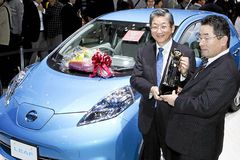 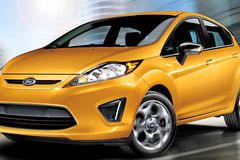