How much do Canadians like the Honda Civic? Well, it's been the top-selling car in this country for 13 years. These days, it comes in at least three different configurations and is the mainstay of Honda's vehicle lineup in Canada. Up here in the great white north, tight-fisted Canucks love the Civic.

Maybe that's why it's also spawned another popular model: the Acura CSX, formerly known as the EL. Although it has more stuff and a titch more power, the CSX is essentially a Civic all dressed up. It's built and sold only in Canada, and is offered as a four-door sedan only. Anything you can say about the Civic pretty much applies to the CSX.

Available in two versions - base and iTech - the CSX is powered by the same 2.0-litre, twin-cam, four-cylinder as the Civic. It features Honda's proven i-VTEC variable technology and delivers about 15 more horsepower than the garden-variety Civic - 155 hp at 6000 rpm.

I've said it many times, but it bears repeating: nobody builds small-displacement engines better than Honda. That's essentially what made the company what it is today, and Honda seems to take special pains when it comes to extracting maximum power and refinement out of a small engine.

The CSX also uses much of the same engine technology found in the now-discontinued RSX sport hatchback, and it can be had with either a five-speed automatic or manual transmission. The automatic has steering-wheel-mounted shift paddles, and there is a $1,300 price difference between the two gearboxes. My tester had the automatic, but Honda builds such buttery-smooth manuals, it'd be a toss-up for me, were I in the market for this car. For what it's worth, the manual returns slightly better fuel economy.

The iTech adds XM satellite radio, upgraded stereo system with MP3/WMA compatibility, and a voice-responsive navi system, among other things. Add another $1,500 for all this stuff.

As an enthusiastic fan of the Civic, I'm hard-pressed to fault the CSX. It's arguably the best looker in the compact car category, delivers outstanding fuel economy, is comfortable and highly driveable behind the wheel, has decent trunk room: 341 litres, and has an impressive history of reliability. Consumer Reports, for example, gives top marks to every Civic manufactured from 2001 to the present. New or used, the Civic is one of the most dependable cars on the road. And if the Civic is reliable, then so is the CSX. My tester was a 2011 version, but the CSX is a carryover from 2010, with minimal changes.

However, all is not sweetness and light. There are a couple of things to gripe about. First up: road noise. Honda/Acura need to address this problem; virtually every one of their products that I've driven lately is sub-par when it comes to road racket seeping in through the wheel wells, up through the floor, and around the body seams. The drivetrain of the CSX is as quiet as a dormouse, but in operation, it's flat-out noisy.

Secondly, headroom is in short supply. Because of the steeply sloped windscreen, there isn't much between the top of your head and the roof with the CSX. Taller folks in particular may find things kind of close once they slide behind the wheel.

And last, but hardly least, pricing. On the scale of things, the CSX has a reasonable base price of $24,290. But, just for the sake of argument, I can pick up a Civic EX-L that has most of the same stuff as the CSX, but for less money.

And, if I want more oomph, I can get a Civic Si sedan for about the same money as the iTech CSX, with an additional 42 horsepower thrown into the mix. True, you won't have the Acura badge front and centre, and extras such as leather interior and a navi system will be absent, but you'll have essentially the same car, except that it'll go faster. I guess it boils down to luxury versus performance.

Buy a vehicle that retains its resale value well
March 4, 2011 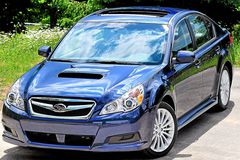 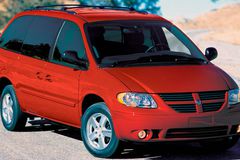 Review
It was a Galant effort by Mitsubishi
March 3, 2011 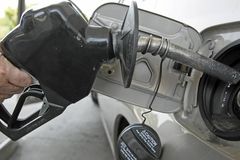 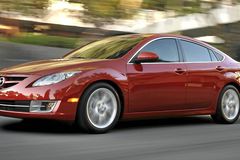