Gentlemen: I am leasing a 2009 Mercedes-Benz B200T until March, 2012, although the folks at M-B inform me that under certain conditions I may return the car early. I would consider another B200T, say a 2012 model, if it were available in 4Matic and as a diesel. Since this is highly unlikely, do you know whether a similar-size vehicle with four-wheel-drive, possibly diesel, may be forthcoming from any of M-B's competitors? – Robert in Oshawa, Ont.

Cato: Bob, your timing is off by just a little bit. That is, the replacement for your B-Class, which was unveiled last month at the Frankfurt Motor Show, will go on sale in Europe by year-end, and then come to Canada next year. Don't expect a diesel version any time soon, though, and no 4Matic.

Audi will launch a diesel version of the Q5 crossover, but details are sketchy. And then… Well, a flood of new diesel-powered vehicles between now and 2016.

Vaughan: Cato, it is high time. I drive one and now, Bobby, it is time for you to try a diesel, too. The challenge is to find one that fits your needs. We know this: You have the top of the line, turbocharged B-Class, so you won't mind paying the extra that a diesel will cost to purchase.

Cato: We all know you belong to the converted crew of diesel demons, Vaughan. And it's a small club. Less than 3.0 per cent of all passenger vehicles on the road in Canada run on diesel.

Two problems: first, cost. Only Volkswagen sells an affordable diesel line priced to start in the mid-$20,000s. Second, perceptions based on what happened back in the 1970s when diesels were unreliable, noisy, smelly, smoky and gutless.

Vaughan: No more, Cato. No more. Modern diesels are quiet and smooth, powerful, clean as the cleanest gas car and 25 to 40 per cent more fuel efficient.

Cato: Okay, okay. I'm just pointing out the facts as they are, not as you'd like them to be.

And so what? Personally I find a front-wheel-drive car with decent winter tires will get through just about anything, but that's your call.

Cato: The affordable diesel choice is the Audi A3 ($35,300), but no quattro version from the quattro company, Audi. That makes no sense to me.

Bob, you can wait for the Q5 diesel or wait another year until Mazda starts launching a line of affordable diesels later next year – most likely in some sort of SUV or minivan.

Mazda is being careful with details, but the big picture is simple: Mazda will be the first Japanese auto maker to introduce mainstream diesels in Canada.

Vaughan: It's this combination of diesel and four-wheel-drive that is a little difficult to find. Cato's correct about the A3 – front-wheel-drive only. BMW puts a diesel in the 3-Series ($49,900 base), but no all-wheel-drive.

Vaughan: Ford gets diesel-like fuel economy with its EcoBoost gasoline engines, Cato. That's a possibility. But forget about looking for a diesel car at a Ford dealer because it doesn't sell them and doesn't intend to sell them.

Cato: Exactly right. I have grilled Ford's product types on this. Why no diesels here? The answer is always the same: they'd be too expensive and would not sell.

Vaughan: Bobby could have a look at Mercedes-Benz on the other hand ; it has the ML350 BlueTEC at $59,400. I recently drove the all-new 2012 version and it has the most beautiful interior, a very comfortable ride and a four-wheel-drive system that will take you anywhere.

I'm not sure if you want to spend that much, but if you do the ML diesel might be for you.

Cato: We've gone through a laundry list of diesels, and I'm worried we're not being very helpful. So here's my recommendation, Rob. Don't buy anything. Instead, take out a two- or three-year lease on something you think might work and wait for the diesel picture to clear.

Vaughan: Obviously the VW Golf Wagon TDI ($26,875). Great value and it will do everything your B does now with more fuel efficiency. The Audi A3, too. Something a little ritzier.

Cato: Agree. I like the Golf best. You might want to test drive these more expensive diesel SUVs, but just so you take in the whole, big picture, go for a run in a Toyota Highlander Hybrid SUV ($42,850): diesel performance and fuel economy and all-wheel-drive. Worth a look. 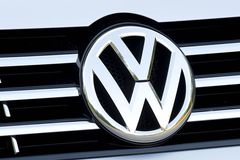 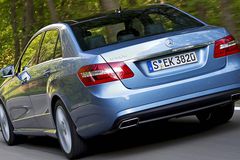 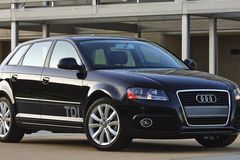 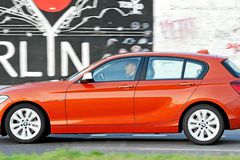 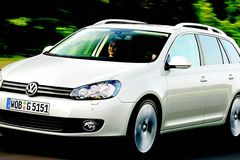 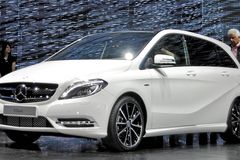 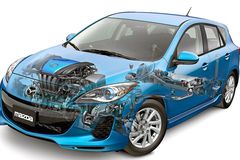