We're well aware, for instance, that smaller cars make sense for many of us, and this is pretty much proven by the size of the entry-level market segment, which accounts for about 50 per cent of total car sales.

But many of us are even smarter than that, also understanding that to maximize a small car's capabilities it has to have a hatch in the back. Which is why Hyundai couldn't wait to reintroduce a hatchback to complement its latest compact Elantra sedan.

A hatch had been missing from Hyundai's compact car range since the introduction of the all-new Elantra for 2007 (Hyundai hatch buyers were thus limited to the subcompact Accent), but returned for 2009 in the form of the Elantra Touring.

The South Korean-built Touring isn't simply a five-door Elantra, but a North Americanized version of Hyundai's Europeanized I30 hatchback/wagon, and also based on the fourth-generation Elantra we get here. Confused? Well, I may be, too, but welcome to auto-industry globalization.

Whatever the coils and twists of its DNA, the Elantra Touring is most definitely a practical family car proposition, with the capability of carrying four in comfort, five if required, and as much cargo as some compact crossover utility vehicles. Certainly more than many conventional hatchback designs.

The Touring is actually a handful of millimetres shorter than the Elantra sedan, although wider and taller, but its rather attractive sort of station wagon-y looking bodywork is wrapped around a very generous amount of interior volume.

With the rear 60/40-split seats upright, there's 689 litres of cargo space and, with them folded, this expands to a whopping 1,848 litres, accessed through a large hatch. By comparison, a Toyota Matrix has a total of 1,359 litres and the Mazda3 Sport 884 litres, while Hyundai's own Tucson CUV offers only four litres more and Honda's CR-V 216 litres of additional space.

Long gone are the days of cheesy-looking interiors in Hyundai products. The Touring's cabin has plenty of plastic to be sure, but it doesn't look or feel particularly cheap, fits as it's supposed to and is trimmed in silver on the centre stack and steering wheel.

The blue back-lit instrument cluster looks kind of classy and the audio and climate controls are easy to reach and operate with a nice touch.

There are plenty of storage nooks, crannies and bins, outside mirrors are well shaped, headroom is more than fine, the front seats have firm rib bolsters and adjust to let you set up a good driving position, there's a dead pedal for your left foot, headlights are fair and interior noise levels moderate.

Spend another $1,200 or so for the preferred package and you add air conditioning, ABS brakes, front and rear airbag systems, heated front seats and remote keyless entry.

Stepping up to the GL gets you an audio upgrade, a cooled glove box (which sounds silly, but might be useful if you've got thirsty kids), better seats with more adjustability, power mirrors, fog lights, lighted vanity mirrors, tilt/telescope steering wheel with cruise controls, a wiper de-icer and a trip computer.

The Touring's engine is the same 2.0-litre, dual-overhead-cam unit used in the Elantra sedan and is rated at 138 hp at 6,000 rpm and produces 136 lb-ft of torque at 4,600 rpm, with enough of the latter available from about half that to provide good drivability through the four-speed automatic transmission.

Another ratio would improve performance, but you'll find it accelerates off the line with plenty of vigour, handles passing and merging tasks safely enough and cruises comfortably.

Its noise levels are subdued unless your foot is well into it and it's also reasonably fuel-efficient with ratings of 8.7 L/100 km city and 6.5 highway.

An effort seems to have been made to retain at least some of its European handling flavour, with spring rates and anti-roll bars stiffer than those of the sedan. But on the GL tester, these were at least partially negated by the skinny, tall-sidewalled, P195/65 R15 all-season rubber.

Body roll isn't too bad and the ride is firm, dealing comfortably with most bumps, but feeling underdamped and clattery over more broken pavement.

Over all, the handling exhibits no particular vices, however, and I guess it's a case of "it is what it is" -which is to say a tall-ish family hauling device, not a sports sedan. Stepping up to the Sport package's 17-inch wheels and P215/45R17 tires likely improves things quite a bit.

The Elantra Touring isn't the "hot-hatch" type of machine that will appeal to the enthusiast like, say, the Mazdaspeed3 or VW's GTI, but it should prove a very practical family vehicle, and one that also offers plenty of features at an affordable price. A good first impression, but there are loose ends
May 2, 2018 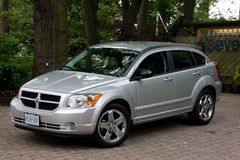 VW shows why diesel should be on your radar
November 13, 2017 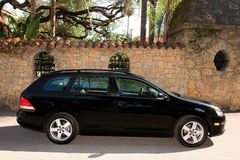 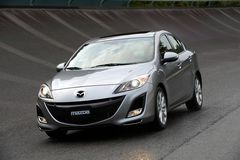 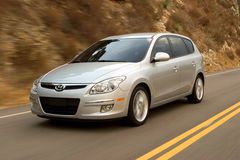